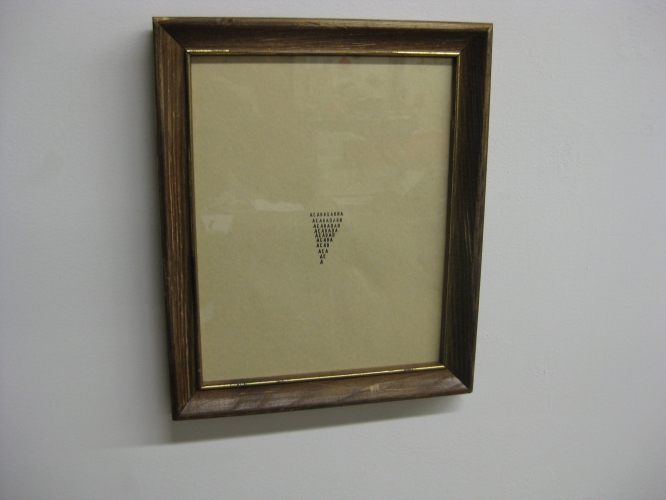 On May 1, 2012, anarchists and other anti-captialist, anti-racist and queer activists took to the streets of Seattle attacking corporate property and vandalizing the courthouse building in a wild and uncontrollable display of resistance and resentment. In the months that followed a federal grand jury investigation led to the harassment and arrest of dozens of anarchists in the Pacific Northwest. Several were forced into prison in an attempt to coerce them into collaborating with the state. Most of them refused and became celebrated internationally as “the Silent Ones.”

Songs for Silence are a collection of artworks made during this time that reflect on the difficulty of articulating anger at the police; the violence of the grand jury system, the police and imprisonment; the visual cultures of protest and the ways in which the police attempt to respond by their own “exhibitions” of evidence.

GABRIEL SALOMAN is a Santa Cruz based musician, artist, writer and educator. As an artist he has exhibited internationally, both individually and in various collaborations such as Red76, The STAG Library and the Lower Mainland Painting Co. Recent exhibitions of his work have taken place at 221a, Unit/Pitt Projects (both Vancouver) and the Museum of Contemporary Canadian Art (Toronto) and he is the co-creator with Justin Langlois of Neighborhood Time Exchange (Philadelphia). His current work focuses on the production of visual artworks from time-based phenomena such as sound composition, dance, social practices and protest. He received an MFA from Simon Fraser University’s School for the Contemporary Arts and is currently a PHD candidate at University of California Santa Cruz’s History of Consciousness program.

SubRosa is a collectively run anarchist community space, a place to meet others and challenge our assumptions and act on our passions. We strive to create a vibrant environment for events, classes, meetings, organizing, performance, art, studying and more. SubRosa also offers radical literature for sale, and houses the Anarchist Lending Library. We welcome folks to join us in fostering an environment free from coercion, sexism, homophobia, racism, and other hierarchies. http://www.subrosaproject.org/ and https://www.facebook.com/subrosaproject
Added to the calendar on Sun, Jan 29, 2017 7:49PM
Add Your Comments
Support Independent Media
We are 100% volunteer and depend on your participation to sustain our efforts!