Policies or decisions are being made on behalf of the homeless community and homeless voices are being left out of the process. In 2016, The Coalition on Homelessness launched a series of Homeless People’s Popular Assemblies (HPPA) in encampments around the City. HPPA's were led solely by homeless or formerly homeless people. These efforts led to leadership development, encampment sweep monitoring and a homeless led petition drive with over 500 homeless signatures calling for dignity and human rights of encampment residents.

This MLK Day, The coalition on homelessness reclaimed the Radical Legacy of Dr. King as an advocate for Economic Justice and the Rights of Poor People everywhere!
https://www.facebook.com/noemie.serfaty/me...
§Bilal Ali, Organizer with the Coalition on homelessness
by Noémie Serfaty Thursday Jan 19th, 2017 3:11 PM 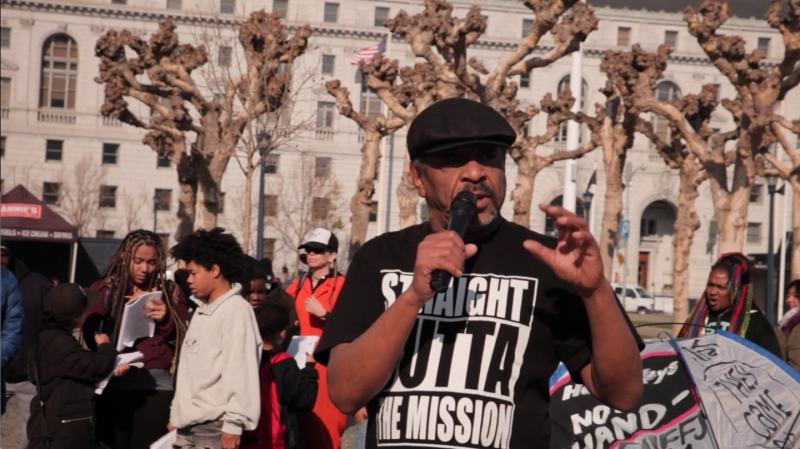 original image (1440x809)
Bilal reminds the crowd that homeless people should be the first to be consulted on the issue of homelessness.
https://www.facebook.com/noemie.serfaty/me...
§
by Noémie Serfaty Thursday Jan 19th, 2017 3:11 PM 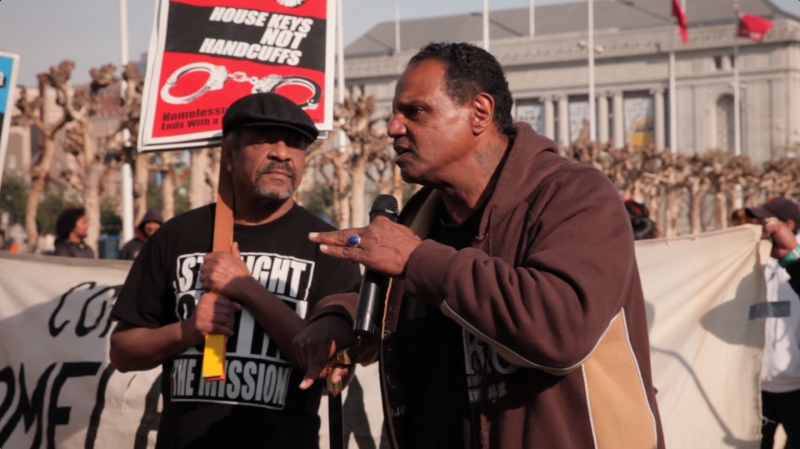 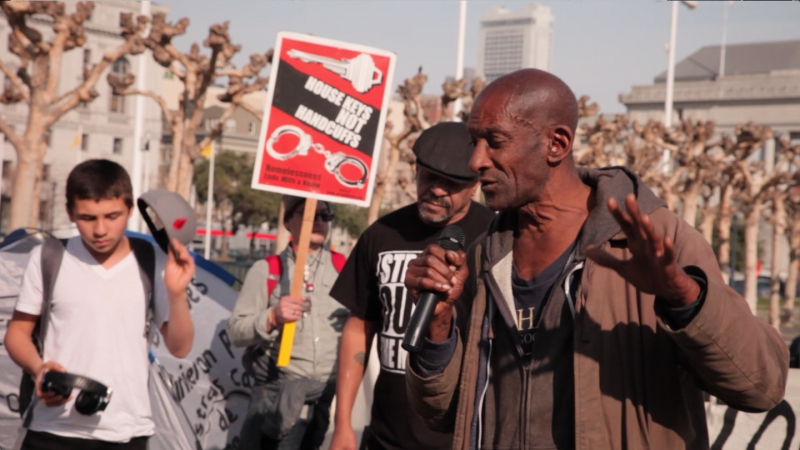 original image (1440x810)
"The people out here that are homeless have enough initiative to repair and rebuild housing facilities...They can build up and fix their own facilities"
https://www.facebook.com/noemie.serfaty/me...
§
by Noémie Serfaty Thursday Jan 19th, 2017 3:11 PM 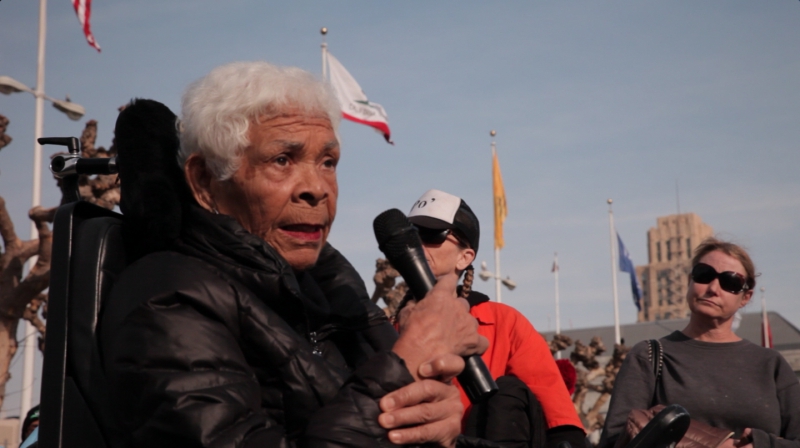 original image (1440x808)
"California if it were a country would have the 6th largest economy in the world. It has a surplus of money. There is no excuse for people being on the streets and dying."
https://www.facebook.com/noemie.serfaty/me...
Add Your Comments
Support Independent Media
We are 100% volunteer and depend on your participation to sustain our efforts!