The report, “A Preliminary Environmental Equity Assessment of California’s Cap-And-Trade Program,” authored by Rachel Morello-Frosch, Manuel Pastor, James Sadd, Lara Cushing, Madeline Wander, and Allen Zhu, "demonstrates that polluters using the cap and trade system are adversely impacting environmental justice (EJ) communities. The system is not delivering public health or air quality benefits, not achieving local emissions reductions, and it is exporting our climate benefits out of state," according to the California Environmental Justice Alliance. 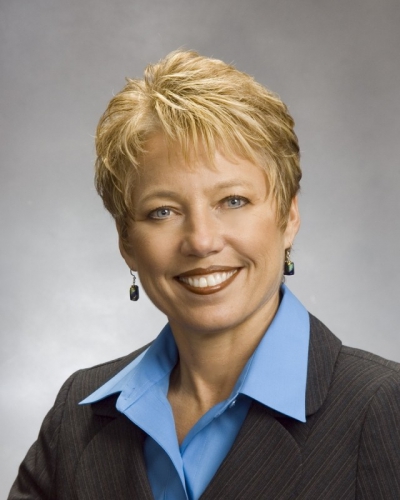 Environmental politics in California is known for the strange bedfellows that collaborate on some issues, including the state's controversial cap-and-trade program.

The latest case in point is the statement issued on January 10, 2017 by Catherine Reheis-Boyd, the President of the Western States Petroleum Association (WSPA), supporting the continuation of California's cap-and-trade-program, as proposed by Governor Jerry Brown in his 2017-2018 budget, providing that it “protects” the economy and “California families, consumers and businesses.”

Reheis Boyd chaired the Marine Life Protection Act (MLPA) Initiative Blue Ribbon Task Force to create so-called “marine protected areas” in Southern California from 2009 to 2012, as well as serving on the task forces for the Central Coast, North Central Coast and North Coast from 2004 to 2012. These “marine protected areas” fail to protect the ocean from fracking, offshore oil drilling, pollution, military testing, corporate aquaculture and all human impacts on the ocean other than sustainable fishing and gathering.

Many environmental justice and indigenous organizations oppose cap-and-trade, calling it “carbon trading” or “pollution trading,” because of the tremendous adverse impacts the program has on indigenous communities and the environment throughout the world.

"The Governor, as part of his 2017-2018 Budget, has proposed to authorize California's cap-and-trade program beyond 2020.The proposal would include a 2/3 vote to allow the State to continue to raise billions of dollars.

WSPA and its member companies believe focusing on a market mechanism to achieve California's climate goals is the prudent approach. In 2016, California adopted one of the most stringent GHG reduction targets in the world. Achieving this target will be difficult and costly. Achieving the reductions through a well-designed cap-and-trade program will minimize those costs. Where today's proposal falls short is that it simply layers the cap-and-trade program on top of costly and counter-productive command-and-control measures, disregarding the increasingly important role of cost containment.

WSPA looks forward to working with the Governor and the Legislature on a climate program that works towards achieving California's climate goals while protecting the economy and California families, consumers and businesses."

In his state budget released on January 10, Jerry Brown proposed the introduction of two-thirds urgency legislation in the State Legislature to continue the cap-and-trade program.

“The state has appropriated $3.4 billion in cap-and-trade auction proceeds to help reduce greenhouse gas emissions, with funding prioritized in disadvantaged communities," according to the Governor’s Office. “With volatility in recent auctions due in part to uncertainty about the program’s post-2020 future, the Administration proposes two-thirds urgency legislation to confirm the program’s continued authority beyond 2020. Assuming approval, the budget proposes $2.2 billion in expenditures from auction proceeds, with a continued emphasis on low-income and disadvantaged communities.”

Opposition to carbon trading policies this year led to the California Legislature removing cap-and-trade programs — and the related REDD policies — from green energy and climate change legislation Governor Brown signed into law in September 2016. Indigenous leaders and environmental justice defenders from throughout the world have strongly opposed cap-and-trade policies for the devastating impacts that they have on indigenous communities.

A report released in September 2016 documents critical flaws in California's carbon trading system, proving many of the concerns the environmental justice community has long raised.

The report, “A Preliminary Environmental Equity Assessment of California’s Cap-And-Trade Program,” authored by Rachel Morello-Frosch, Manuel Pastor, James Sadd, Lara Cushing, Madeline Wander, and Allen Zhu, "demonstrates that polluters using the cap and trade system are adversely impacting environmental justice (EJ) communities. The system is not delivering public health or air quality benefits, not achieving local emissions reductions, and it is exporting our climate benefits out of state," according to the California Environmental Justice Alliance.

The growing opposition to carbon trading was spotlighted at the end of Governor Jerry Brown's keynote address at the World Climate Summit in Paris on Tuesday, December 8, 2015, when indigenous leaders heckled Governor Jerry Brown, challenging him on his support of controversial carbon trading polices that represent “a new form of colonialism” that could potentially cause genocide.

Brown had just finished his brief remarks when Penny Opal Plant of Idle No More stood up and shouted, “Richmond, California says no to REDD and no to evacuating indigenous people from their forests. NO REDD!”

Indigenous leaders and environmental activists in the room around her joined her in yelling, "NO REDD!"

A joint news release from the Indigenous Environmental Network and Friends of the Earth International described REDD as a “carbon market mechanism, land-grabbing false solution to climate change that could potentially cause genocide.” (http://www.ienearth.org/un-promoting-potentially-genocidal-policy-at-world-climate-summit)

“Instead of cutting CO2 and greenhouse gas emissions, the UN, the US, the EU, China, Norway and climate criminals like BP, Total, Shell, Chevron, Air France and BHP Billiton are pushing a false solution to climate change called REDD (Reducing Emissions from Deforestation and Degradation)," according to Tom Goldtooth, Executive Director of the Indigenous Environmental Network.

"REDD is a carbon offset mechanism which privatizes the air that we breathe and uses forests, agriculture and water ecosystems in the Global South as sponges for industrialized countries pollution, instead of cutting emissions at source," said Goldtooth. "REDD brings trees, soil, and nature into a commodity trading system that may result in the largest land grab in history. It steals your future, lets polluters off the hook and is a new form of colonialism. NO to Privatization of Nature!”

For more information, go to: http://www.dailykos.com/story/2015/12/9/1458504/-Indigenous-activists-challenge-Governor-Brown-for-backing-genocidal-carbon-trading-program

In case you weren't aware, the Western States Petroleum Association (WSPA) “is a non-profit trade association that represents companies that account for the bulk of petroleum exploration, production, refining, transportation and marketing in the five western states of California, Oregon, Washington, Arizona, and Nevada."

It is the largest and most powerful corporate lobbying group in the West and Sacramento — and has spent more than other lobbying organization in Sacramento in recent years to exert control over the Governor’s Office, regulatory agencies and State Legislature.

From January 1, 2009 to November 8, 2016, the oil industry spent $112,371,214 on lobbying expenses in California, according to a new report, “The Chevron Way: Polluting California and Degrading Democracy.” The International Transport Workers Federation (ITF) Sydney Office produced the report, in collaboration with a coalition of conservation, consumer and environmental justice groups.

To view the original version of the WSPA statement on cap-and-trade, visit the PR Newswire: http://www.prnewswire.com/news-releases/wspa-well-designed-cap-and-trade-program-the-prudent-approach-to-meeting-states-climate-change-targets
Add Your Comments
Support Independent Media
We are 100% volunteer and depend on your participation to sustain our efforts!