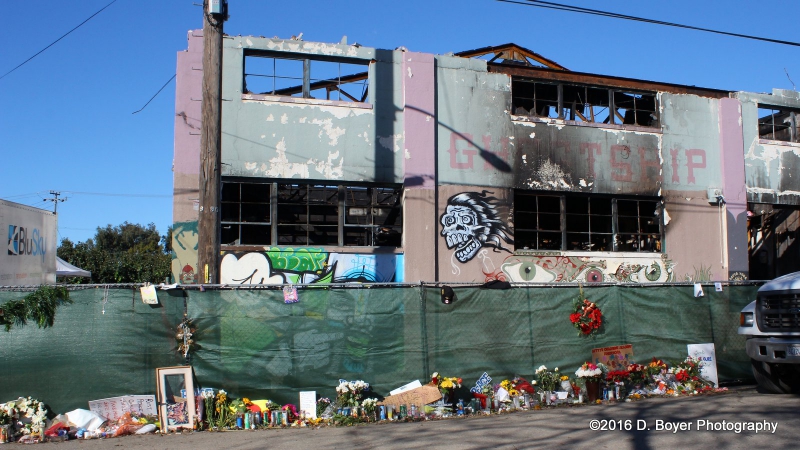 original image (1600x900)
Remains of Ghost Ship artist collective. Over 30 people died here. There is a bit of an odor there. I noticed many people who visited that site cry and their were still chaplain's on scene.

Lots of personal commentary on this.

When I went to Oakland CA today to check out the Ghost Ship artist collective I ran into folks I know. I hadn't seen those folks since my City College and SF State days, and we hung out for hours. We even went to some old speak-easy on Fruitvale or International Blvd in the Fruitvale area of Oakland and drank a few beers.They were all hovering around the ghost ship warehouse walking up to folks and chatting with them.

After a long conversation which centered around our lack of community and community spaces they straight up said they do NOT want the leaser Derick Almena, the leader of the Ghost Ship charged with any crime.

They want him left alone.

Why? Because he single handedly created a somewhat safe community space.

Some of the victims from that fire did not have families who supported them or provided them with safe space, but that warehouse did.

Think about it folks. You gonna let anger get a man charged who created a very rare COMMUNITY SPACE?

When I first moved to San Francisco it was an artist enclave that gave me my first job and set me on my path. Those places are needed.
§Ghost Ship
by D. Boyer Monday Dec 19th, 2016 8:05 AM 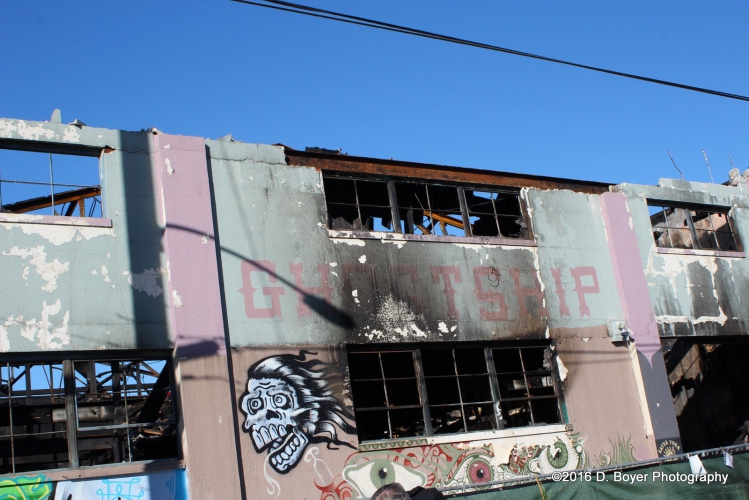 original image (1600x1067)
This place believe it or not provided a safe space for folks who did noit have one. Some of those folks who perished were transgender.
§Lots of memorials
by D. Boyer Monday Dec 19th, 2016 8:05 AM 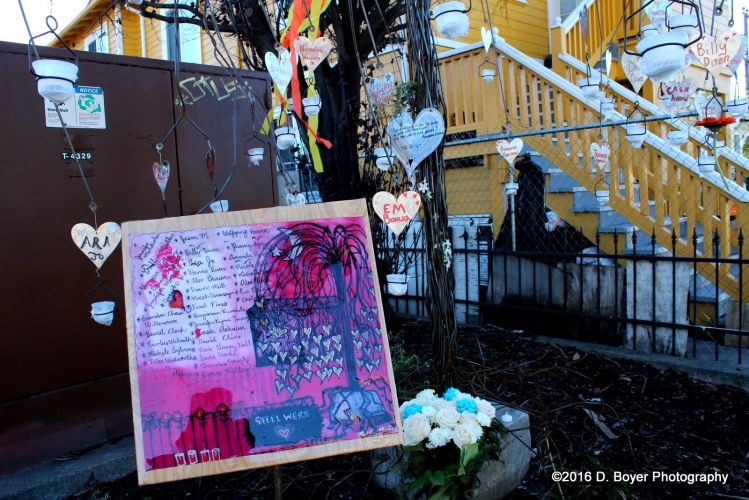 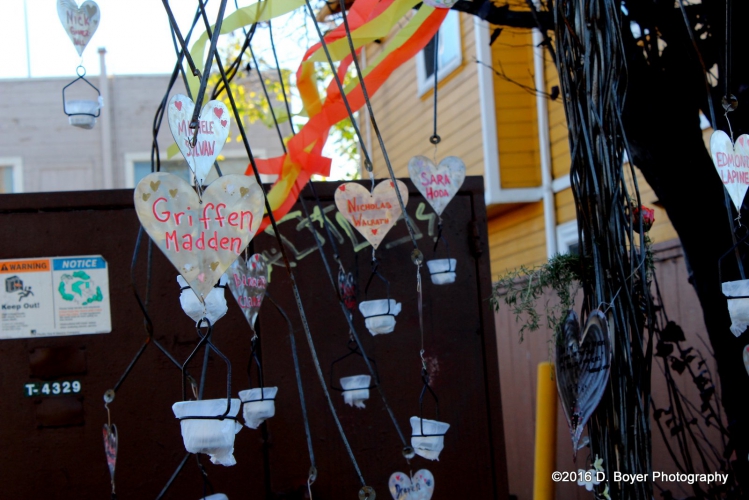 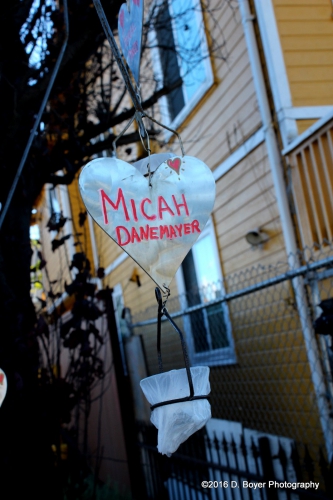 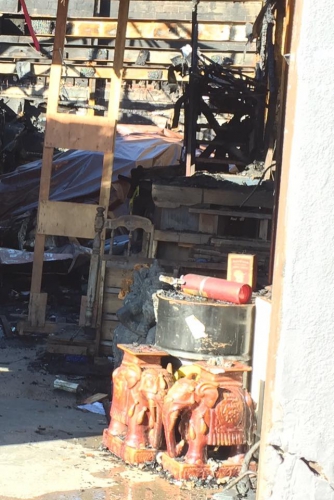 original image (642x960)
Photo from Ghost Ship artist collective remains.
In this photo, to the right in the forefront you see statues, then you see a fire extinguisher, then further back to the right are what's left of their makeshift stairwell to the second floor, which you can see that floor doesn't exist anymore.
#ghostship #fire #surreal
§My eyes teared up when I visited the site.
by D. Boyer Monday Dec 19th, 2016 8:05 AM 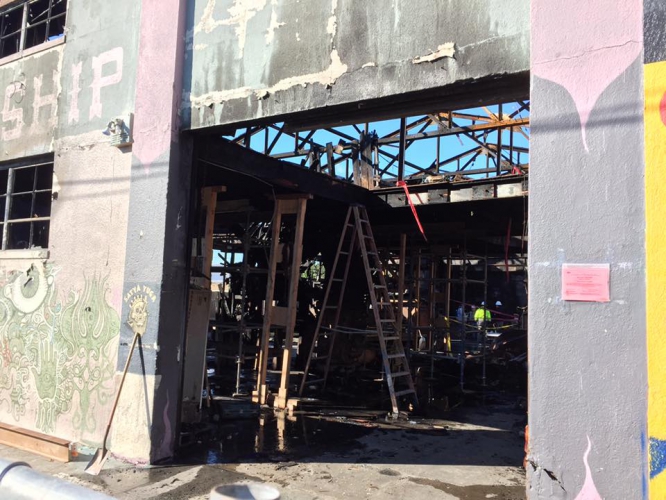 original image (960x720)
My eyes teared up. The hardest part about dealing with this scene is knowing how they died. I have seen a person burn before while they were inhaling smoke and it is an ugly way to go. Sorry for bringing that up.
§Some art or statues survived that fire?
by D. Boyer Monday Dec 19th, 2016 8:05 AM 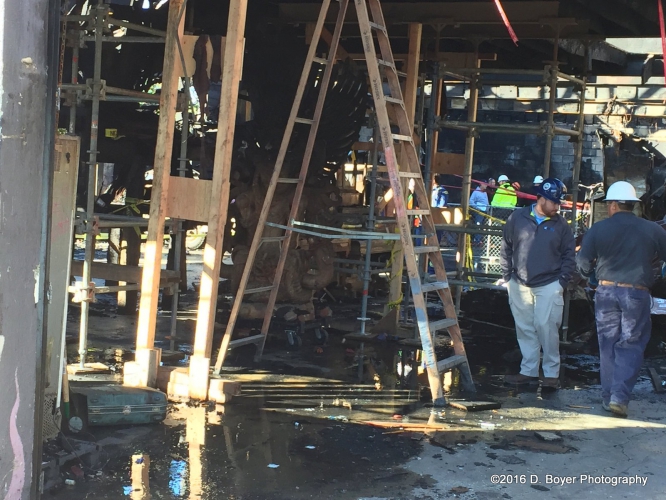 original image (1600x1200)
You can see in the background behind the ladders a statue on a 4-way dolly. It seemed like some of the relics(art) were trying to be salvaged from the remains.
§The side of the Ghost Ship artist collective
by D. Boyer Monday Dec 19th, 2016 8:05 AM 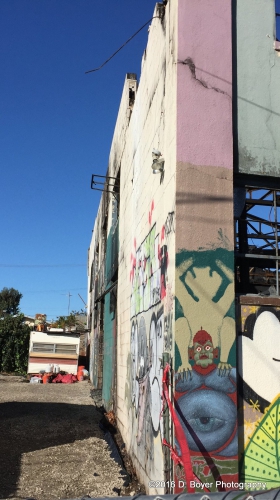 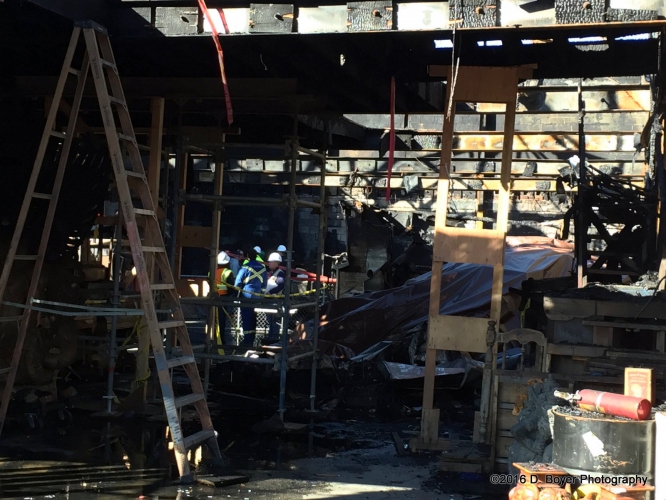 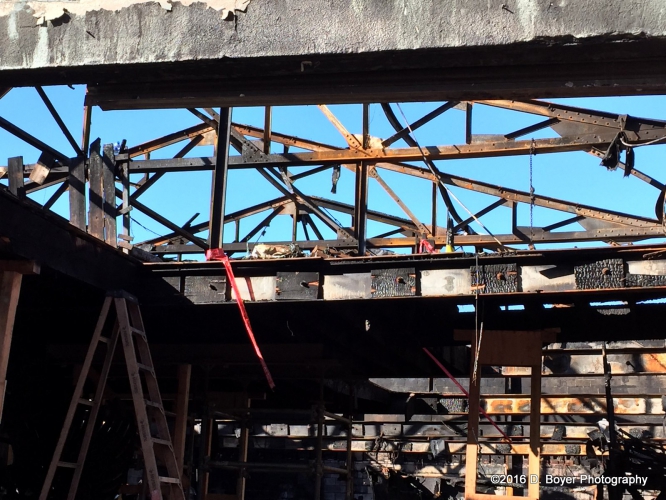 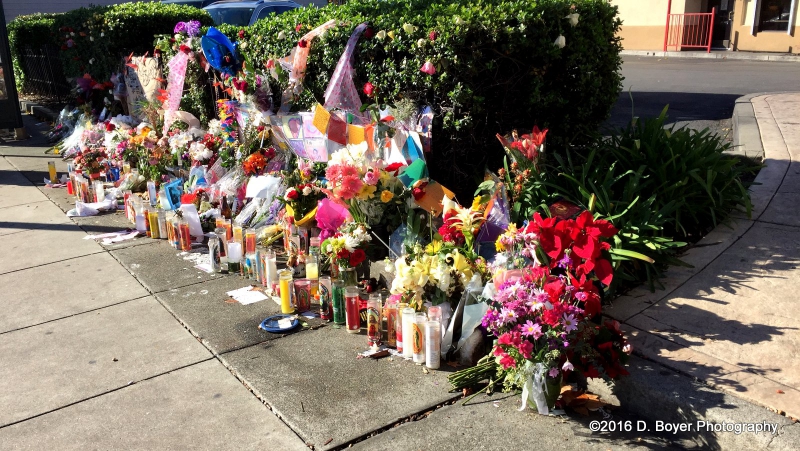 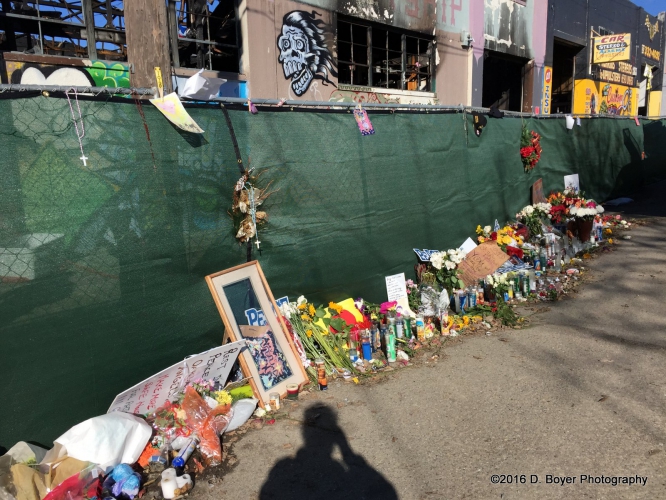