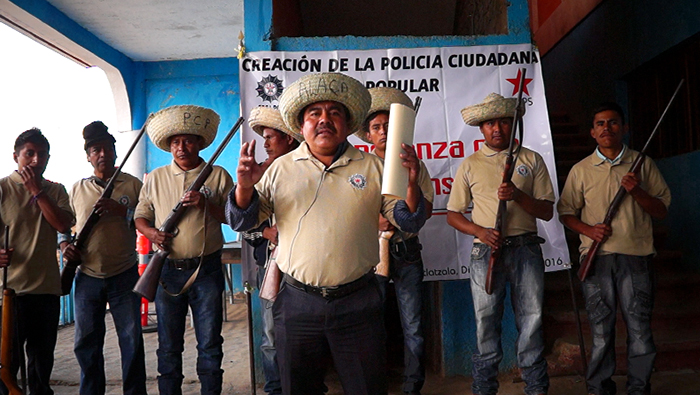 On December 2, 2016, in the community of Alacatlatzala, Guerrero, an indigenous and popular armed group was founded, with its principal goal being to manage their own security and that of their families, lands and territories, due to the immense and increasing violence and extortion these communities exist in, far removed from “progress” and the assistance of the Mexican government. As such, under the principles of autonomy and popular sovereignty, dozens of indigenous Na’ Savi people have taken up arms - though they clarify that it is symbolic – in order to create a collective rupture with organized crime, municipal police and the army, who have led the way in trampling the life and peace of this and other communities that form the Regional Coordinator of Justice & Security and the Citizen & Popular Police (CRSJ-PCP), also formed on a December 2, but in 2012, December 2 being the date when teacher and revolutionary Lucio Cabañas Barrientos was murdered.