§Fukushima contract repair workers are being contaminated and many get no safety training
by No Nukes Action Committee Saturday Dec 10th, 2016 11:01 AM 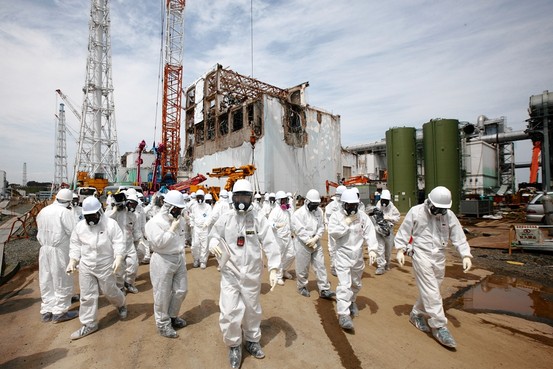 The Japanese government which has nationalized Tokyo Electric Power Company TEPCO has refused to directly hire workers who are trying to deal with the continuing dangers to the people and workers. Most contract workers do not have proper health and safety training and also corrupt sub contractors profit from the exploitation of these clean up workers.
http://nonukesaction.wordpress.com/
Add Your Comments
Support Independent Media
We are 100% volunteer and depend on your participation to sustain our efforts!