Add an Event
Newswire
Calendar
Features
Home
Donate
From the Open-Publishing Calendar
From the Open-Publishing Newswire
Indybay Feature
Publish to Newswire
Add an Event
Related Categories: U.S. | Environment & Forest Defense | Global Justice & Anti-Capitalism | Government & Elections | Police State & Prisons | Racial Justice
Oceti Sakowin Camp Calls for Immediate Federal Protection for Peaceful Occupation of 1851 Treaty Land
by via Oceti Sakowin Camp
Sunday Nov 27th, 2016 6:33 PM
Standing Rock Reservation, Oceti Sakowin Camp. North Dakota, November 27, 2016 — In the past year the world has witnessed an all-out attack on oaths central to the promises made to the Indigenous People of these lands, as well as many oaths this country was founded upon. Those who have the courage to hold the vigil of consciousness momentarily found comfort when President Obama intervened in September, after the Army Corps of Engineers (ACE) moved to grant permission to an oil company to continue desecrating lands that are protected by the 1851 Treaty of Fort Laramie. According to this document, the water itself is in the care of the Lakota, Dakota and Nakota nations. "The territory of the Sioux or Dahcotah Nation, commencing the mouth of the White Earth River, on the Missouri River: thence in a southwesterly direction to the forks of the Platte River: thence up the north fork of the Platte River to a point known as the Red Bute, or where the road leaves the river; thence along the range of mountains known as the Black Hills, to the head-waters of Heart River; thence down Heart River to its mouth; and thence down the Missouri River to the place of beginning." (State & Library, n.d.) 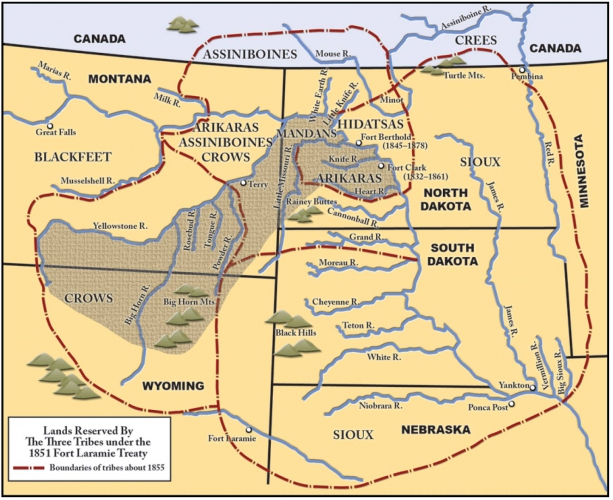 original image (1738x1416)
In September of 2016, Chairman Dave Archambault II spoke with hope, saying “…The Obama Administration has asked Tribes to the table to make sure that we have meaningful consultation on infrastructure projects. Native Peoples have suffered generations of broken promises and today the Federal Government said that national reform is needed to better ensure that tribes have a voice on infrastructure projects like this pipeline.” (Rickert, 2016)

In mid-November the Army Corps emphasized that “building without permits is a violation of federal law…” lightly threatening Energy Transfer Partners with the potential for legal action if they continue to build until the permits are granted. The Standing Rock Sioux demanded a full Environmental Impact Statement (EIS) which they still do not have. The gathering of over 300 Indigenous Nations and thousands of Water Protectors hold strong in peaceful, prayerful assembly and in clear opposition to this blatant disregard of the law.

The letter to Chairman Archambault dated November 25, 2016 from Col. John W. Henderson, District Commander of the ACE, Omaha District clearly demonstrates that the Corps is moving on behalf of the oil company for the sake of profit over people. In his official response Chairman Archambault said “Although the news is saddening, it is not at all surprising given the last 500 years of the treatment of our people. We have suffered much, but we still have hope that the President will act on his commitment to close the chapter of broken promises to our people and especially our children.”

Yet, our President who won his position on a campaign about Hope, remains silent.

Too long this country’s inhabitants have chosen to rally behind the word “Freedom” while fencing off parcels of land, throwing up walls—attempting to reduce rights to sacred and promised treaty land. America, it is time to not only bear witness to, but act in defense of the destruction of our federally established agreement between the US Government and The Great Sioux Nation. It is time to defend our Civil rights, our right to practice religion, to assemble peacefully, “…all experience hath shewn that mankind are more disposed to suffer, while evils are sufferable than to right themselves by abolishing the forms to which they are accustomed." (“Declaration of independence: A transcription,” 2016)

Spirituality cannot be caged. Speech cannot be partitioned to a particular area. The Army Corps is taking the position of ‘public safety’ stating, “This decision is necessary to protect the general public from the violent confrontations between protestors [Protectors] and law enforcement officials… to prevent death, illness, or serious injury to inhabitants of encampments.” No mention is made of the inhumane use of chemical warfare, or close-range use of projectiles. Henderson goes on to say it is the “harsh North Dakota winter conditions” that bring concern… which is outrageous after the liberal use of a water cannon for approximately nine hours upon the peacefully assembled Water Protectors last Sunday, November 20th in subfreezing temperatures, causing hundreds to suffer hypothermia, in addition to serious injuries from projectile weapons, concussion grenades, and contamination from various chemicals.

We as inhabitants of the Oceti Sakowin Camp do not trust the words of the Army Corps of Engineers. The Army Corps has blatantly ignored the Standing Rock Tribe’s demand for a complete EIS, ignored escalating human and civil rights violations, ignored the treaties and the laws of these lands.

The Oceti Sakowin Camp calls for an immediate cessation of human rights violations by all law enforcement agencies, now that serious injuries have been suffered by innocent, peaceful Water Protectors. The constant escalation of violence by Law Enforcement endangers the well being of American Citizens and Tribal Members alike.

We also call upon Colonel John W. Henderson, all Army Corps of Engineers Officers, Morton County Sheriffs, all State Officials including Governor Jack Dalrymple, & all United States Officials and Citizens to re-examine Article 5 of The Treaty of Fort Laramie of 1851 & also Article VI of The Constitution of The United States.

We are hereby calling for an immediate Restraining Order upon the Army Corps of Engineers, The State of North Dakota, & Dakota Access Pipeline Employees pending our upcoming lawsuit, & we are seeking immediate federal protection in this case, for the sake of our undisturbed, peaceful occupancy of the land under the 1851 Treaty.

It is far past time to honor the oaths that created the framework for all of the inhabitants of these lands. We as humans must choose now to live by our words in truth—rather than continue to cower behind them and live the lies that have become the norm. 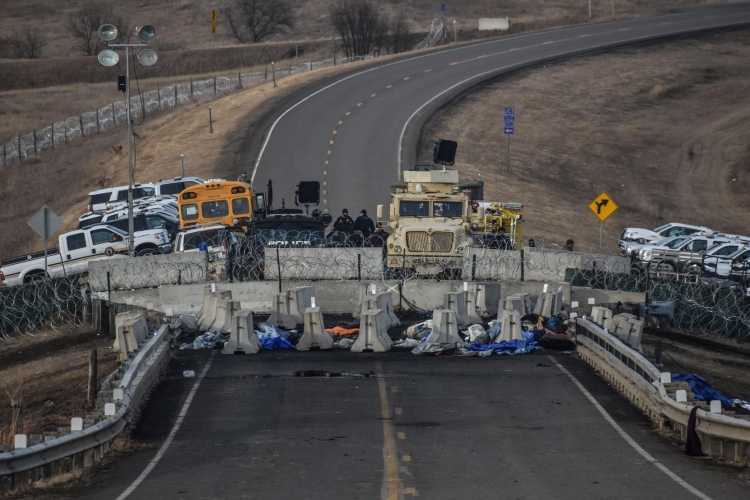 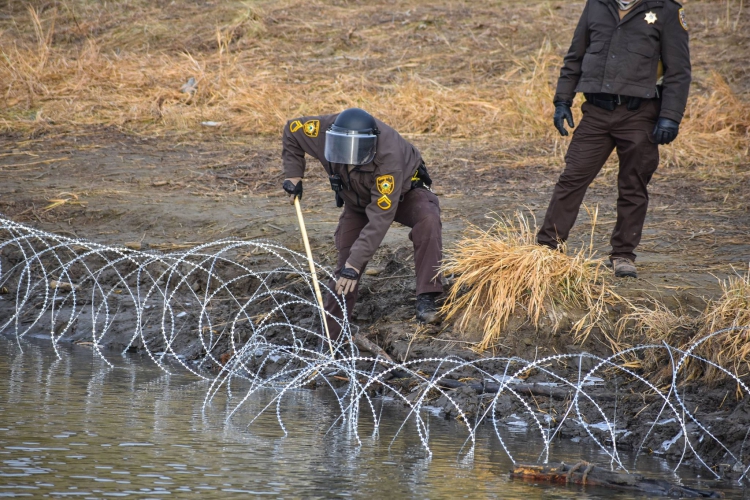 original image (2048x1365)
Add Your Comments
Support Independent Media
We are 100% volunteer and depend on your participation to sustain our efforts!