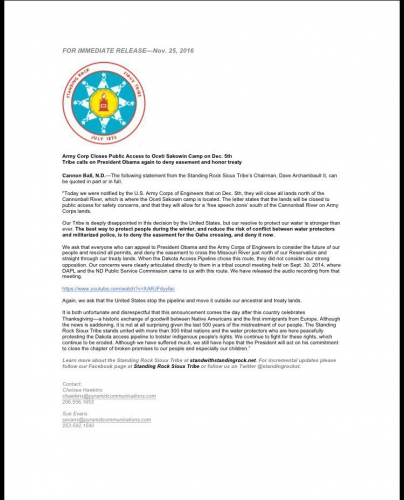 
"Today we were notified by the U.S. Army Corps of Engineers that on Dec. 5th they will close all lands north of the Cannonball River, which is where the Oceti Sakowin camp is located. The letter states that the lands will be closed to public access for safety concerns, and that they will allow for a "free speech zone" south of the Cannonball River on Army Corps lands.

“Our Tribe is deeply disappointed in this decision by the United States, but our resolve to protect our water is stronger than ever. The best way to protect people during the winter, and reduce the risk of conflict between water protectors and militarized police, is to deny the easement for the Oahe crossing, and deny it now.

"We ask that everyone who can appeal to President Obama and the Army Corps of Engineers to consider the future of our people and rescind all permits, and deny the easement to cross the Missouri River just north of our Reservation and straight through our treaty lands. When the Dakota Access Pipeline chose this route, they did not consider our strong opposition. Our concerns were clearly articulated directly to them in a tribal council meeting held on Sept. 30, 2014, where DAPL and the ND Public Service Commission came to us with this route. We have released the audio recording from that meeting.

"Again, we ask that the United States stop the pipeline and move it outside our ancestral and treaty lands.

"It is both unfortunate and disrespectful that this announcement comes the day after this country celebrates Thanksgiving—a historic exchange of goodwill between Native Americans and the first immigrants from Europe. Although the news is saddening, it is not at all surprising given the last 500 years of the mistreatment of our people. The Standing Rock Sioux Tribe stands united with more than 300 tribal nations and the water protectors who are here peacefully protesting the Dakota access pipeline to bolster indigenous people’s rights. We continue to fight for these rights, which continue to be eroded. Although we have suffered much, we still have hope that the President will act on his commitment to close the chapter of broken promises to our people and especially our children.” 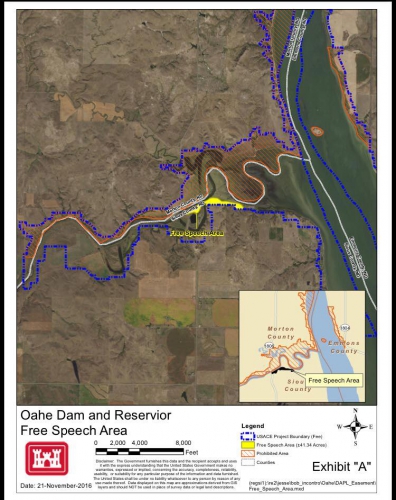 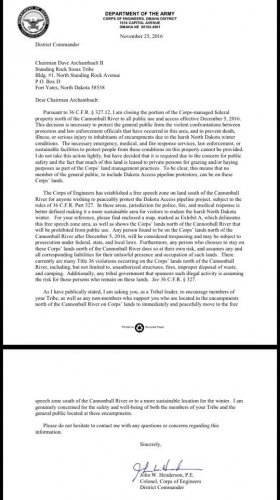 original image (539x960)
Add Your Comments
LATEST COMMENTS ABOUT THIS ARTICLE
Listed below are the latest comments about this post.
These comments are submitted anonymously by website visitors.