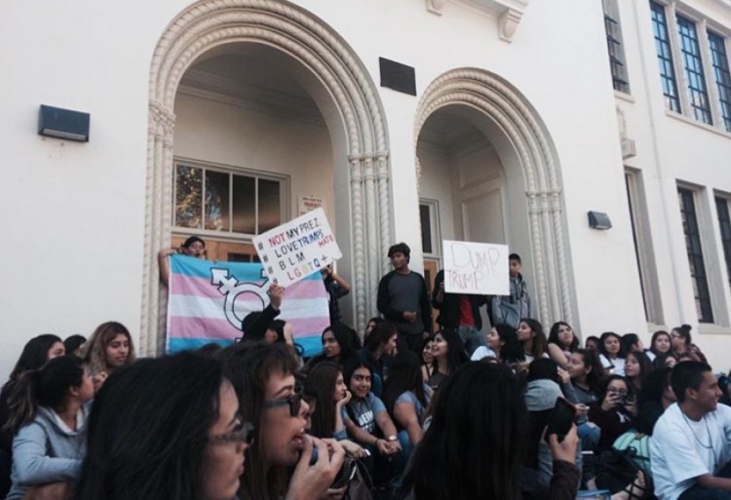 San Benito High School is located in Hollister, California and has nearly 3,000 students.

Many students left campus while others sat in front of the administration building on Monterey Street.

SBHS officials said that free speech is "encouraged and protected," however they contradicted that by saying students who missed class to protest or walk out will be charged with an unexcused absence, prompting detention hours.

In contrast to officials at San Benito High School, Portland Mercury reports that Portland Public Schools, an urban school district in Portland, OR., with approximately 48,500 students in 81 schools, stated that they support students protesting Trump, and will not count them as unexcused absences.
Add Your Comments
Support Independent Media
We are 100% volunteer and depend on your participation to sustain our efforts!