Elijah Berg’s viral petition calling on electors to make Clinton President over Trump is no more outlandish than the result we got: coronating a rapey, racist, misogynistic, transphobic, homophobic, xenophobic, thin-skinned, Narcissist whose very being is a threat to the dignity and safety of millions of people at home and abroad. 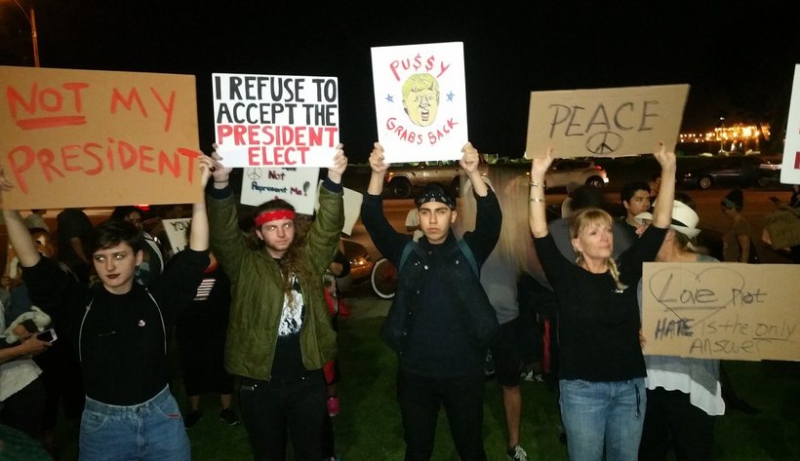 “But that would subvert democracy!” goes the cry. In fact, the electoral college was designed in part “to prevent a person unfit to govern from attaining office,” as snopes.com informs us. They should know; they deal in the absurd. Thus, Mr. Berg’s idea could save us from ourselves in a manner specifically envisioned by the framers. It’s hard to imagine a more Hamiltonian moment than the one we’re in. Take that, pious constitutionalists.

Besides, what precious democracy is there left to subvert? Everyone agrees for one reason or another the system is rigged. Campaigns are not the genuine clash of ideas they may once have been, but vulgar, no holds barred cage matches and series of dirty tricks. What more fitting terminus to Trump’s execrable candidacy than to flush it down this emergency chute actually engineered into the system?

For those who fear such an electoral college putsch would plunge us into civil war, consider: We may be headed there already. The collective psychic trauma is immense and spreading, as protests coast to coast gather thunder. Trump’s victory emboldens the haters, but Clinton’s resurrection would empower the lovers, and restore dignity and respect to the bullied and abused. With Trump, we will spend the rest of our lives re-litigating settled civil rights and environmental protections in courts populated by his doppelgangers. (Yes, the President appoints all federal judges, not just Supreme Court Justices.)

Trump voters: your children are on the verge of disowning you for dashing their hopes of inclusiveness and inviting violence against them, as they should. Is that enough of a portent of civil war for you to reconsider the damage you’ve unleashed?

Stunning as it may seem, the die is not irrevocably cast. We can still use our broken tools to re-forge our broken government, rather than settle like broken animals. Trump voters may insist that’s exactly what they did. But only a minority endorse his deplorable views. The rest cast a “Brexit plus plus plus” protest vote. We get it: Clinton and the Washington elite have some atoning to do. Now get real: The huckster “blue collar billionaire” never cared about your plight, and he’s not going to start now just because you fell for his con.

So if you’re enamored with reality television, you’ll love this adrenaline-pumping twist: The electoral college giveth, and the electoral college can taketh away. Petition the electors to deliver us from this mass hangover. We can celebrate the fact that it will take more of them to change the outcome of this election than the five Supreme Court Justices (or one) it took to stop the Florida recount and crown George W. Bush in 2000. That, and they would be certifying the candidate who actually won the most votes. Then we can have a sober conversation about how we got here.

To the electors themselves: You need not tell anyone your plans, not even each other. You can go quietly and vote your conscience.

Let’s make America mediocre and struggling to improve again, rather than a fascist nightmare and beacon of hatred. #notmypresident #pussygrabsback 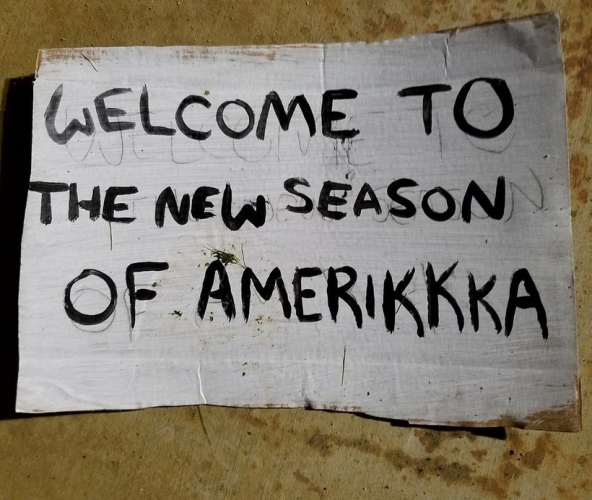 original image (820x692)
(photo: Dave Id / Indybay.org)
http://www.huffingtonpost.com/entry/5827d7...
Add Your Comments
LATEST COMMENTS ABOUT THIS ARTICLE
Listed below are the latest comments about this post.
These comments are submitted anonymously by website visitors.