original image (1400x935)
Students first started gathering mid-afternoon on Friday at Quarry Plaza to create protest signs. They then marched from UCSC to Mission Plaza, where community members had formed a giant circle in order to host an open mic. More speakers were heard when the students arrived, and a march through the downtown was held, which attracted many onlookers as participants.

The energy was high. Individuals chanted as group "Not My President!" and "No Walls, No KKK, No Fascist USA!"

As the march made its way down Front Street, demonstrators held a short general assembly at Cooper Street, which determined the march would move onward through local neighborhoods, eventually passing through the Beach Flats and arriving at the Boardwalk for another brief discussion.

Students' first march took place on November 8, unfolding spontaneously on the evening of the election as vote counts were being reported. When Donald Trump was being named President-elect, students exited their residential halls and marched around the UCSC campus. A second demonstration was organized at UCSC on November 9. That evening a large group of students marched from campus to the downtown where they merged with another Anti-Trump demonstration that was organized at the Town Clock. 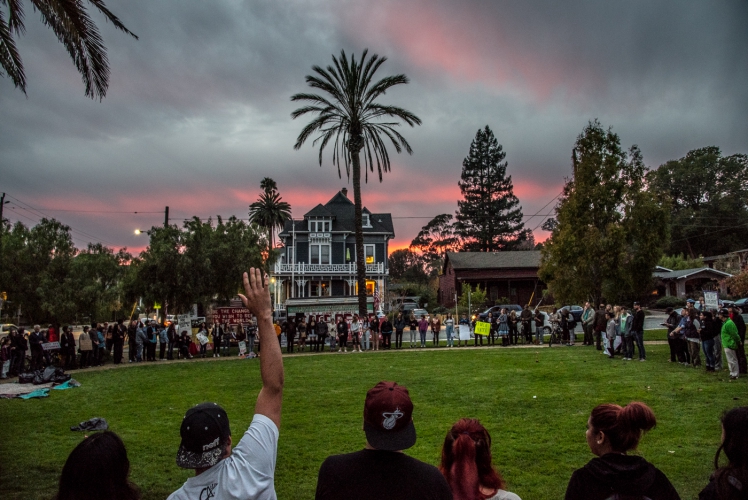 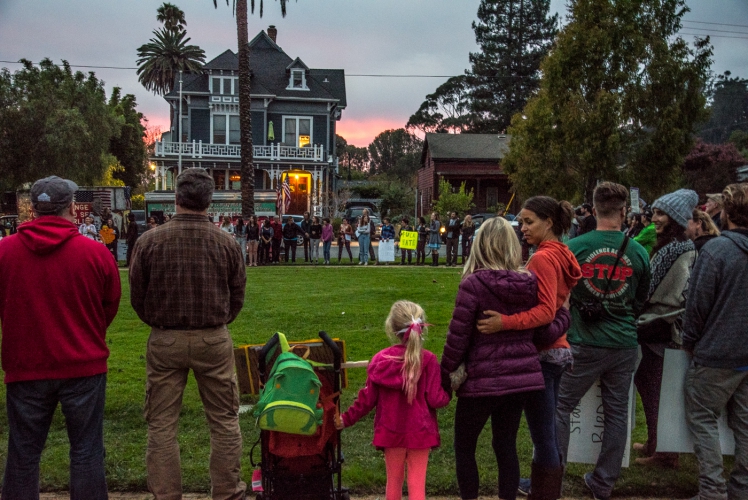 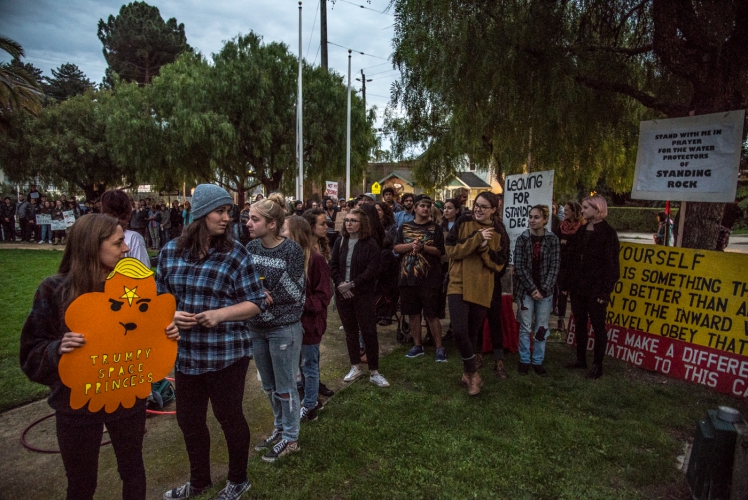 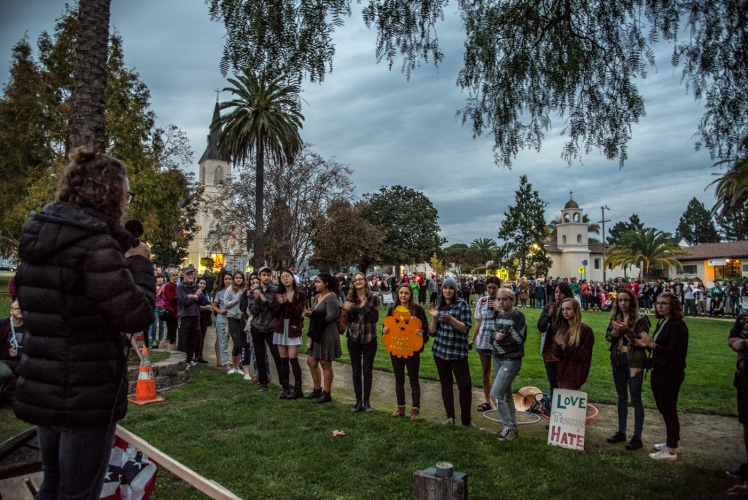 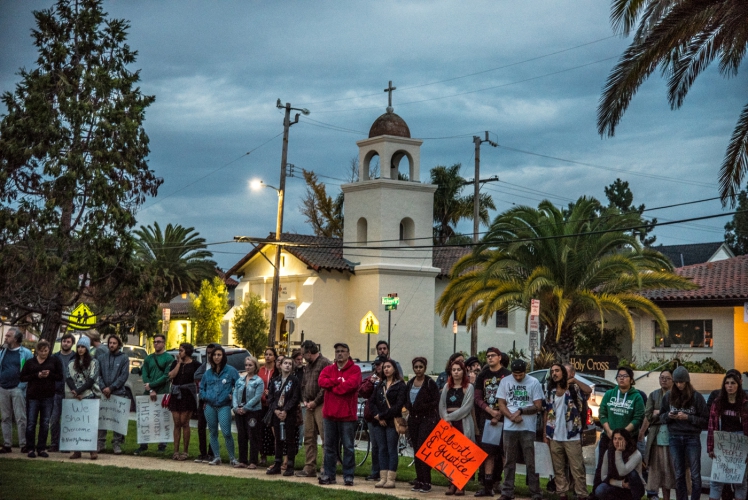 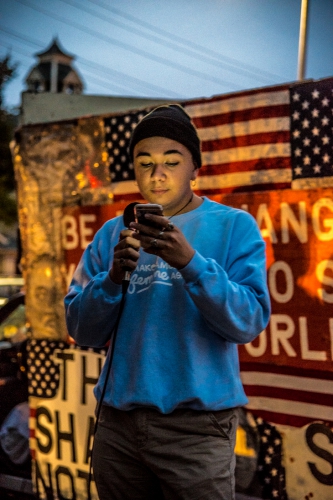 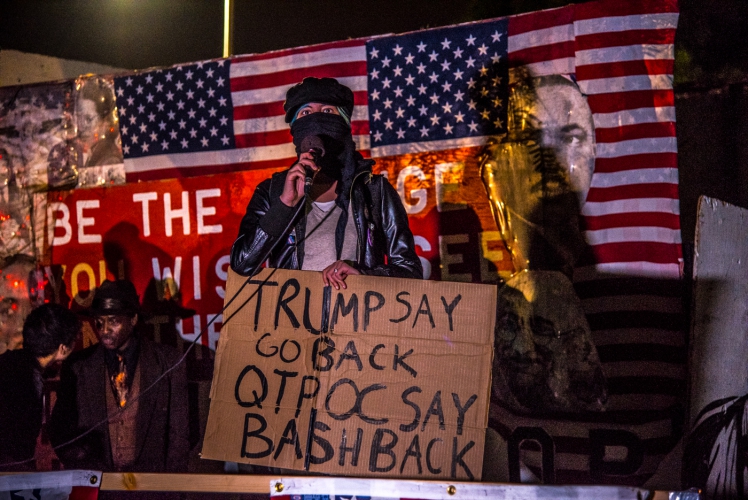 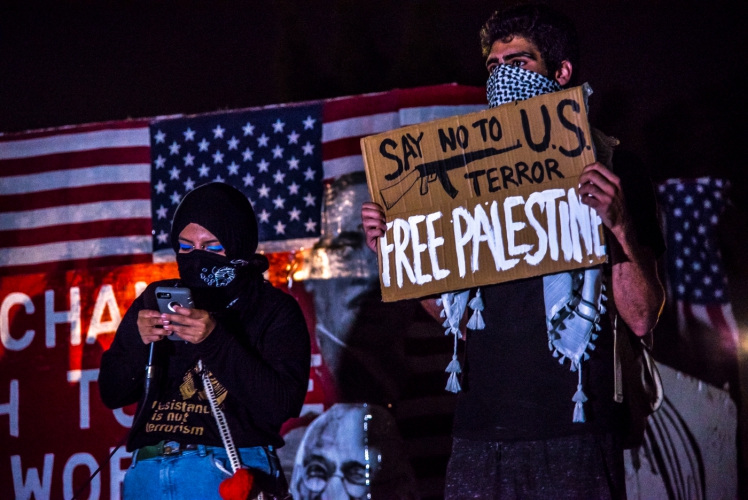 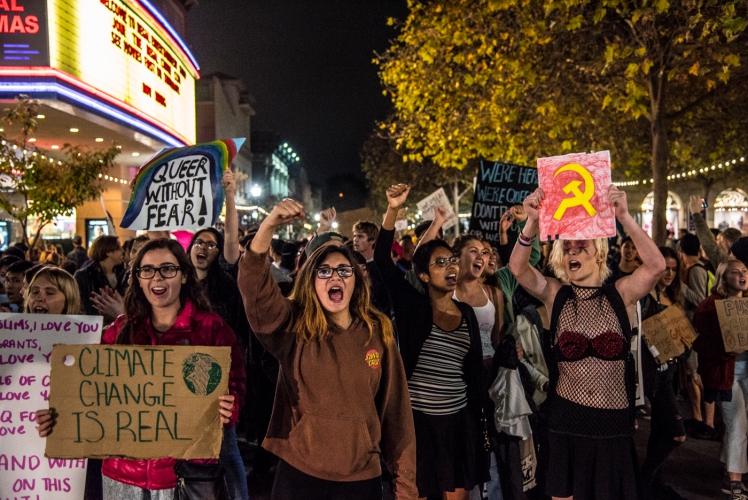 Demonstrators have a brief discussion and break at the Boardwalk
§
by Alex Darocy Saturday Nov 12th, 2016 9:29 PM §Alex Great pictures!
by AutumnSun
(sunclan007 [at] yahoo.com) Sunday Nov 13th, 2016 10:08 AM
Just want to say, Great Coverage and pictures Alex! Thank you!
Add a Comment
Support Independent Media
We are 100% volunteer and depend on your participation to sustain our efforts!