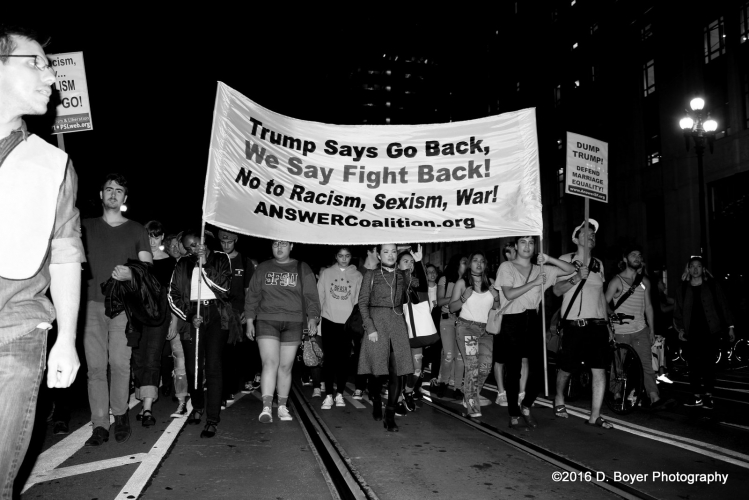 original image (1600x1067)
The two year election process is finally over. Recreational marijuana use has been legalized and one of the most hated men in America has been elected to be our next President. Many people voted for Trump for their own reasons, but what I have noticed from those voters is that they did not hear nor care to hear the threats he made to minorities, the LGBT community, and the disabled. Trump voters did not seem to care that he made fun of a disabled person on National TV. Trump has also said he would require Muslims entering our country to sign up on some list.

So people have mobilized and are protesting on the streets. The protesters you will see from my video and photos do not seem like professional protesters but merely seem to be people from the community including young students. 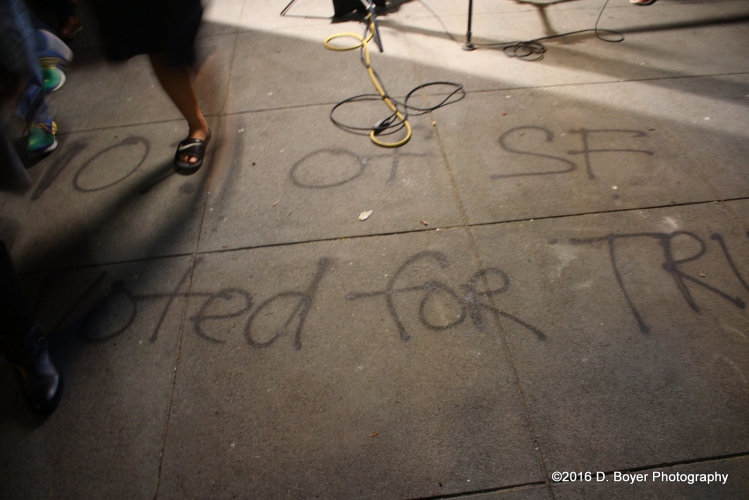 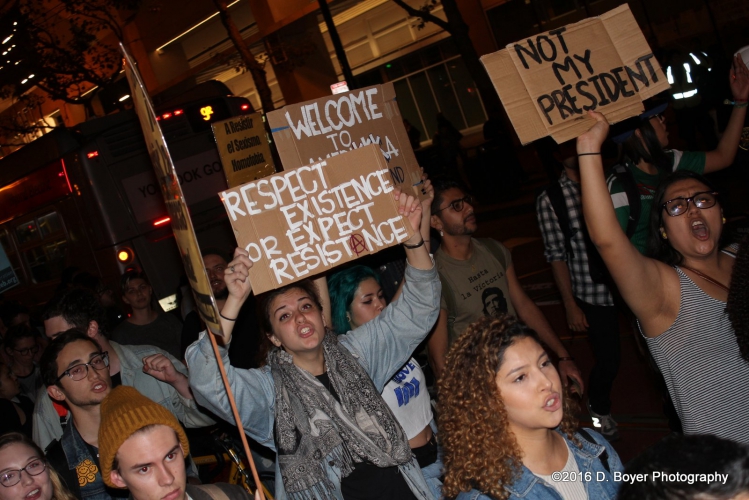 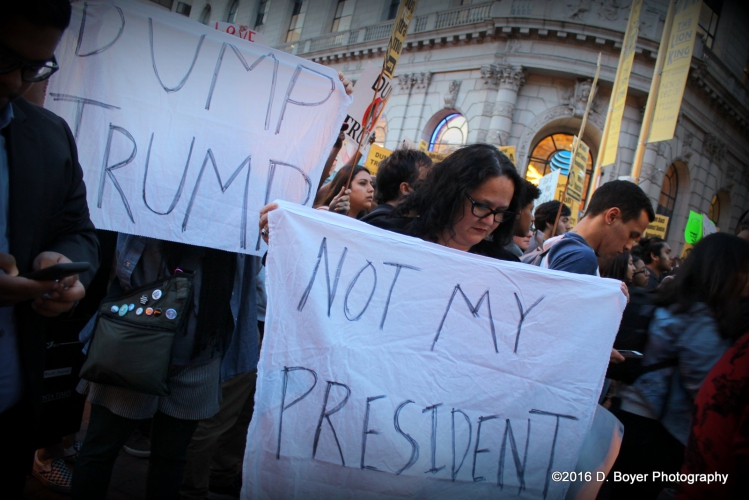 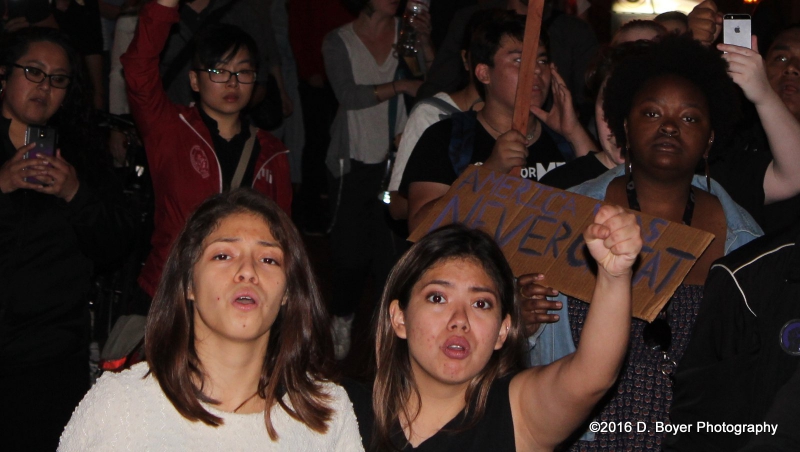 original image (1600x904)
What do you see in this photo?
I see confidence, fear, contemplation and dependency.
§Thousands took to the streets to protest Trump
by D. Boyer Saturday Nov 12th, 2016 8:39 AM 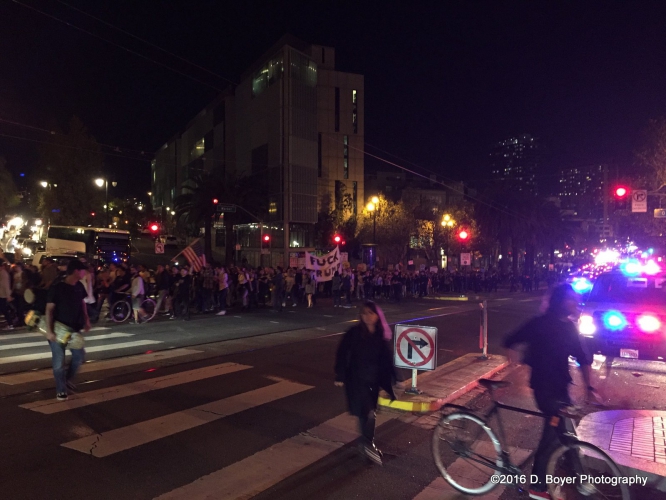 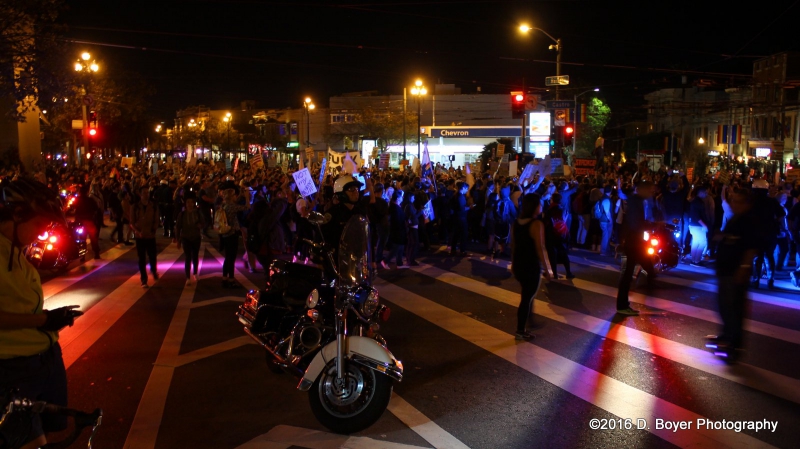 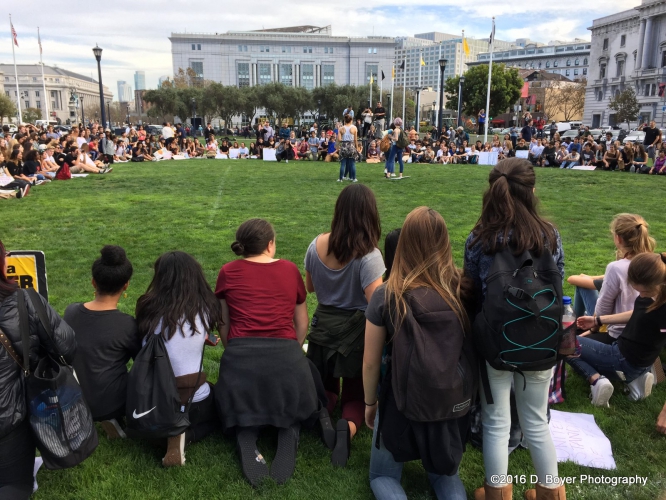 original image (1600x1200)
§A lot of energy here...
by D. Boyer Saturday Nov 12th, 2016 8:39 AM
Copy the code below to embed this movie into a web page:
Download Video (64.3MB) | Embed Video
Add Your Comments
Support Independent Media
We are 100% volunteer and depend on your participation to sustain our efforts!