Add an Event
Newswire
Calendar
Features
Home
Donate
From the Open-Publishing Calendar
From the Open-Publishing Newswire
Indybay Feature
Publish to Newswire
Add an Event
Related Categories: East Bay | U.S. | Arts + Action | Government & Elections
Fuck Trump: Resistance begins with pre-dawn graffiti
by Dave Id
Wednesday Nov 9th, 2016 11:58 AM
So, this country will soon be saying, "President Trump," as ludicrous, obscene, and scary as that sounds. Trump actually won the presidential election last night. But this morning, before the sun rose or Hillary Clinton conceded the race, the words "FUCK TRUMP" were spray painted on a wall in Oakland. I expect, and hope, we'll see plenty more of this. 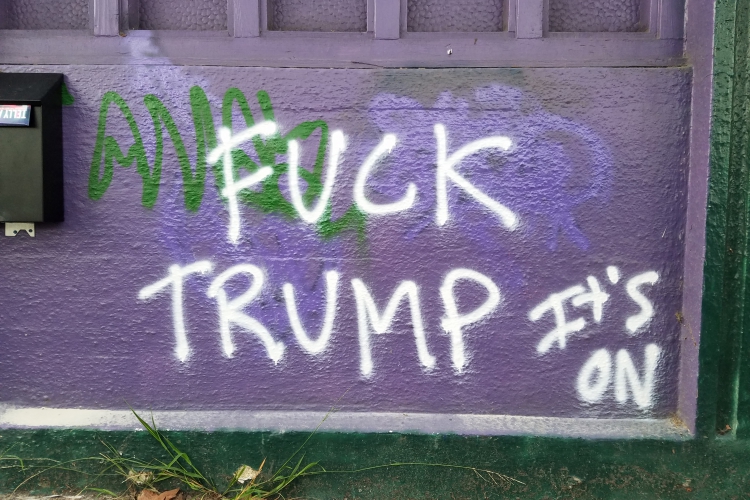 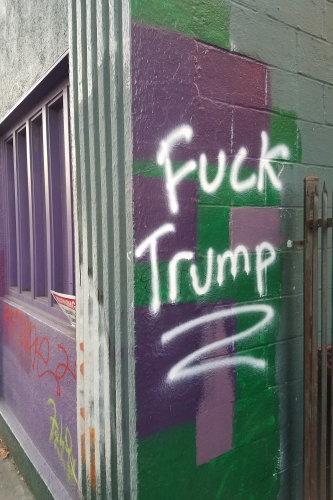 original image (2688x4032)
Add Your Comments
LATEST COMMENTS ABOUT THIS ARTICLE
Listed below are the latest comments about this post.
These comments are submitted anonymously by website visitors.