Keep Up the Pressure! Justice for Sean Arlt! 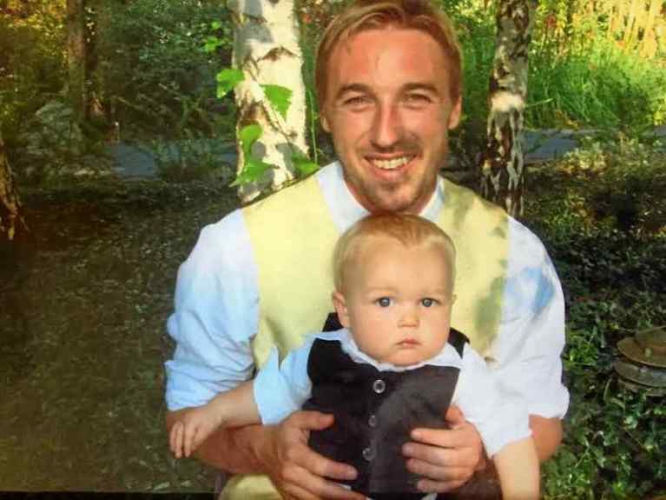 Release the Video, Audio, and Names of his Police Killers!

Hold the Cops, Politicians, and DA Accountable! No to Laura’s Law!

Coffee and baked treats will be available. Speak out. Bring signs and more people.

Police claim they killed Sean Arlt to prevent him from attacking them with a garden rake. They
also say audio and video back their story. We say prove it. Release the audio and the video NOW! We
are outraged at the stonewalling by City Manager Martin Bernal, Police Chief Kevin Vogel, Mayor
Cynthia Mathews, and the entire Santa Cruz City Council--allowing the police to withhold the name of
Arlt's killer as well as the video and audio of the incident.

Even if the police version of events is true, which we in no way assume to be the case, we ask
why four cops could not subdue Sean Arlt without shooting him in the head and chest. Why weren’t
tactics of de-escalation used? Why didn’t police use less lethal force like a Taser or aim for his legs?

We are also outraged at the corporate media’s coverage, taking the unproven allegations of the
police as fact. For instance, stories that identify Sean Arlt as “the man who attacked police with a metal
rake” should insert the word “allegedly”. Until the police release their evidence, all we have is an
unproven allegation by the police. The corporate media shows bias by treating police claims as fact.

We are reminded of the Santa Cruz police murder of homeless activist John Dine in 1997. The
police falsely claimed that John Dine was pointing a toy gun at them, but all independent eyewitnesses
contradicted this lie. Some eyewitnesses were so outraged that they became activists on the issue.

We also oppose calls by the Santa Cruz Sentinel and the anti-homeless fascists of Take Back
Santa Cruz for Laura’s Law to be implemented in Santa Cruz in the wake of this police killing. Laura’s
Law increases police powers over people diagnosed with mental illness. Forced drugging and increased
powers of involuntary detention are both part of Laura’s Law. Yet, many psychiatric drugs are
unproven, addicting, and dangerous. People “off their meds” sometimes act crazy, not because they are
in their true un-drugged state, but because they are going through withdrawals. Though some may find
drugs helpful, medication must be a matter of personal choice not state coercion.

Nigeria, which does not have the massive drugging for schizophrenia that the U.S. does, has a
higher recovery rate for that condition than the United States. Likewise, so-called anti-depressants
knock people off their rocker so badly that they increase suicidal and homicidal behavior in patients.
Over time, these types of drugs cause early death by destroying the liver and other internal organs.
Santa Cruz should not get into the business of forcing people to take these drugs against their will. Sean
Arlt, a father of a four-year old child, did suffer mental illness. This police killing, however, should not be
used to increase police powers over people diagnosed with mental illness.

“Power concedes nothing without a demand. It never did and it never will. Find out just what any people will quietly submit to and you have found out the exact measure of injustice and wrong which will be imposed upon them, and these will continue till they are resisted with either words or blows, or both. The limits of tyrants are prescribed by the endurance of those whom they oppress…. “If there is no struggle, there is no progress. Those who profess to favor freedom, and deprecate agitation…want crops without plowing up the ground, they want rain without thunder and lightning.” -Frederick Douglass

Facebook Event Page: https://www.facebook.com/events/1025101160932432/
Added to the calendar on Thu, Nov 3, 2016 11:34AM
Related Categories: Santa Cruz Indymedia | Police State & Prisons
Add Your Comments
Support Independent Media
We are 100% volunteer and depend on your participation to sustain our efforts!