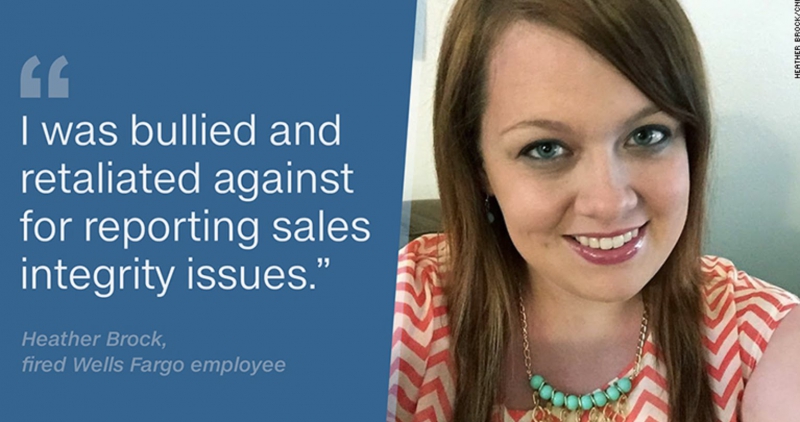 original image (1534x810)
Wells Fargo Top Executives and Board Of Directors encouraged and allowed the criminal coercion of workers to violate bank laws and fired 5,200 including many who refused to violate the law. The US Attorney General, California Attorney General Kamala Harris and local District Attorney's refuse to prosecute the criminals who engaged in massive bank corruption, criminal fraud and criminal coercion for ordering workers to engaged in criminal activity. Also San Francisco mayor Ed Lee, the San Francisco Board of Supervisors and the San Francisco Pension Board management continue to do business with the criminals running the bank.
http://www.upwa.info
Add Your Comments
LATEST COMMENTS ABOUT THIS ARTICLE
Listed below are the latest comments about this post.
These comments are submitted anonymously by website visitors.