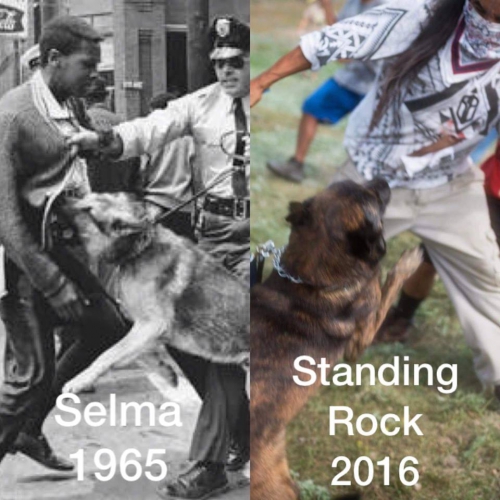 original image (960x960)
The vicious organized attack on peaceful protesting by dogs was censored by the US corporate controlled media. This was the biggest attack using dogs since Selma but not newsworthy for the US mainstream media. It was covered nationally by Amy Goodman and Democracy Now and now the police and state government are going after her and other journalists.
The militarized national guard and the militarization of police are being organized to eliminate opposition to the pipeline.
https://soundcloud.com/workweek-radio
§North Dakota National Guard Mobilized Against Those Opposing Pipeline
by KPFA Pacifica WorkWeek Radio Monday Oct 17th, 2016 9:52 AM 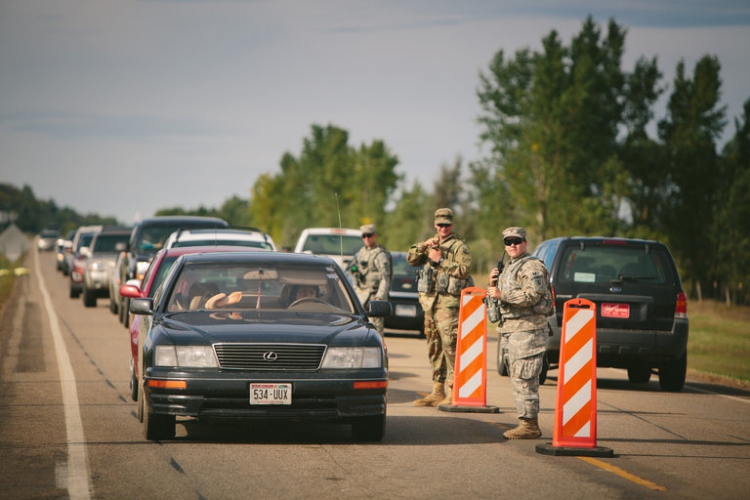 original image (768x512)
The North Dakota national guard has been mobilized to stop all protesters and intimidate those opposed to the pipeline that threatens the water of the Standing Rock Sioux tribe.
https://soundcloud.com/workweek-radio
Add Your Comments
Support Independent Media
We are 100% volunteer and depend on your participation to sustain our efforts!