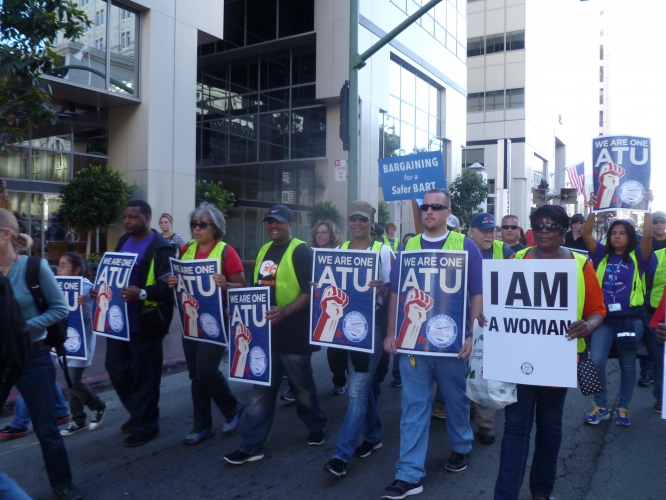 original image (2560x1920)
BART ATU 1555 and SEIU 1021 workers faced a union busting management. Now the bosses and managers are telling the people that they need a tax on working people to expand the system. Why aren't the billionaires and major corporations paying for a mass modern transportation system and taxing speculator who benefit when a new BART station opens.
http://www.upwa.info
Add Your Comments
Support Independent Media
We are 100% volunteer and depend on your participation to sustain our efforts!