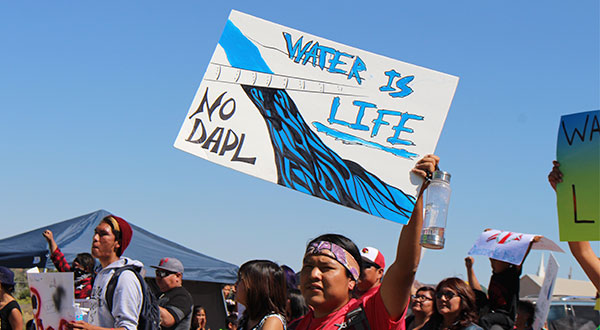 NNU recently released a statement of solidarity with the Standing Rock Sioux Tribe and fellow protectors, who, for months, have sought to halt construction of the Dakota Access Pipeline (DAPL), which nurses say poses great risk to public health. The proposed 1,172-mile Dakota Access pipeline would carry nearly a half million barrels of dirty crude oil every day across four states from the Bakken fields of North Dakota to Illinois, threatening water resources as well as the Standing Rock Sioux Tribe’s ancestral sites.

Nurses say spills from ruptured pipelines that contaminate water supplies can lead to numerous problems of respiratory ailments and other health symptoms associated with the spills.

RNRN volunteers will begin with an Oct. 9-17 deployment to assist medic tents at the North and Sacred Stone camps—and to help local partners establish a Mni Wiconi (Water is Life) clinic to meet the ongoing healthcare needs of the Standing Rock Sioux community.

RNRN is powered by NNU, the largest organization of registered nurses in the U.S., who say they will continue standing in solidarity with the land and water protectors at Standing Rock.

National Nurses United
http://www.nationalnursesunited.org/
Add Your Comments
Support Independent Media
We are 100% volunteer and depend on your participation to sustain our efforts!