Add an Event
Newswire
Calendar
Features
Home
Donate
From the Open-Publishing Calendar
From the Open-Publishing Newswire
Indybay Feature
Publish to Newswire
Add an Event
Related Categories: Americas | Haiti | California | Peninsula
Bay Area Rallies Held on International Day in Solidarity with People of Haiti
by R. Robertson
Friday Sep 30th, 2016 10:52 PM
Today marked the 25th anniversary of the coup that overthrew Haiti’s first democratically-elected president, Jean-Bertrand Aristide. Aristide was the candidate of Haiti’s popular movement Lavalas in the 1990 presidential election; he won with 67% of the vote. In 1991 a military coup d'état deposed President Aristide. U.S. Central Intelligence Agency agents were present with the the Haitian military at army headquarters during the coup. Protesters marked the events of 25 years ago with rallies in the Bay Area cities of Palo Alto, Oakland, and San José. 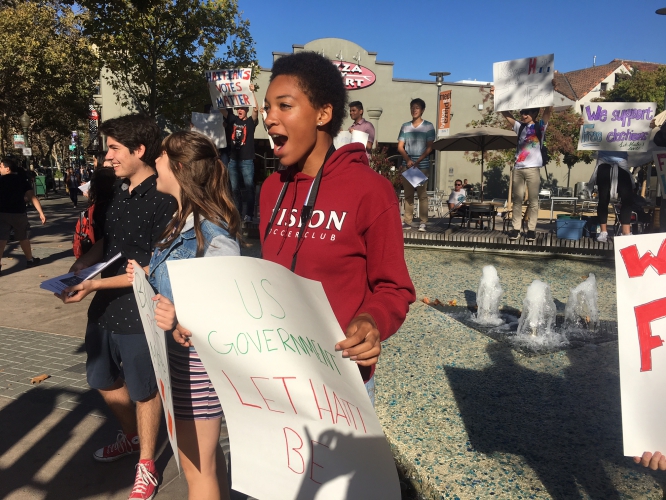 original image (2016x1512)
After the U.S. government financed fraudulent elections in Haiti on the 25th of October 2015, Haitian people rose up and protested, condemning interference in the country's elections. A special verification commission in Haiti verified the massive fraud; re-elections will be held on Sunday 9th October of this year. Dr. Marie Narcisse of the Fanmi Lavalas Party, the party of the majority of Haitian poor, is expected to be the clear winner.

At rallies in the Bay Area today, demonstrators standing in solidarity with the people of Haiti demanded free and fair elections in Haiti without U.S. interference.

Demonstrators waved signs and chanted in the cities of Palo Alto, Oakland, and San José today, September 30, the International Day in Solidarity with People of Haiti. In Palo Alto the charge was led by high school students who held their protest at the busy intersection of Emerson and University Avenues, then marched to the office of Congresswoman Anna Eshoo to bring forth their demands. 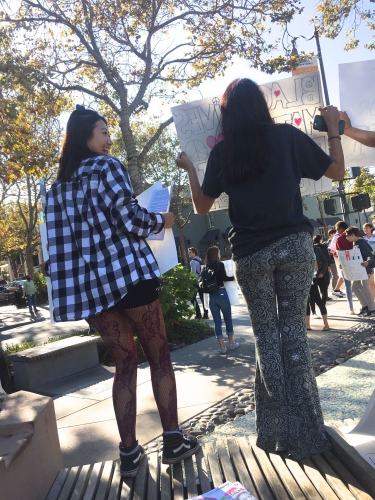 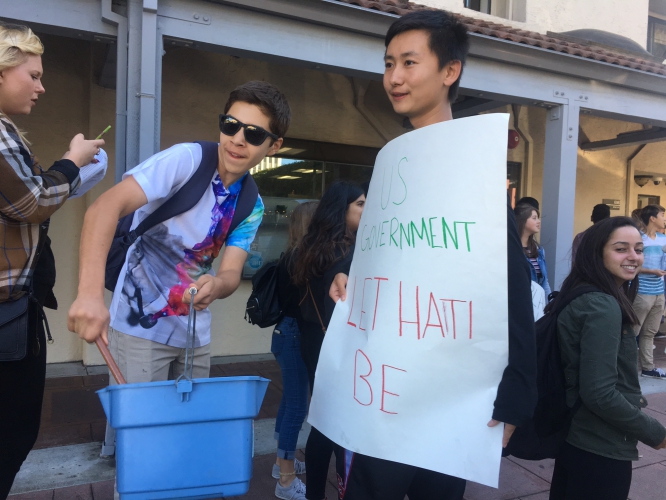 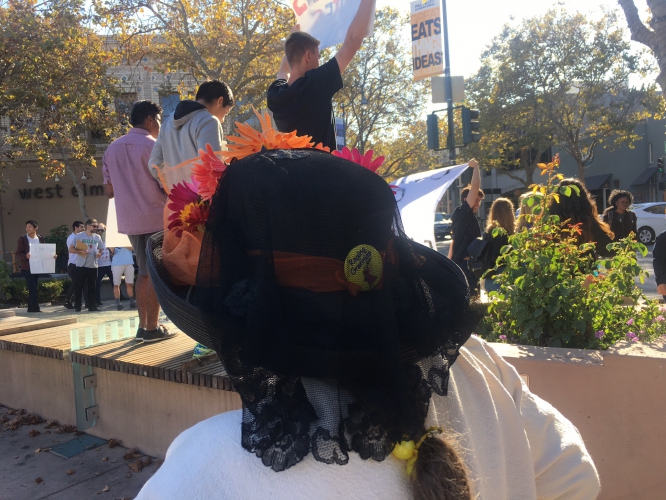 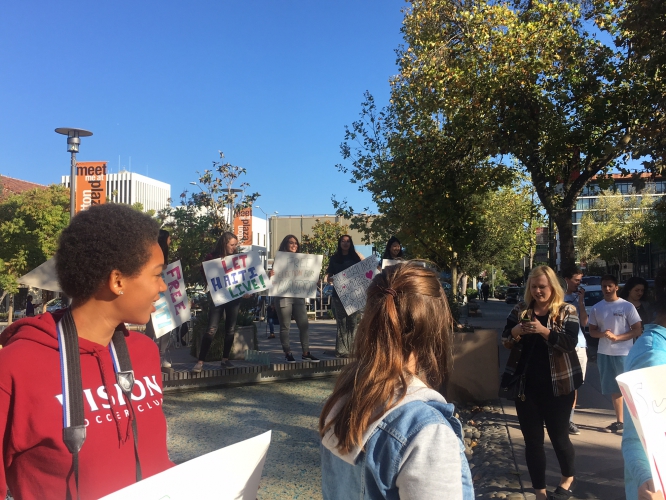 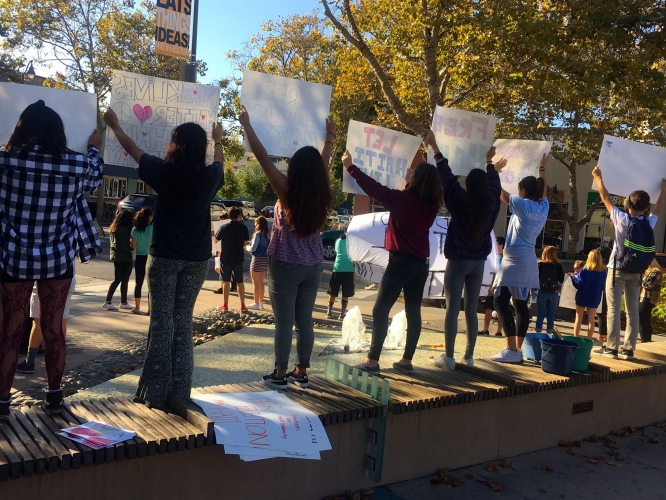 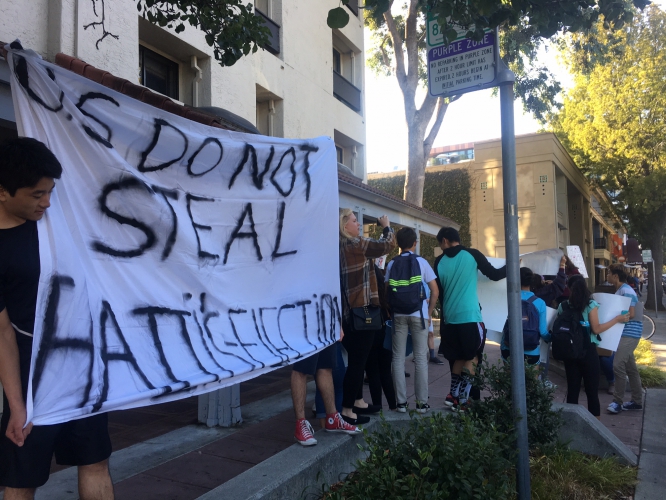 original image (2016x1512)
Anna Eshoo's office
http://www.haitisolidarity.net
Add Your Comments
Support Independent Media
We are 100% volunteer and depend on your participation to sustain our efforts!