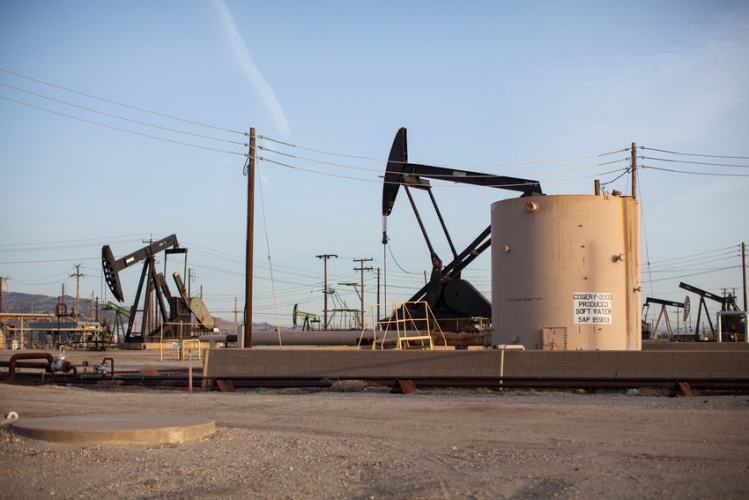 
The court ruled that the Bureau of Land Management failed to analyze the risks of fracking and other dangerous oil and gas extraction techniques when preparing a resource management plan that would have allowed drilling on vast stretches of land in California’s Central Valley, the southern Sierra Nevada, and in Santa Barbara, San Luis Obispo and Ventura counties.

In 2013 a federal judge ruled that the BLM violated the National Environmental Policy Act when it issued oil leases in Monterey County without considering the environmental dangers of fracking. Following that ruling, the BLM has refrained from holding any lease sales in that area until it completes an environmental review of the risks of fracking. A similar outcome is expected following today’s decision.

“This is a huge victory in the fight to protect our water and wildlife from fracking pollution and dangerous drilling,” said Brendan Cummings, the Center’s conservation director. “The Obama administration must get the message and end this reckless rush to auction off our public land to oil companies. As California struggles against drought and climate change, we’ve got to end fracking and leave this dirty oil in the ground.”

“This ruling will protect public lands from the crest of the Sierra Nevada to the Central Coast from an influx of oil development and fracking,” said ForestWatch executive director Jeff Kuyper. “These treasured landscapes provide many benefits to our local communities and are too valuable to sacrifice for a few days’ supply of oil.”

Today’s decision notes that the public lands at stake encompass “numerous groundwater systems that contribute to the annual water supply used by neighboring areas for agricultural and urban purposes.” A 2015 California Council on Science and Technology report found that fracking in California commonly employs dangerously toxic chemicals at shallow depths near drinking-water aquifers.

The ruling also notes that these areas contain "extraordinary biodiversity." Of the 130 federally protected threatened and endangered animal species in California, more than one-third can be found in or around the areas under consideration for drilling and fracking.


The Center for Biological Diversity is a national, nonprofit conservation organization with more than 1.1 million members and online activists dedicated to the protection of endangered species and wild places. 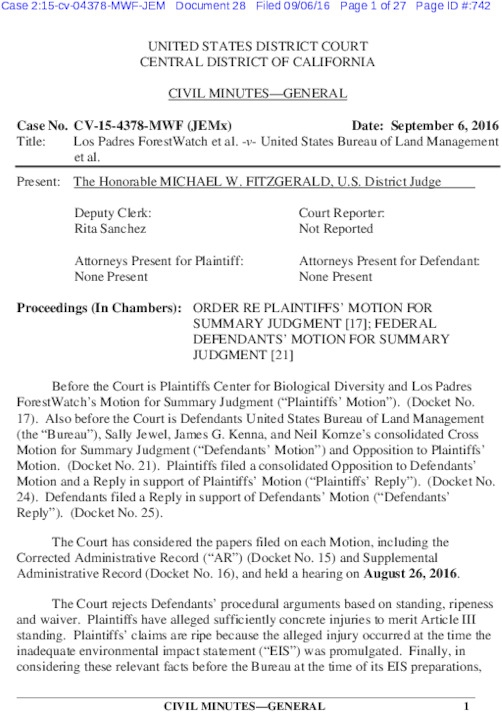 Download PDF (116.7KB)
Add Your Comments
Support Independent Media
We are 100% volunteer and depend on your participation to sustain our efforts!