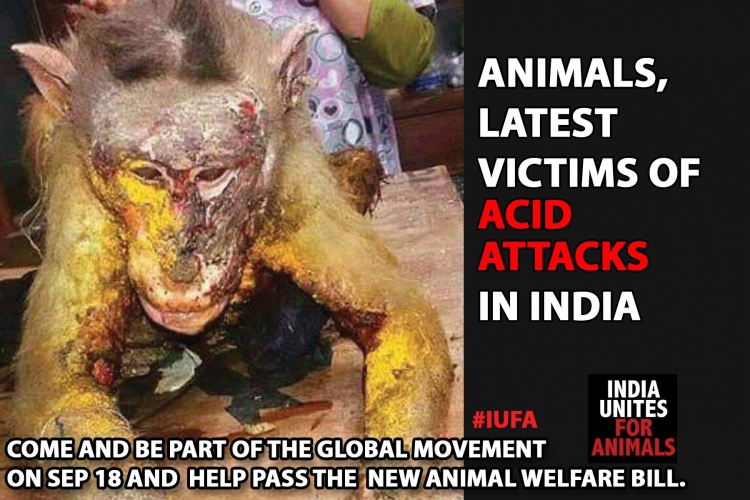 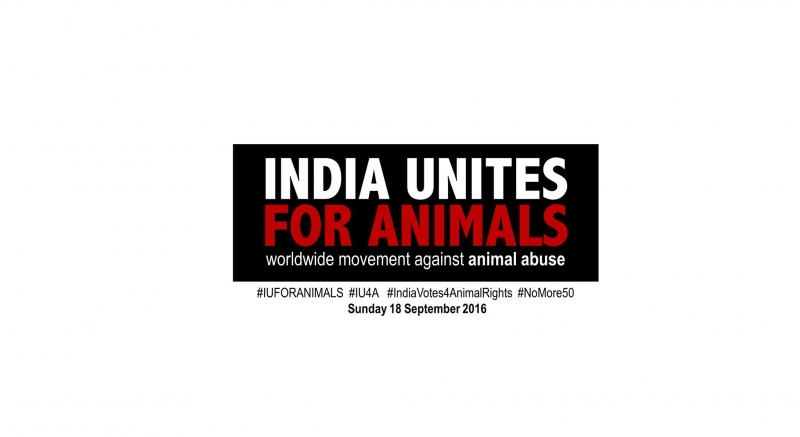 original image (2048x1119)
This event is to create awareness on the need for an updated and comprehensive animal welfare policy in India. An animal welfare policy covers pets, stray animals, farm animals, lab animals, wildlife and even animals raised for food. While India does have the Prevention of Cruelty to Animals Act (PCA), its laws on animal-abuse have become archaic because the PCA Act has not been adequately updated since it was enacted in 1960. A first instance of animal abuse has a fine of only AUD 0.9, US$0.75 or 0.58 GBP, which does not even act as a deterrent. As animal lovers from around the world, we are gathering on 18 September to protest against animal cruelty in India and to request the Government of India to introduce an updated animal welfare policy in the country at the earliest.

Please sign this form to show your support - http://bit.ly/IUFAnimals-Form

Do read below for further details.

India is known the world over as a country where cow is considered holy and sacred, where animals are worshiped in the form of gods such as Ganesha, a land of Gandhi and Buddha, of Yoga and Ahimsa, a country that loves peace!Sadly, this is no longer true. Not for its animals.

Over the last few months, India has seen its worst ever in animal abuse. From cases such as puppies being burnt alive to mass killing of dogs, from a horse beaten to death to a five month old puppy being thrown from a terrace.

These recent cases make our blood boil but what is more worrisome is that India is promoting animal cruelty in the name of progress. Penguins, declared endangered species and native of foreign lands, are being brought to its zoos; wildlife such as Nilgai, wild boars, rhesus monkeys are being culled by hundreds declaring them as vermin; an aquarium consisting of 450 different species of marine life, mostly brought in from other countries, is being built; one of the largest animal testing facilities in Asia that will house all animals from rabbits to primates, mice to horses, is being built on 100 acres of land. While beef is said to be banned in a few states within India, beef and leather exports have increased so much that it has placed India on the number one spot in the world....! Do you see a pattern here? India is ruthlessly exploiting animals in the name of progress.

We want to change this. We want India to know that this abuse, exploitation and oppression of animals is not going to be tolerated. We recognize that animal suffering is universal and whether it happens in another country or here in the US, it will be opposed.

As citizens of the world, we will protest against any kind of abuse that is meted out to animals. We have to let India know that animals are no longer voiceless and without representation. That India needs to stop promoting abuse in the name of progress. India will lose its face and reputation in the world as a peace loving country if its animals are suffering.

However, these changes can only take place if we show that we stand united for animals and in big numbers. Therefore animals lovers in more than 50 cities across the world are coming together on September 18th world over for the first ever, biggest ever, protest that is the launch of a worldwide movement against animal abuse.

It’s about letting the world know that we animal lovers are running out of patience, that enough is enough and suffering of animals will be acceptable no more! It is about telling India about the need for strict laws, and law enforcement for animals. This is the largest ever protest conceived and planned of such magnitude - people from all over the world coming together to say NO MORE! If this won’t be heard and moved, what else will?

No matter where you live, which animal you love, which organization you run or support and what your other priorities are... JOIN THE BIGGEST REVOLUTION IN AND FOR ANIMALS IN INDIA, A FIGHT FOR ANIMAL RIGHTS. Of the world rising together as one unified force!!

https://www.facebook.com/events/522887451242532/
Add Your Comments
Support Independent Media
We are 100% volunteer and depend on your participation to sustain our efforts!