S. Brian Willson to Speak at Santa Cruz Premiere of "Paying the Price for Peace"

by via CodePink for Peace SC
On Sepetmeber 8, activist S. Brian Willson will speak and answer questions before the Santa Cruz premiere of the film "Paying the Price for Peace" at Louden Nelson Community Center. Many activists in Santa Cruz share part of the history shown in this inspired film - the struggle against the wars in Central America in the 1980’s, the actions at the Concord Naval Weapons Station and the attack on Brian there by a moving freight train that took his legs, the many actions to stop the wars in Iraq, Afghanistan, and much more. We share as well many of the up to the moment struggles that the film illuminates, and the many leaders sharing the path with Brian, like Medea Benjamin and David Swanson. 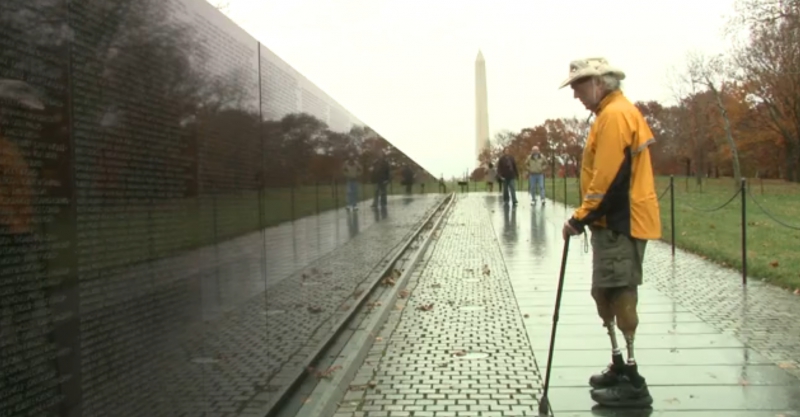 original image (1887x985)
Brian, with his partner Becky Luening, made Santa Cruz home for a number of years, where Brian was a member of the Bill Motto VFW Post 5888 ("the Post for Peace"), and directed a group called the Veteran's Peace Action Teams (V-PAT) that sent teams of vets to Central America to rebuild communities torn apart by the American funded wars there.

After losing his lower legs at Concord, and suffering a major brain injury, Brian has recovered to live a luminary and inspiring life, continuing his work for peace, justice, and locally based, petroleum free economies around the globe!

The film premiered in Portland, Oregon on July 3, and additional screenings in California include San Luis Obispo Library on September 2, Grand Lake Theater in Oakland on September 6, and First Unitarian Universalist Church in San Francisco on Sept. 7.

The production team held two successful Indiegogo crowdsourcefunding campaigns, and obtained contributions from over 200 donors including multiple chapters of Veterans for Peace, Noam Chomsky, Medea Benjamin, and many other individuals. Funds raised went towards production expenses, an original music score, editing, narration by Peter Coyote, and final post production and DVDs. The movie also includes archive footage of Brian’s Fast for Life, the scenes at the Concord Nuremberg Actions at the Concord Naval Weapons Station, footage from VFP conventions, many U.S. peace demonstrations in major cities, and interviews with members of organizations such as the A.N.S.W.E.R coalition, CodePink, Veterans For Peace, and interview subjects such as President Ortega in Nicaragua, and more. In exchange for contributions, donors will receive copies of the finished documentary on DVD, signed movie posters, signed copies of S. Brian Willson’s book, “Blood on the Tracks”, peacepins, credit in the film, and be invited to upcoming screenings of the documentary.

S. Brian Willson, is a former Air Force Vietnam Veteran turned Peace Activist, who lost both of his legs during a peaceful demonstration when he was struck by a munitions train that was speeding 3 times over the legal limit toward the protesters at the Concord Naval Weapons Station, California. Consequently, thousands of antiwar demonstrators converged at the site and ripped up the railroad tracks, blocking all trains for the following 865 days in protest of all munitions shipments to the US government backed wars in Nicaragua or El Salvador. Congress had subsequently passed legislation that prohibited funding the covert US backed wars to overthrow democratically elected governments in Central American countries, especially Nicaragua. But even then, the Reagan administration illegally continued to support the Contra war. The film also depicts actions and other spokespersons of today’s peace movement, the ongoing – U.S. wars of aggression in multiple countries. The film shows why current antiwar activists challenge a perpetual war profiteering economy calling for an end to supporting America’s illegal wars.


The Santa Cruz Chapters of Veterans for Peace, CodePink, and the Peace & Freedom Party invite you to an evening with S. Brian Willson and the new film about his life and times, and the continued movement for peace and justice around the world!

"Paying the Price for Peace"

Brian will join the community at the beginning of the film screening to speak and answer questions because he needs to catch a train back to Portland late in the evening. Then the film will be shown, which runs about an hour and a half. If time permits, there will be more Q and A with the producer Bo Boudart after the film.

To learn more about Brian and his work, please visit Brian’s website at http://www.brianwillson.com/. Brian has also published the book, “Blood on the Tracks: The Life and Times of S. Brian Willson”. For more information visit http://bloodonthetracks.info/
Related Categories: California | Santa Cruz Indymedia | Anti-War
§
by via CodePink for Peace SC 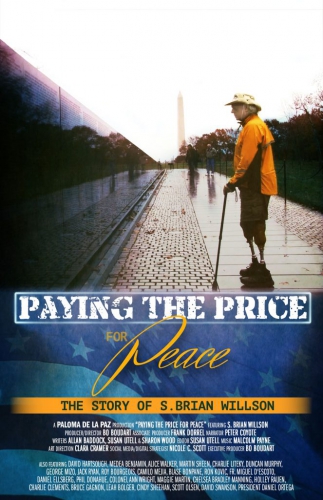 original image (663x1024)
§S. Brian Willson's reflection on the Vietnam Memorial in Washington D.C.
by via CodePink for Peace SC 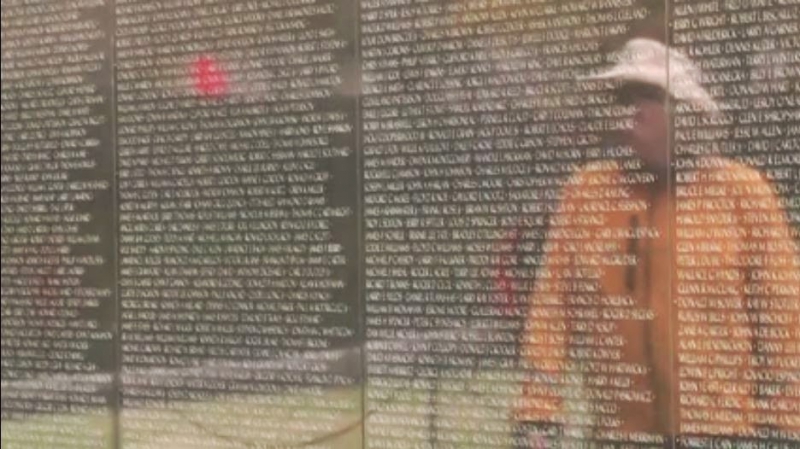 original image (936x526)
§Veterans Fast For Life For Peace In Central America image with S. Brian Willson and others
by via CodePink for Peace SC 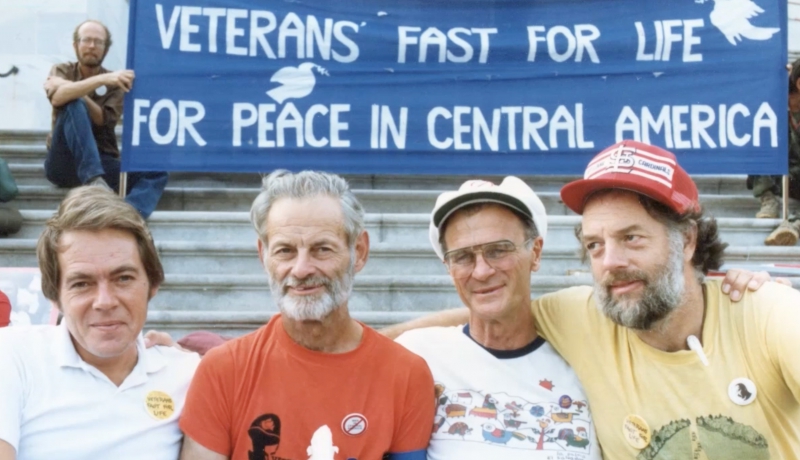 original image (2382x1372)
Additional Information about the historic protest and the individuals in the image can be found at https://en.wikipedia.org/wiki/Veterans_Fast_for_Life
Add Your Comments
Support Independent Media
We are 100% volunteer and depend on your participation to sustain our efforts!