Add an Event
Newswire
Calendar
Features
Home
Donate
From the Open-Publishing Calendar
From the Open-Publishing Newswire
Indybay Feature
Publish to Newswire
Add an Event
Related Categories: San Francisco | Environment & Forest Defense | Racial Justice
Dakota Access Pipeline Protest in San Francisco Boosts Movement Forward Pt. I
by Solidarity Support
Thursday Aug 25th, 2016 6:50 PM
It is up to a federal court in Washington, D.C. to determine the Dakota Access Pipeline’s fate. The Standing Rock Sioux tribe is suing federal regulators for approving permits for the Dakota Access Pipeline that will move oil from North Dakota to Illinois. In San Francisco yesterday hundreds of demonstrators stood in solidarity with the movement. A federal ruling was expected at the same time as the protest was held. At the rally the announcement came: ruling postponed until September 9! "This gives us more time to build up our national protest", excited organizers announced from the stage. 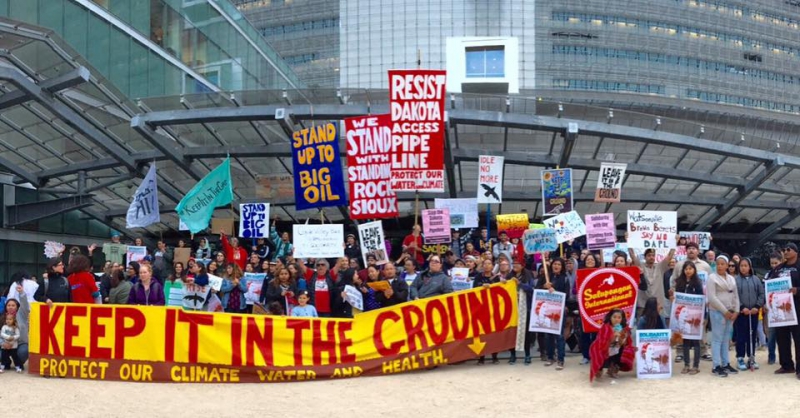 original image (960x502)
If Standing Rock Sioux Tribe prevails in federal court in September, construction will halt across a major oil pipeline’s path. The Army Corps of Engineers may also be required to conduct an environmental impact assessment for the entire pipeline, as they should have already done.

This court battle is one of protesters’ best hopes for halting the pipeline construction start date. Demonstrators made a whole lot of noise yesterday in DC and also in San Francisco in solidarity to make sure their message was heard.

The protesting encampment in North Dakota at the site of the construction has swollen to thousands. In San Francisco 400 filled the plaza with Native songs, flags, and signs in front of the Federal Building. Amongst organizations standing in solidarity in SF were Indian People Organizing for Change and the Chinese Progressive Association (co-organizing groups) and the International Coalition for Human Rights in the Philippines. 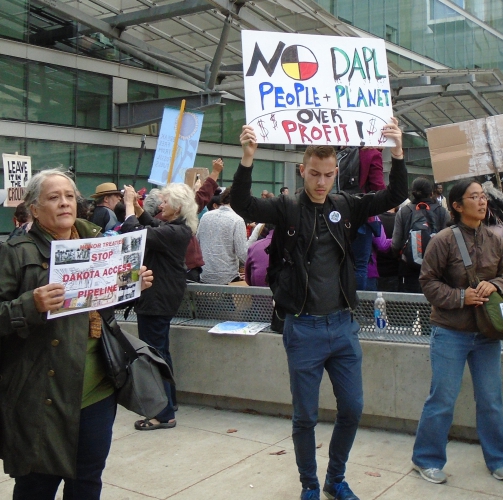 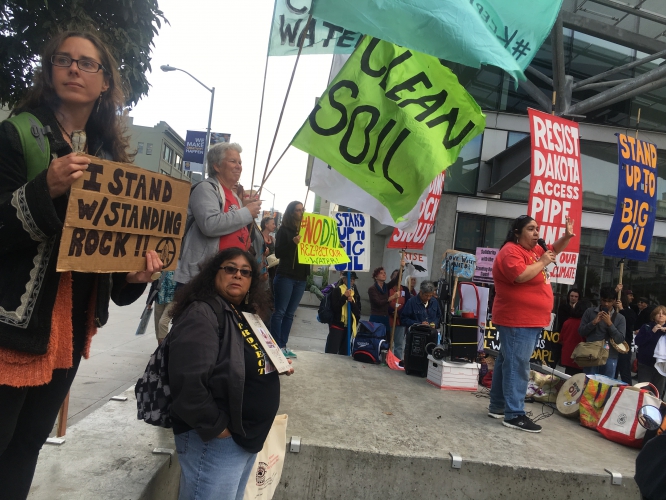 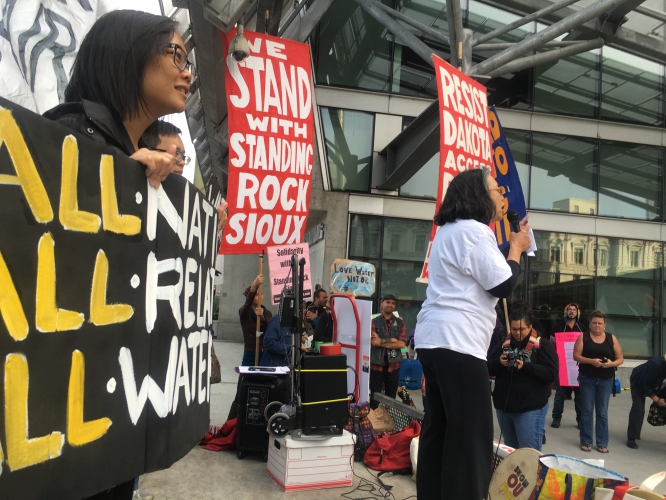 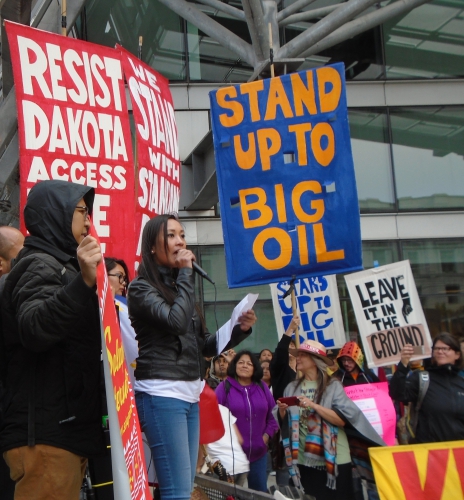 original image (3444x3709)
Also the issue of Native Hawai'ians rights were addressed from the stage by Native American speakers.
§some faced the street so motorists could see their signs
by Solidarity Support Thursday Aug 25th, 2016 6:50 PM 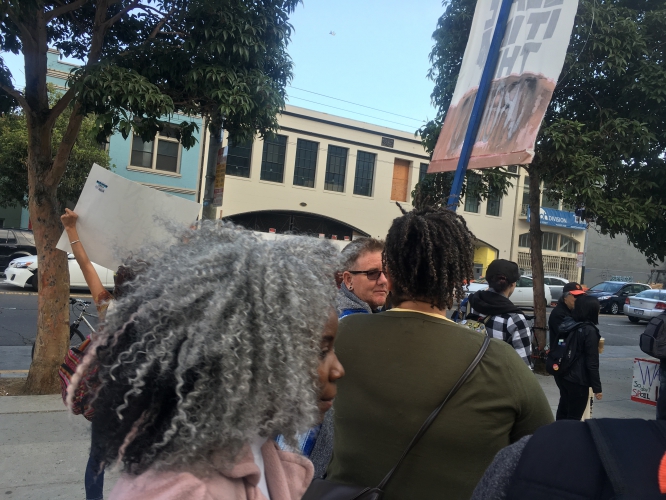 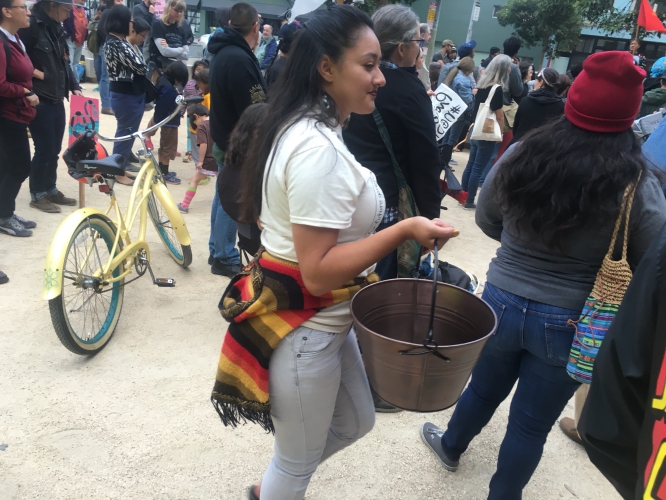 original image (4032x3024)
Take sacred water from the bucket and say what is in your heart. Photos during praying ceremonies are not allowed. There were colorful dancers who blessed the land on the plaza with dance but as it was religious ceremony/prayer to the four winds, no photos here.
§faces and signs
by Solidarity Support Thursday Aug 25th, 2016 6:50 PM 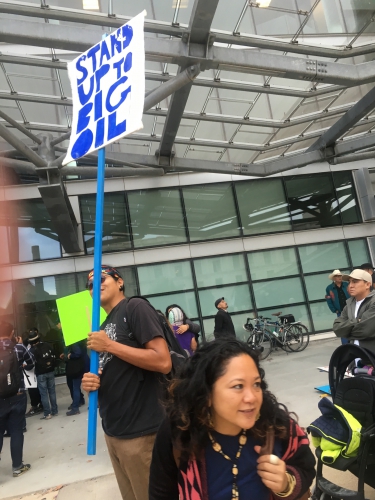 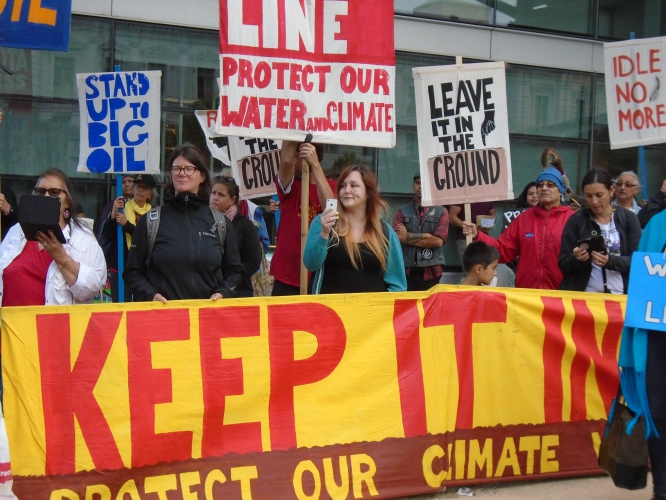 original image (5152x3864)
Add Your Comments
Support Independent Media
We are 100% volunteer and depend on your participation to sustain our efforts!