The Ex-Worker is back! And just in time, because a potentially historic national prisoner strike is just around the corner. In our 49th episode, we discuss the upcoming September 9th strike to end prison slavery, with an interview with the Incarcerated Workers Organizing Committee. You’ll also hear a review of Dan Berger’s book Captive Nation: Black Prison Organizing in the Civil Rights Era; an interview with an anarchist from the UK about the Brexit vote; listener feedback on Spanish revolutionary militias, Comintern, and parallels with Rojava; updates on Kara Wild, a trans anarchist incarcerated in Paris; a letter from trans anarchist prisoner Jennifer Gann; plus news, prisoner birthdays, event announcements, and plenty more. {August 24, 2016}

Listen now:
Copy the code below to embed this audio into a web page:
Download Audio (43.5MB) | Embed Audio
http://crimethinc.com/podcast/49/
§The Ex-Worker: an audio strike against a monotone world
by The Ex-Worker Thursday Aug 25th, 2016 11:51 AM 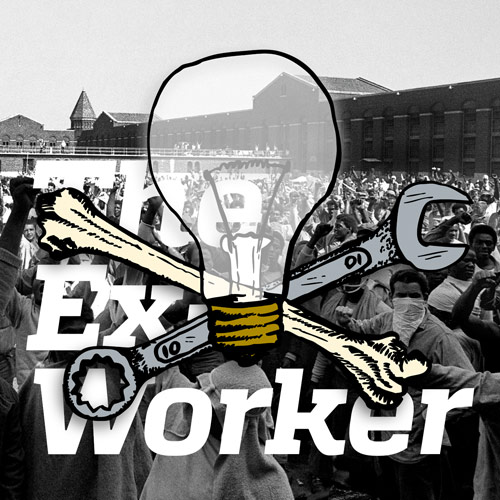 http://crimethinc.com/podcast/49/
Add Your Comments
LATEST COMMENTS ABOUT THIS ARTICLE
Listed below are the latest comments about this post.
These comments are submitted anonymously by website visitors.