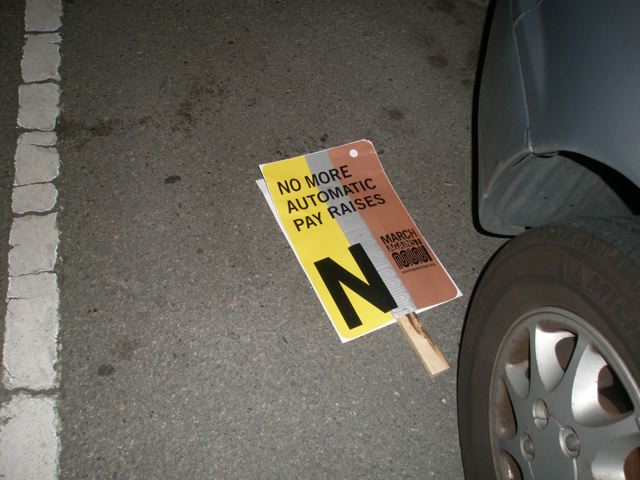 Carla Ramero, a SFMTA TWU 250A driver was physically attacked on the job by an irate motorist. Instead of defending the driver, the SF MTA management are setting her up to be fired. This is not the first time that the SF MTA management have helped target, bully and retaliate against workers at the agency. These managers are refusing to release the video tape of the incident despite the fact that this is important evidence in the defense of Romero.
Even the SF police department have released videos of deadly incidents yet apparently the SFMTA managers and Ed Lee's hand picked commission don't think the public are entitled to this information. SF MTA 250 A driver and OSHA whistleblower Dorian Maxwell as well was also another worker who was framed up by the agency after he exposed serious health and safety OSHA issues at the SF MTA. Dorian had to get a Sunshine Commission order for the video tape which vindicated him against the SF MTA management frame-up scheme. He was also illegally fired by the SFMTA and was ordered back to work by the California Labor Commissioner but Mayor Ed Lee's MTA bosses are still refusing to abide by the order to put him back to work.
We need to stand up for SF MTA 250A drivers and all public workers who are scapegoated and blamed for the increasingly dangerous health and safety conditions on the job. Protecting the public means protecting the public workers, whistleblowers and workers like Ramero who are hung out to dry instead of being defended by SF MTA management.

Dorian Maxwell and other defenders of health and safety and transparency will attend the press conference.


http://www.sfexaminer.com/muni-operator-says-beaten-fended-off-attacker/
The SF MTA management continues to help frame-up and terrorize SF Muni TWU 250A drivers. The latest driver is
SF TWU 250A Muni operator says she was beaten, but fended off attacker

Muni operator Carla Romero was reportedly attacked by a man on Third Street on Saturday. (Courtesy Carla Romero)
By Joe Fitzgerald Rodriguez on August 15, 2016 1:00 am

A Muni operator who said she was beaten Saturday morning is also facing charges of assault by the man she claimed threw her to the ground and punched her repeatedly.

She is filing charges as well, she told the San Francisco Examiner.

“I freaked out,” she said. “I felt like he was going to keep coming at me.”

The San Francisco Municipal Transportation Agency confirmed the incident was reported to the agency and to the San Francisco Police Department. SFPD was unable to provide details on the allegations from the man before press time.

The operator, Carla Romero, 32, was driving a 30-Stockton bus on Third Street at 9 a.m. Saturday morning past Mission, when she was told by Muni dispatch to take it back into the yard for repair. She pulled over and exited her vehicle to attach the trolley poles of the bus to a different set of wires, which would allow her to change direction.

An irate driver zoomed past her and shouted, she said. He pulled up in front of her bus, exited the vehicle and approached her.

She said the man appeared to be in his late 50s, and stood taller than her at about 5’9” and had white hair.

“He put his hands on me, he pushed me back,” she said. In the flurry of his attack, she said, “I’m not sure if he punched me, but I threw a punch” defensively, she said.

That’s when he threw her to the ground and punched her repeatedly. She guarded her face with her left arm, but still sustained hits to her jaw on both sides. When Romero came to the Examiner, she had scratches on her face and lumps on her head.

“I managed to punch him in his nose,” she said, which is when he backed off.

The man was unable to flee as a passerby took the key from his ignition and handed it to Romero, she said, which she then gave to the police.

SFMTA spokesperson Paul Rose said he could not comment on details of the case, but said, “we take these issues very seriously and pursue all appropriate actions on incidents that involve our operators.”

SFMTA confirmed SFPD is in possession of video recorded from the side of Romero’s bus. She said she felt confident the footage would show she was attacked.

Romero is a San Francisco native with four children, and said she loves working for Muni. “I’m happy serving the public,” she said, “they’re my people.”

But she wants the public to be more aware of the violence Muni operators sometimes face, which was also highlighted by the Muni operators Transport Workers Union Local 250-A in May this year.

“There’s a lot of my sisters and brothers getting hurt,” she said.

Romero’s first court date is in October, she said.

UPDATE 10:09 a.m.: Monday morning the San Francisco Police Department confirmed both parties, Romero and her claimed attacker, “claimed the other was the aggressor.” Each signed a citizens arrest against the other, according to SFPD, and both were cited for battery.
Add Your Comments
Support Independent Media
We are 100% volunteer and depend on your participation to sustain our efforts!