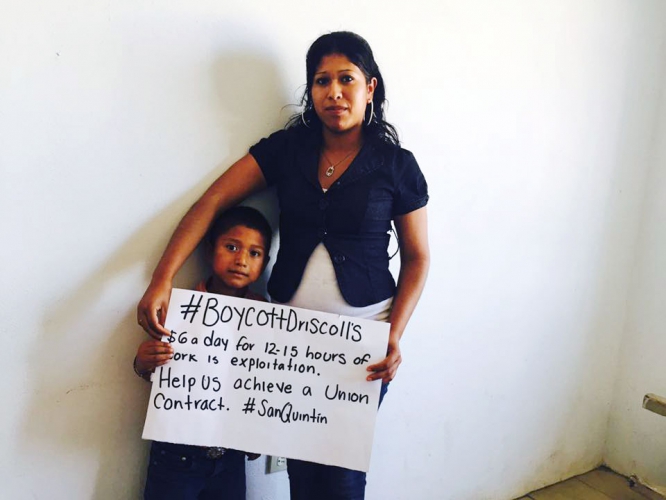 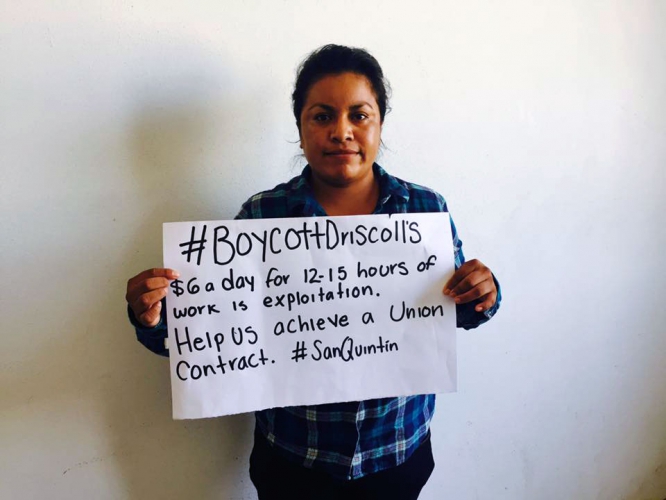 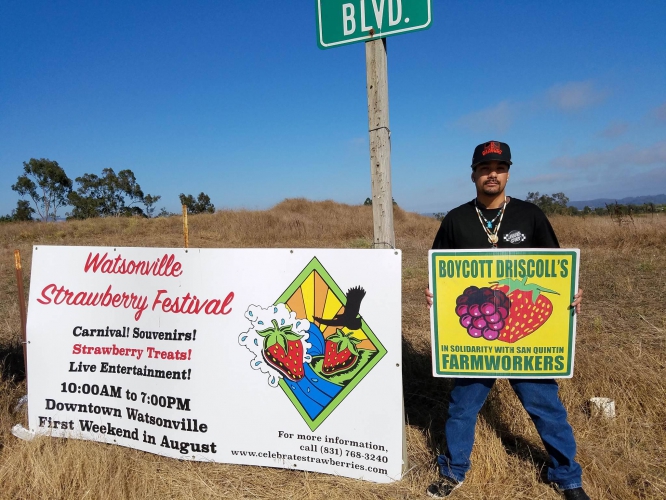 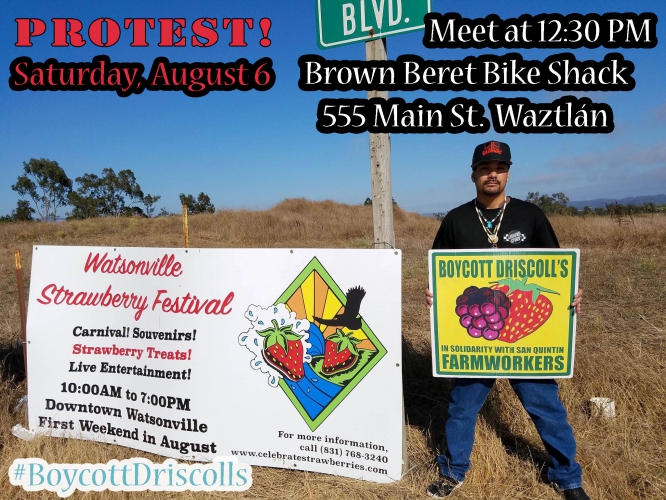 original image (2048x1536)
PROTEST! Saturday, August 6
Meet at 12:30 PM
Brown Beret Bike Shack
555 Main St. Waztlán
§Boycott Driscoll's Outreach to Thousands of People
by little mermaid Wednesday Aug 3rd, 2016 11:40 PM
Encourage the 4,000 people attending the Watsonville Strawberry Festival to think about the harsh realities of farm workers picking berries for Driscoll's, and how our purchase power can impact those conditions!
§Shed Light on the Farmworkers in San Quintín and Washington
by Farmworker Solidarity Thursday Aug 4th, 2016 12:25 AM
Comunidad, if you are considering going to the Watsonville Strawberry Festival this weekend, please come join us at the protest! Please support the boycott in support of all the Familias campesinxs. If you can't attend the protests on Saturday and Sunday, just don't purchase fresas or any berries that are Driscoll's. Boycott!!!!!!!

This coming weekend, August 6 & 7, Watsonville will have its annual strawberry festival. One of the sponsors being Driscoll's Berries. The Watsonville Brown Berets and Santa Cruz Driscoll's Boycott Support Commitee will take actions which bring light to the international Boycott of Driscoll's Berries and all farmworker exploitation and abuse.

This is a great opportunity to help shed light on what our people are put through, having to work these back breaking jobs for slave wages and even no wages. Shed light on the farmworkers in San Quintín and Washington who are currently fighting for union contracts with Driscoll's. Farmworkers face a number of exploitations in the work place, such as sexual assaults and rape, child labor, hazardous chemicals and pesticides, racism, sexism, no bathroom breaks, and no water in the fields for pickers.

Tomorrow we will be meeting at 12:30 at the Brown Beret Bike Shack located at 555 Main St. in Watsonville, CA to have another protest on the last day of the Watsonville Strawberry Festival. Please come join us and help us spread awareness to consumers about where their money goes when they buy from big ag corporations such as Driscoll's.
Add Your Comments
Support Independent Media
We are 100% volunteer and depend on your participation to sustain our efforts!