Add an Event
Newswire
Calendar
Features
Home
Donate
From the Open-Publishing Calendar
From the Open-Publishing Newswire
Indybay Feature
Publish to Newswire
Add an Event
Related Categories: Santa Cruz Indymedia | Government & Elections | Health, Housing & Public Services | Police State & Prisons
Tuesday is Still the Night to Sleep at Santa Cruz City Hall
by Alex Darocy (alex [at] alexdarocy.com)
Monday Jul 25th, 2016 6:43 PM
After celebrating their one-year anniversary on July 5, the Freedom Sleepers returned to Santa Cruz City Hall for their 53rd community sleepout on July 12, as well as their 54th sleepout on July 19. [Top photo: A Freedom Sleeper lies next to a protest sign that reads, "Embrace Your Moral Compass Because We Upon This Earth Are One," at the 53rd community sleepout held on July 12.] 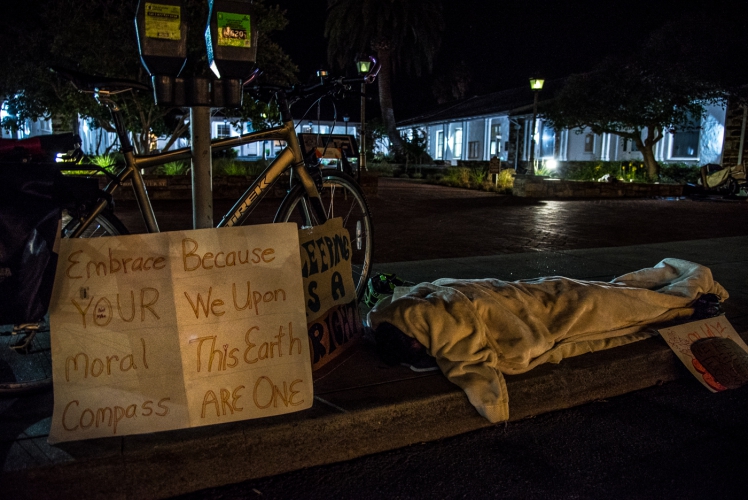 original image (1400x935)
Since July 4 of 2015, a coalition of unhoused and housed community members have converged to sleep at Santa Cruz City Hall every Tuesday night to protest local laws that criminalize homelessness.

Many of those participating in the sleepouts call themselves Freedom Sleepers; individually and together they advocate for a wide variety of approaches to end the criminalization of sleep. The one primary demand that unites the Freedom Sleepers is their call to repeal the city's camping ordinance, which bans sleeping in public between the hours of 11pm and 8:30am, with or without the use of bedding materials.

By sleeping at city hall, the Freedom Sleepers are in direct violation of the camping ban.

In 2015 the group faced a number of police raids and attempts by the city to clear the sleepers out of city hall in order to terminate the sleep protests. Over the course of a year of sleeping at city hall, however, activists have developed a strategy for sleeping there relatively safely as a group.

When homeless individuals attempt to sleep together on other nights of the week in downtown Santa Cruz, outside of the context of the Freedom Sleepers protests, they have been subjected to the standard homeless sweeps regularly conducted by Santa Cruz police. The department dedicates a significant percentage of their time and budget to clear the downtown of homeless people sleeping at night in public.

Tuesday nights continue to be the night to sleep at Santa Cruz City Hall, and in downtown Santa Cruz in general. 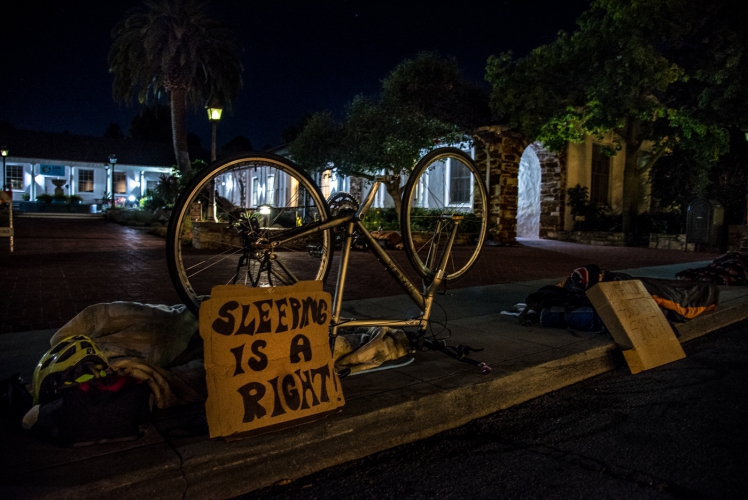 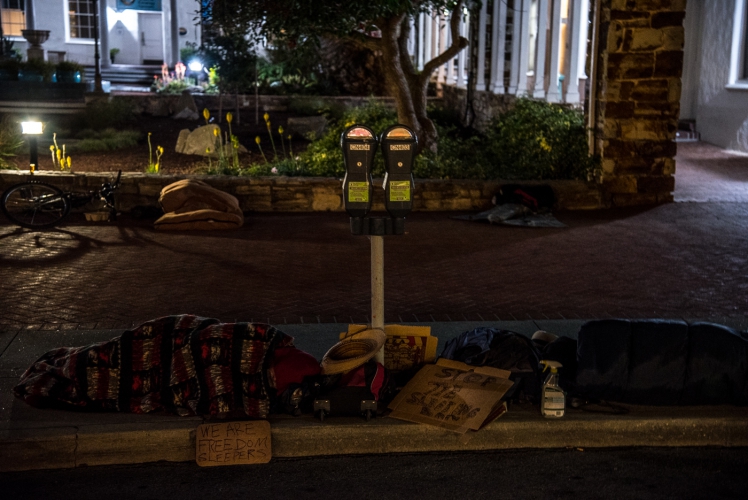 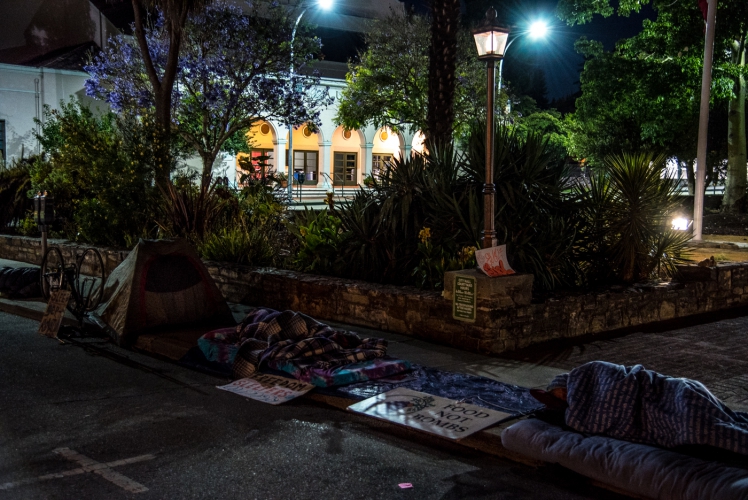 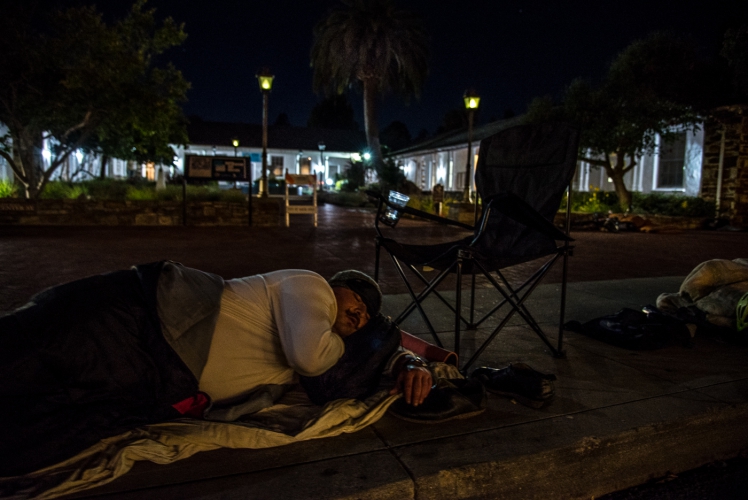 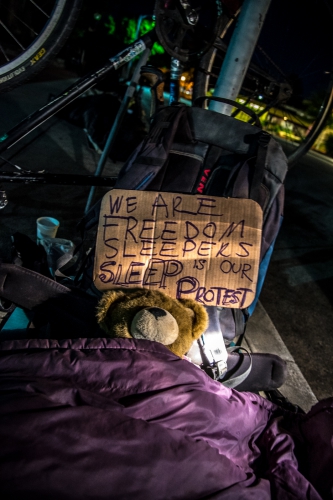 original image (935x1400)
Photo: community sleepout #54 on July 19.
Add Your Comments
Support Independent Media
We are 100% volunteer and depend on your participation to sustain our efforts!