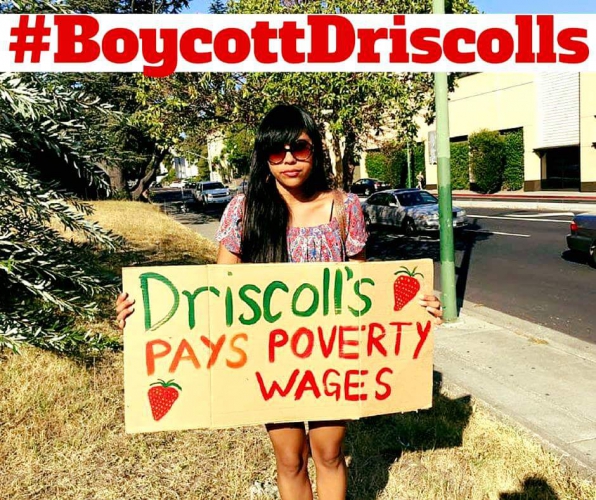 Tell Costco to stop carrying Driscoll’s berries! Let their customers know about the plight of West Coast U.S. and Mexican@ farmworkers (see below). FSP will participate in this informational picket sponsored by the Labor Council for Latin American Advancement. Costco is at 450 10th Street in San Francisco.

On the U.S. West Coast, a largely indigenous, immigrant workforce does grueling labor to grow the fruits and vegetables that land on grocery shelves. Theirs is a struggle against poverty, sexual harassment and demeaning treatment. Familias Unidas por la Justicia from Washington State has allied with Mexican farmworkers to launch an international boycott of Driscoll’s, the world’s largest berry company. Learn how you can support this inspiring cross-border struggle! The short film is followed by commentary from Chicano union activist Moisés Montoya, whose parents worked the California fields.

This is a featured report at the monthly meeting of the Freedom Socialist Party. A homemade summer lunch (with vegetarian option) is served at 12:15pm for an $8-10 donation. For more information, call 415-864-1278 or write baFSP [at] earthlink.net.