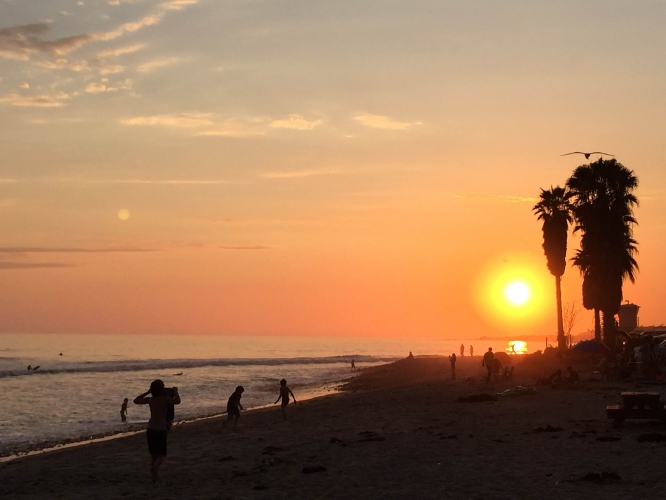 original image (3264x2448)
The letter states, “The viability of California’s parks system, and maintaining access to these areas for all communities, and particularly disadvantaged communities, is essential. A healthy ocean and coast are vital to our state’s future ecological and economic well-being, just as protecting and enhancing public access to our coastal commons for all Californians, regardless of ethnicity or economic background supports Californians’ quality of life.”

It further states, “In public interest polls, 90% of Californians identify the coast as “personally important” to them - a result that is consistent across the state and across age, socioeconomic, and ethnic lines. California’s ocean and coast are our state’s most valuable natural capital, supporting a $40-billion ocean economy. However, the state’s marine ecosystems are threatened by habitat destruction, pollution, climate change, and overfishing.” The funding would ensure, among other things, children from urban and disadvantaged communities get the opportunity to explore the coast and learn about ocean science, and that our marine protected areas get the monitoring, study, and enforcement they need to thrive.

The letter concluded by requesting that Asm. Garcia “please ensure that our underwater parks and coastal areas receive the support they need to remain a vibrant part of the lives of all Californians. Dedicating higher levels of funding to the OPC and State Coastal Conservancy and high priority coastal projects within AB 2444 would demonstrate California’s commitment to protecting, restoring, and ensuring access to the state’s coast, coastal trail, and ocean for all Californians and future generations.”

The park bond will be finalized in the coming few weeks. Concerned Californian's are encouraged to contact their State Senator and Assemblymember to urge them to support this proposed funding in the park bond.
~~~~~~~~~~~~

IN OTHER COASTAL PROTECTION NEWS, both Coastal Commission bills aimed at improving and increasing transparency and accountability of how Coastal Commissioner communications are handled, including Senator Jackson’s SB 1190 and Assemblymembers Stone, Atkins and Levine’s AB 2002, have passed out of all necessary policy committees. The passage of both bills was expected, but opposition from developers' representatives, the Chamber of Commerce, and the Western States Petroleum Industry [Big Oil] was much more pronounced at the Committee hearings this week. The bills will be heard in the corresponding house's Appropriations Committees after the Legislature’s July recess.

Additionally, AB 2616, as amended, by Assemblymember Autumn Burke, passed out of the Senate Natural Resources & Water Committee on Tuesday morning. The bill amends the California Coastal Act to incorporate the state’s existing definition of “environmental justice” as well as well as reference to anti-discrimination language. The bill keeps the size of the Coastal Commission at 12 voting members but requires that each appointing authority - the Assembly Speaker, Senate Rules Committee, and Governor - designate one of their four appointees as a person who lives or works in a disadvantaged community or with demonstrated experience advancing environmental justice matters. A letter of support is in the file linked below.

Finally, Wednesday morning a diverse coalition of organizations presented a letter of support to San Diego Assemblymember Lorena Gonzalez at the Senate’s Labor and Industrial Relations Committee hearing in support of her AB 1066 that would phase-in overtime pay for farmworkers. The letter states that, “We believe the time is long overdue to support and extend fair overtime compensation to hundreds of thousands of agricultural workers. In unity, we are proud to stand with our fellow Californians and urge passage of AB 1066 to advance the fairness of overtime pay for some of our hardest working residents.”

All letters can be found here: https://www.dropbox.com/sh/aa0l8uyqhisdf0w/AADlxE0rxabamekA89Wb0DiWa?dl=0

by Amy Trainer, Deputy Director of the California Coastal Protection Network
Add Your Comments
Support Independent Media
We are 100% volunteer and depend on your participation to sustain our efforts!