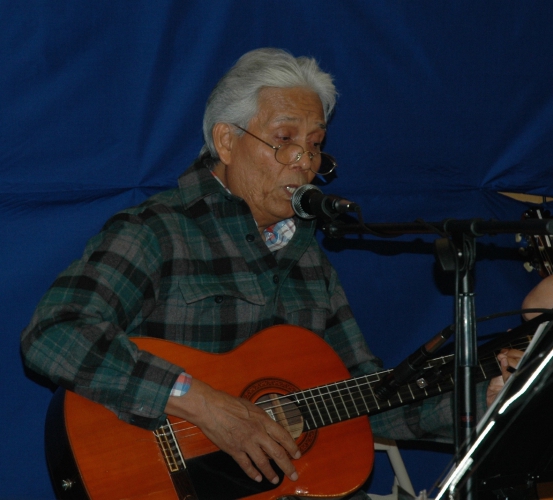 original image (1585x1433)
The following article, about the Struggle and Hope album, was in the June Community Alliance newspaper:

Agustín Lira and Patricia Wells are world class musicians living in Fresno who are starting to get some of the recognition they deserve. Their new CD, being released this month through Smithsonian Folkways, is a milestone in the promotion and preservation of their unique music.

Lira and Wells have been involved in the struggle for peace, social and economic justice for many years. Lira says “this album has all these different memories through songs, and they reflect the realities of a lot of people in this country and also people from outside this country. . . people need to hear those songs. . . it is a real history that has taken place here and it should not be forgotten.”

In 1965 Lira co-founded Teatro Campesino, a theatrical and cultural group supporting the United Farm Workers Union here in the Central Valley. He has been performing ever since. Together with Wells and Kavi Knypstra they form the band Alma.

Lira says one song on the CD was inspired by a series of article in the Community Alliance newspaper. He wrote Don’t Come to Fresno if you are Homeless “because of the treatment that the homeless veterans received at the hands of the City of Fresno. As you know, my uncles were World War II heroes but that didn’t cut any slack for them and they were discriminated upon all of their lives. I don’t care for war nor for those that promote it but I do understand that the youth who are made to fight those wars, are unfortunate pawns that do not deserve cruel treatment and neglect.” The song condemns the heartless attacks against the homeless by the city and calls for a different approach, one that treats all people with the dignity and respect they deserve.

Patricia Wells says her favorite song on this CD is She Won’t Be There. The piece opens with a lingering lead melody on guitar, followed by an equally lingering vocal line, which sets the tone of this romantic ballad. Lira expresses the cultural driven need to write and sing about hope-filled love in the midst of struggle: “How could you not sing and write beautiful love songs to people – because it is the culture?”
‘Songs of Struggle & Hope’ features signature songs of la causa as well as new creations—all composed by Agustín Lira and newly recorded by the trio—that speak to social injustice. The songs boldly discuss Chicano struggles of the past and present.

Quihubo, Raza, the upbeat first track of the album featuring a button accordion, became an anthem for Chicanos during the 1960s. El inmigrante discusses the traumatic process of being uprooted from one’s homeland and living in constant fear of deportation: “Women, children, and elderly, they throw us out of this nation,” the trio sings. “Farewell, beloved countrymen, now they will deport us.”

Hugo Morales, former farmworker, Harvard-educated founder and director of nonprofit Radio Bilingüe, said: “Agustín Lira speaks the truth; he tells it like he sees it. He says things that other people are afraid to say.”

Lira says that “it means a lot to be recognized by the Smithsonian, because they don’t do this for everybody. They think the music is worthwhile, saving and putting into history. So do I.

”The Songs of Struggle & Hope CD will be released on Friday, June 24. On the same day at 5 p.m., both Lira and Wells will be on the Street Heat radio show (KFCF 88.1 FM) listening to the songs from the CD, talking about the music and taking calls from listeners.

On Saturday, June 25 there will be a CD release party and cultural celebration at the Alfonso Hernandez Youth Center at 1515 E. Divisadero Street in Fresno. For more information about this event, call (559) 485- 8558 or go to their website at
http://www.teatrotierraonline.org.

Mike Rhodes is a journalist in Fresno. His book, Dispatches from the War Zone, Homelessness in Fresno 2002-2015, was published earlier this year. 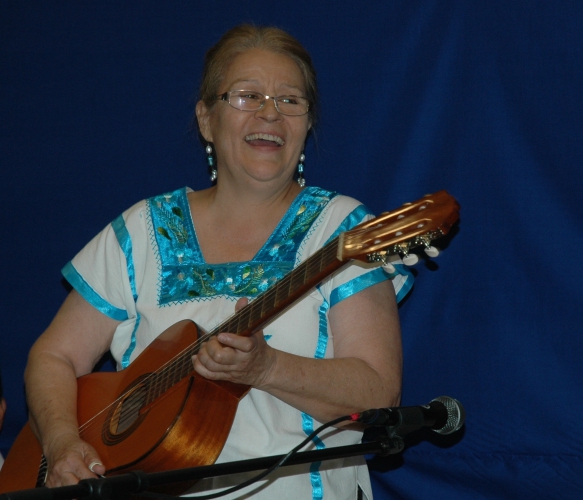 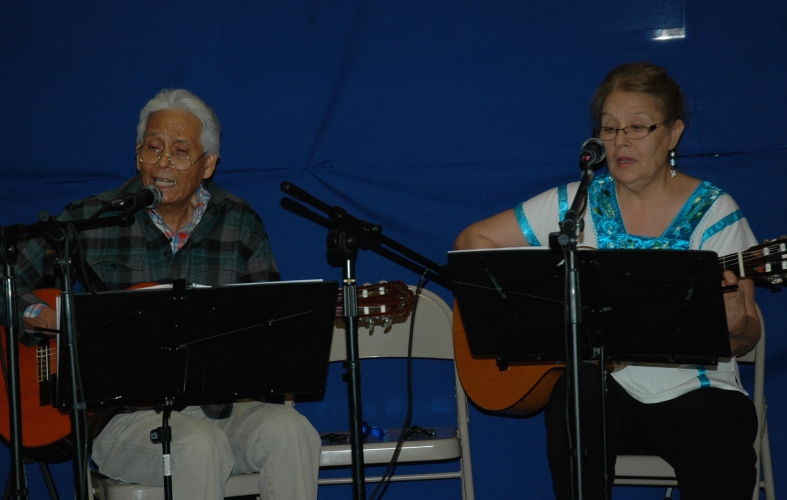 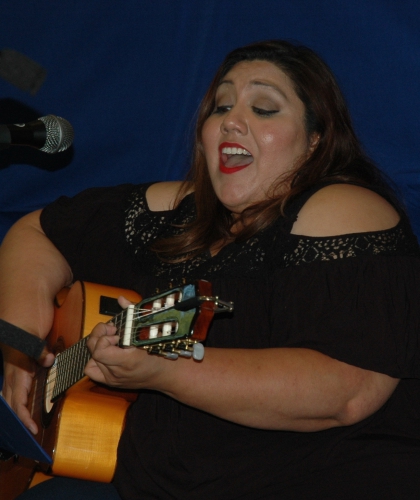 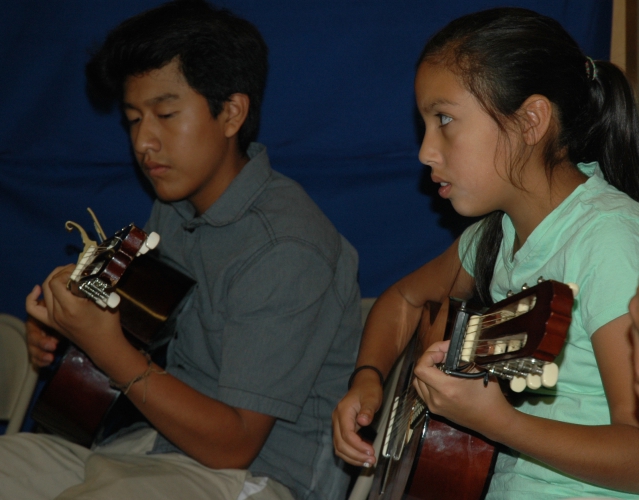 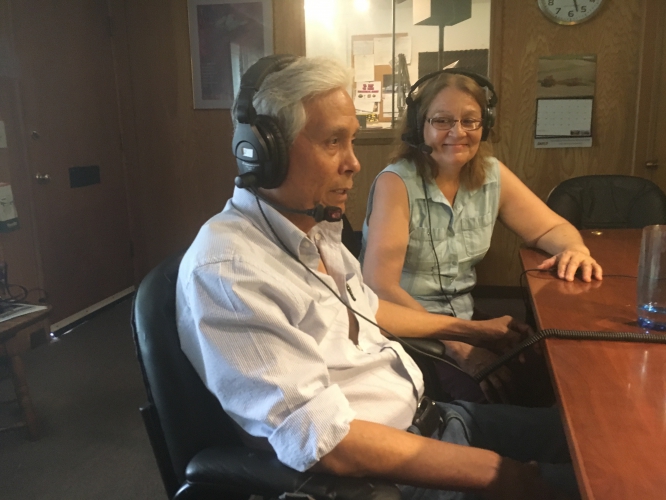 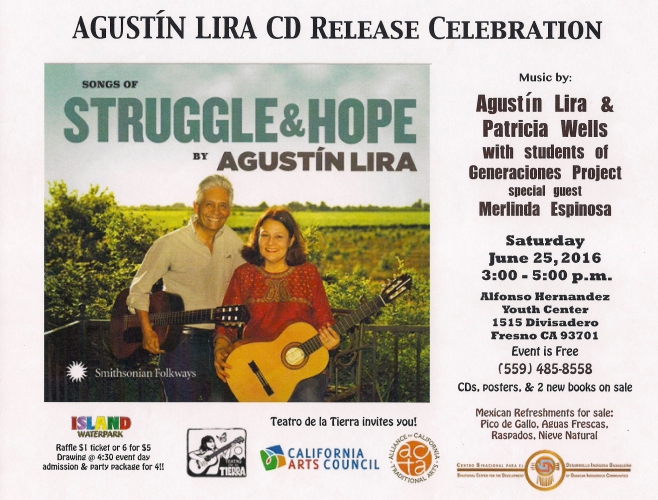