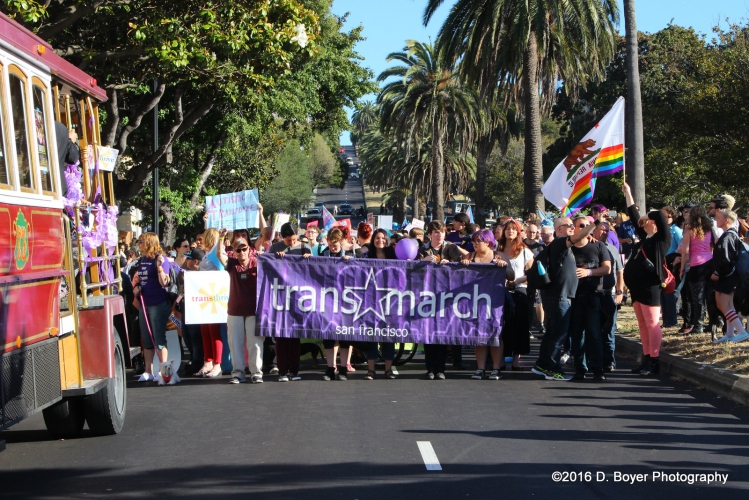 At the pre-march event politician’s Mark Leno, David Chiu, and Mayor Ed Lee were booed off stage. Janetta Johnson Executive Director of the TGI Justice Project, and a 2016 San Francisco Pride Grand Marshall announced on stage she will not attend the parade because of the increased police presence. Other groups who announced will not be attending this year’s San Francisco Pride celebration are the St. James Infirmary and Black Lives Matter. The reason for their withdrawal are the increased police presence at this year’s celebration. San Francisco Pride announced earlier this week they are stepping up security at this year’s celebration because of the violence that occurred in Orlando Florida. Historically police have abused and or wantonly killed black, and brown people and harass and jail sex workers. 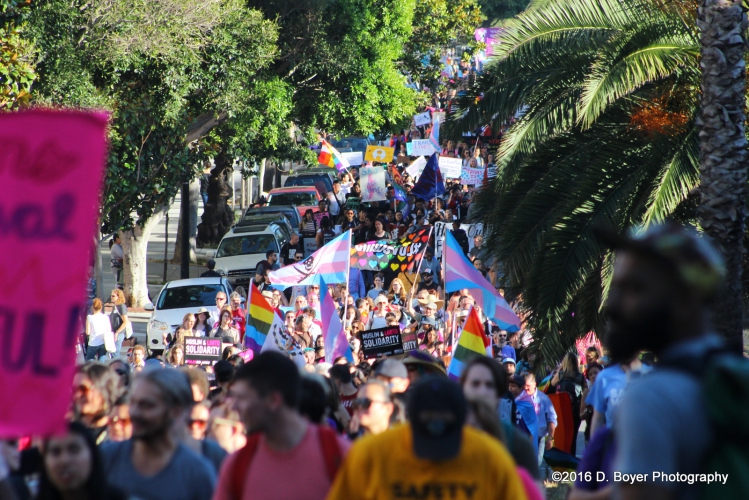 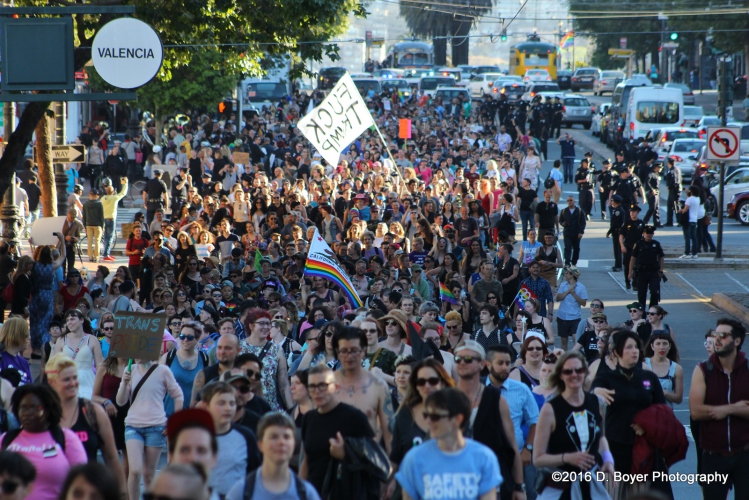 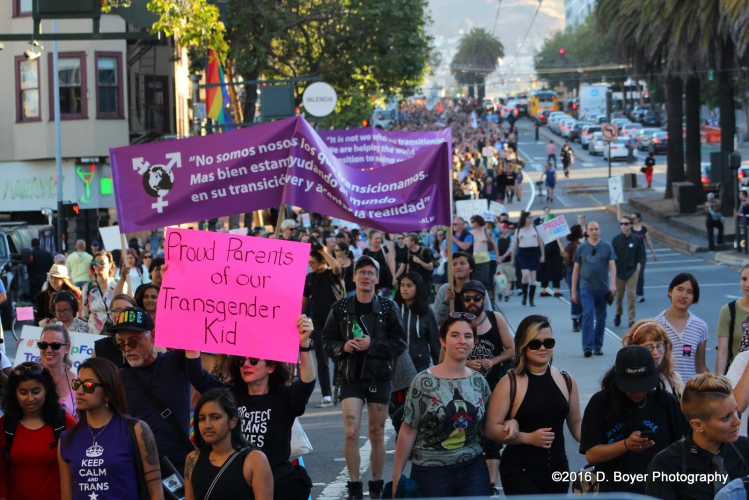 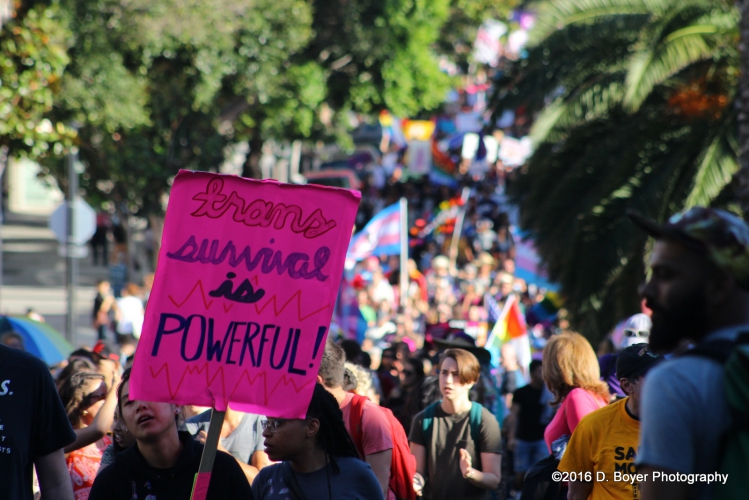 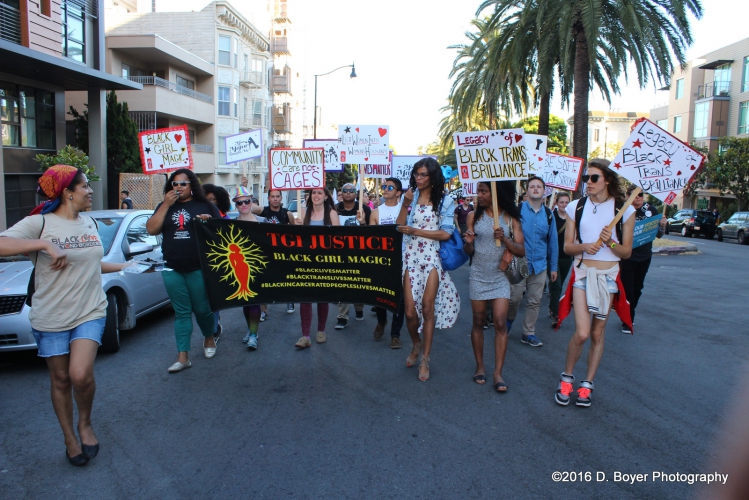 original image (1600x1067)
"TGI Justice Project is a group of transgender, gender variant and intersex people—inside and outside of prisons, jails and detention centers—creating a united family in the struggle for survival and freedom.

We work in collaboration with others to forge a culture of resistance and resilience to strengthen us for the fight against human rights abuses, imprisonment, police violence, racism, poverty, and societal pressures. We seek to create a world rooted in self- determination, freedom of expression, and gender justice.

Members:
Low income transgender women of color and our families who are in prison, formerly incarcerated, or targeted by the police. " 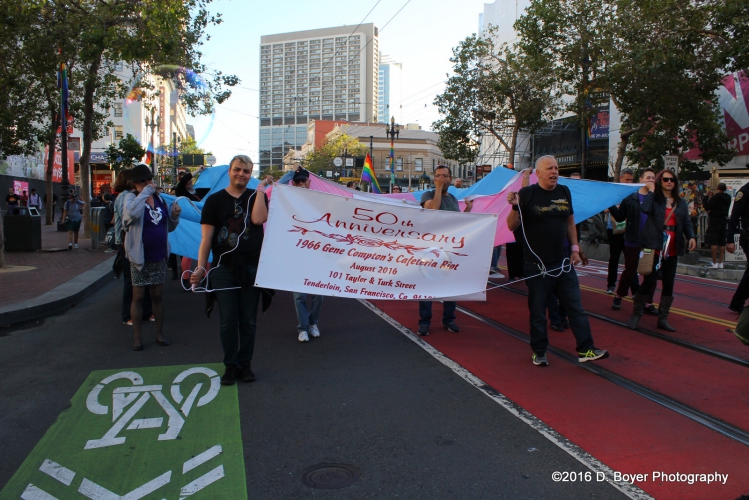 original image (1600x1067)
"The Compton's Cafeteria Riot occurred in August 1966 in the Tenderloin district of San Francisco. This incident was one of the first recorded transgender riots in United States history, preceding the more famous 1969 Stonewall Riots in New York City." 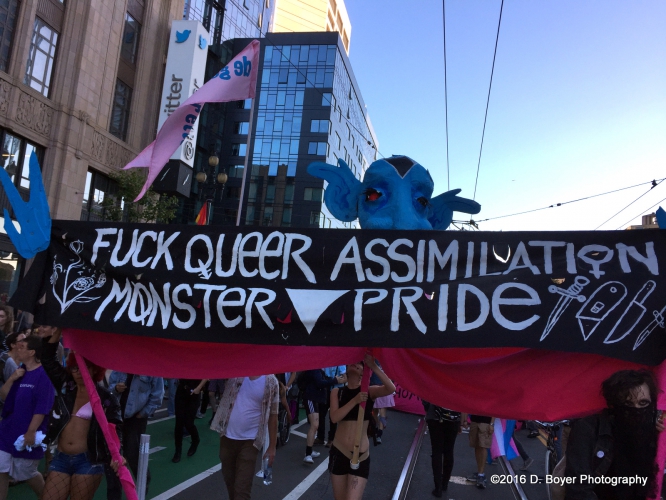 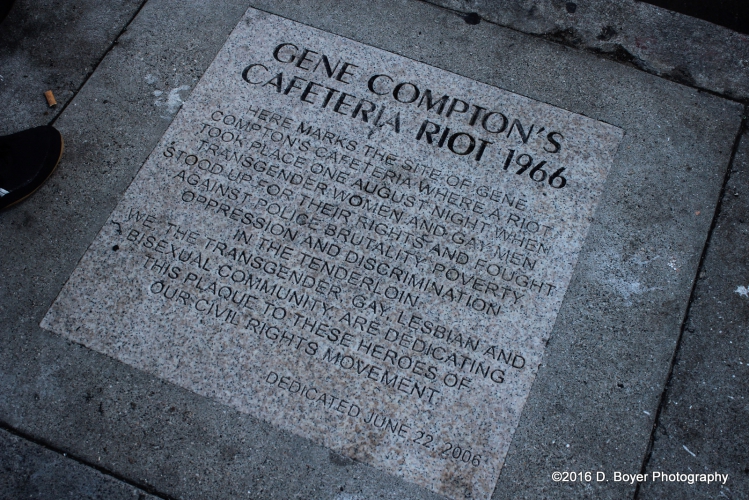 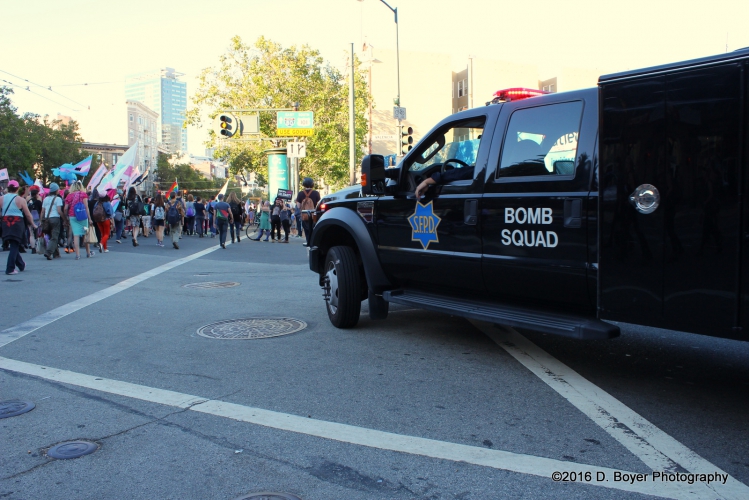 original image (1600x1067)
...includes a bomb squad truck. Yes, this truck followed the march.
Add Your Comments
LATEST COMMENTS ABOUT THIS ARTICLE
Listed below are the latest comments about this post.
These comments are submitted anonymously by website visitors.