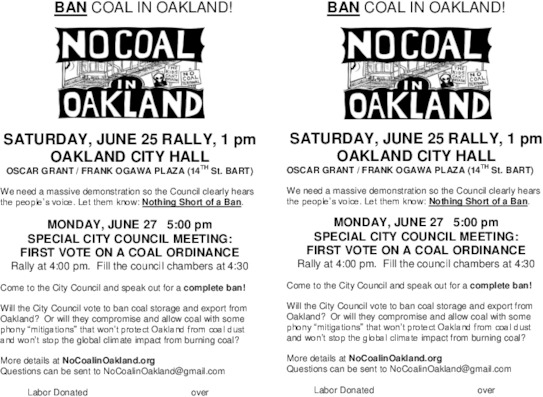 Download PDF (187.3KB)
Rally to demonstrate the people's voice. Nothing Short of a Ban on coal.
Add Your Comments
Support Independent Media
We are 100% volunteer and depend on your participation to sustain our efforts!