Frisco is the most important dramatic novel centered around the San Francisco General Strike in 1934. Bacon has integrated the characters, including Harry Bridges and other leaders of the ILWU, into the novel and gives a gripping portrayal of the class struggle.

In the summer of 1934, a strange silence descended on San Francisco. Streetcars disappeared. Gas stations closed. Theater marquees turned off. Stores and restaurants locked their doors. Butcher shops ran out of meat. The wealthy fled to their country estates. It was as if the city had died. In his debut novel, Bacon describes the forces that led to this extraordinary state of affairs. We see it through the eyes of Nick Benson and Clarisa McMahon, a young couple whose relationship is torn apart when financial hardship forces them to take separate paths. The former lovers must then learn to survive in a city that is struggling with a broken economy and a widening gap between rich and poor.

Based on historic events, Frisco introduces us to Harry Bridges, a charismatic union organizer who leads longshoremen into a strike that spreads to the entire West Coast. On opposites sides of this bloody conflict between capital and labor, Nick and Clarisa find their loyalties wavering, their relationship uncertain. In telling this tale, Bacon delivers a passionate story of betrayal and redemption, amid a tumultuous period when the City by the Bay was affectionately known as Frisco. 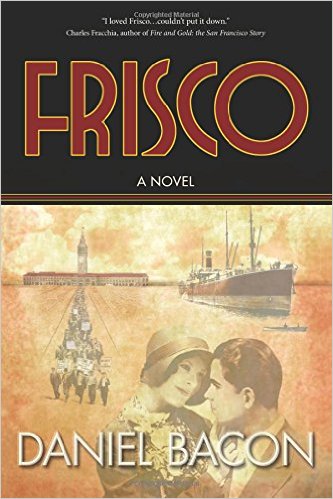 Daniel Bacon gave a book presentation on his novel "Frisco" which is about the people and struggles of the 1934 general strike. The presentation was made on July 10, 2016 at the Arcade Bookstore in San Francisco as part of LaborFest

Daniel Bacon is the author of "Frisco" a drama centered around the San Francisco general strike of 1934. This novel tell the story of the workers and the class conflicts that broke out during that successful general strike which also helped establish the Internatonal Longshore Workers Union.
Bacon made this presentation at the Green Arcade in San Francisco as part of LaborFest on July 10, 2016
For more information
http://www.daniel-bacon.com/frisco/
http://www.laborfest.net
Production of Labor Video Project
http://www.laborvideo.org
END_OF_DOCUMENT_TOKEN_TO_BE_REPLACED
§ILWU Local 34 General Strike
by LaborFest 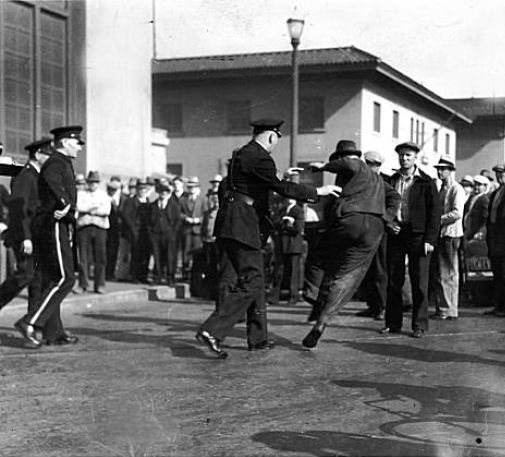 The novel "Frisco" brings to life the conditions and struggles in the 1934 general strike
END_OF_DOCUMENT_TOKEN_TO_BE_REPLACED
Add Your Comments
Support Independent Media
We are 100% volunteer and depend on your participation to sustain our efforts!