"... it's clear that the working class in this country is ready for revolution. As the true left discusses reform vs. revolution, the Green Party is now uniquely positioned to finally be the electoral tactic of grassroots movements…" 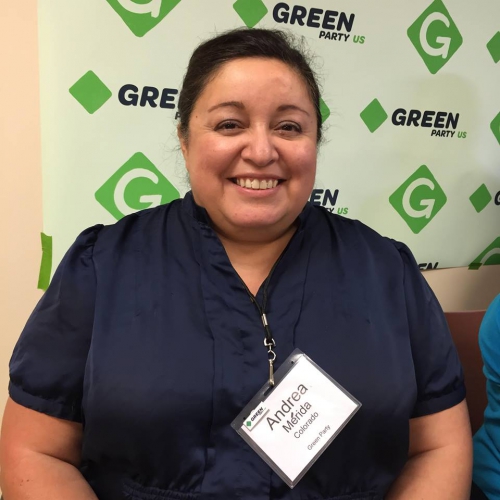 In a major development, the Green Party took a key step towards declaring itself Eco-socialist. The party’s National Committee voted Sunday night to approve a proposed amendment to the party’s platform entitled “Ecological Economics.” The proposed platform position declares that the Green Party is anti-capitalist and in favor of a decentralized vision socialism.

The proposal would have the Greens go on the record, for the first time, that they want to go beyond reforms intended to make capitalism greener, in favor of a democratic and decentralized conception of green socialism. The proposal, “addresses the economic inequalities, social inequalities, and productivism of both capitalism and state socialism and emphasizes grassroots democracy in the workplace. This workplace grassroots democracy has been largely absent from the Green platform, and many believe it is the way forward for a truly ecological economy and a new system...The Green Party seeks to build an alternative economic system based on ecology and decentralization of power, an alternative that rejects both the capitalist system that maintains private ownership over almost all production as well as the state-socialist system that assumes control over industries without democratic, local decision making. We believe the old models of capitalism (private ownership of production) and state socialism (state ownership of production) are not ecologically sound, socially just, or democratic and that both contain built-in structures that advance injustices...Production is best for people and planet when democratically owned and operated by those who do the work and those most affected by production decisions.” http://gp.org/cgi-bin/vote/propdetail?pid=835

Andrea Mérida Cuéllar, the National Co-Chair of Green Party, told IndyBay, “The themes of the left that we saw develop in the early parts of the 20th century are timely again because of the economic, social and environmental upheaval wrought by late-stage capitalism. Even though these themes have been co-opted by the political center, it's clear that the working class in this country is ready for revolution. As the true left discusses reform vs. revolution, the Green Party is now uniquely positioned to finally be the electoral tactic of grassroots movements…we are now ready to finally become the party of the 99 percent and be worthy of the attention of an anti-oppressive and leftist worker cadre.”
Add Your Comments

§Hooray!!
by Rael Nidess, M.D.
Friday Jun 17th, 2016 10:51 AM
So happy to learn that the Green Party will adopt a rational economic position. This paves the way for more intensive collaboration with other Socialist groups to grow the movement for real democracy.
Add a Comment
§Great news
by Mel Pritchard
Friday Jun 17th, 2016 5:32 PM
This is great. I registered Democrat to vote for Bernie Sanders, but I am closer to the eco-socialist perspective of the Greens. Now that they are on record as eco-socialist, I'll be happy to re-register as a Green (I've been a Green since 1996).
Add a Comment
§Yes! Let's Come Together!
by Brandy baker
Monday Jun 20th, 2016 12:10 PM
Absolutely, Rael! We all need to come together and consolidate our power.

Congrats to Andrea and others in the Green Party who worked hard to make this happen. Andrea is a great co-chair who works very hard for the Greens.
Add a Comment
Support Independent Media
We are 100% volunteer and depend on your participation to sustain our efforts!