Add an Event
Newswire
Calendar
Features
Home
Donate
From the Open-Publishing Calendar
From the Open-Publishing Newswire
Indybay Feature
Publish to Newswire
Add an Event
Related Categories: California | Environment & Forest Defense | Government & Elections
Major Coastal Commission Reforms In Play in Legislature
by Amy Trainer
Friday Jun 3rd, 2016 3:51 PM
The 2016 legislative session started off with an impressive slate of eight bills aimed at reforming the California Coastal Commission, some of those proposing to weaken the California Coastal Act. The Legislative session reached its halfway point on June 3rd, with the deadline for all bills to pass out of their house of origin. Of the eight original Coastal Commission bills, only three are still alive. 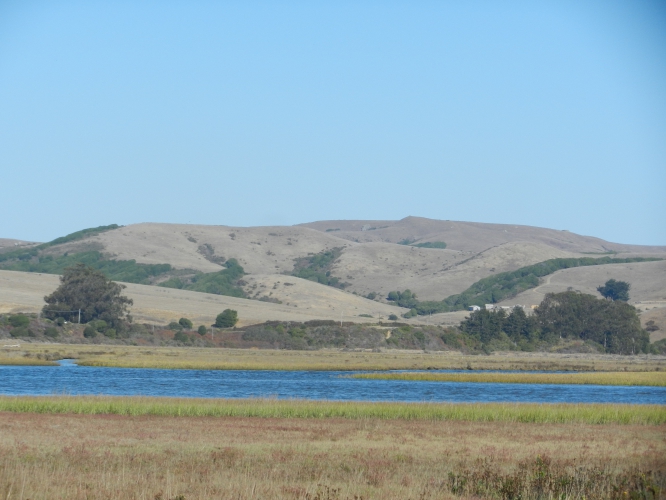 original image (4000x3000)
Of the three remaining coastal reform bills, all three could directly strengthen coastal protection, two by addressing ex parte communications and lobbying between Commissioners and permit applicants and their agents, and the third by incorporating environmental justice considerations into the Coastal Act.

SB 1190 (Jackson) would prohibit Commissioners from engaging in ex parte communications on quasi-judicial [i.e., those in which the Commission acts as a judge deciding on a proposed development permit] or enforcement matters. This bill also clarify that commissioners may not attempt to influence commission staff findings or recommendations on matters before the commission prior to a public hearing. SB 1190 passed out of the Senate on May 22nd.

AB 2002 (Atkins/Stone/Levine) aims to improve transparency and accountability at the Coastal Commission by requiring that paid agents who lobby on behalf of projects before the Coastal Commission – some estimated in the hundreds of millions of dollars - register as lobbyists and adhere to associated public disclosure requirements, such as stating where their funding comes from. For four decades, our beautiful, iconic coastline has been viewed as a democratic commons, thus many feel that it is imperative that those paid to lobby the Coastal Commission are subject to the same lobbying reporting and public disclosure laws to ensure integrity, transparency and accountability in all its actions. AB 2002 passed the Assembly with a 2/3 majority vote on June 2nd.

Together, SB 1190 and AB 2002 will dramatically improve transparency and accountability, as well as begin to restore the public's trust in the Commission.

AB 2616 (Burke) would amend the Coastal Act to require consideration of “environmental justice,” as that term is defined in state law, in the course of all Commission decisions and appeals. A provision of the bill that would have required affordable housing in the coastal zone was removed in the Assembly’s Appropriations Committee. AB 2616 bill passed the Assembly on June 2nd.

AB 2185 (Gonzalez) unfortunately failed to pass out of the Appropriations Committee. The bill aimed to address the lack of affordable overnight coastal accommodations in the coastal zone by guiding the development of new accommodations projects statewide. CCPN and other organizations are very committed to ensuring that all Californians, particularly lower income communities and communities of color, have an opportunity to access and recreate along California’s magnificent coastline.

A total of four bills proposed to weaken the Coastal Act and hamstring the effective functioning of the Commission’s staff failed to pass out of committee. The first bill, AB 2171 (Jones), proposed to bypass the Coastal Commission’s statutory authority to hear appeals of certain local permit decisions and allow permit applicants to file an appeal directly to superior court in lieu of filing an appeal with the Commission. Advocates opposed this bill because the Coastal Commission’s appeal process is critically important for protecting public access and coastal resources, promoting consistent application of the Coastal Act statewide, and ensuring effective use of judicial resources by weeding out meritless appeals.

A second bill by Assemblymember Jones, AB 2648, would have enabled counties to assume authority state and federal coastal zone management within their boundaries, effectively gutting the Coastal Act’s system of statewide coastal management. AB 2658 (Maienschein) would have newly categorized any communication between Commission staff and a permit applicant, appellant, other interested party, or member of the public about a matter within the Commission’s jurisdiction as an “ex parte” communication. This would have imposed significant inefficiencies and costs on the agency, effectively grinding day-to-day coastal permitting and planning to a crawl. Finally, AB 1871 (Waldron) would have eliminated the Commission’s ability to consider or analyze the growth-inducing impacts of a proposed water supply projects.

These four bills would have had significant deleterious effects on the Coastal Act and the functioning of the California’s highly regarded coastal management program. Thankfully, all of them failed to pass out of the Assembly Natural Resources Committee.

For the three coastal bills that are still in play, they will be heard in the appropriate policy committees in the coming weeks. Assuming they pass, they will go to Appropriations Committees most likely in August after the Legislature returns from its summer recess.

In the end, both the Assembly and Senate apparently agree that significant reforms are needed at the Coastal Commission and how Commissioners communicate with developers' agents, as evidenced by the passage of both SB 1190 and AB 2002. What remains to be seen is the level of reform that the Governor is willing to support.
http://www.coastaladvocates.com
Add Your Comments
LATEST COMMENTS ABOUT THIS ARTICLE
Listed below are the latest comments about this post.
These comments are submitted anonymously by website visitors.