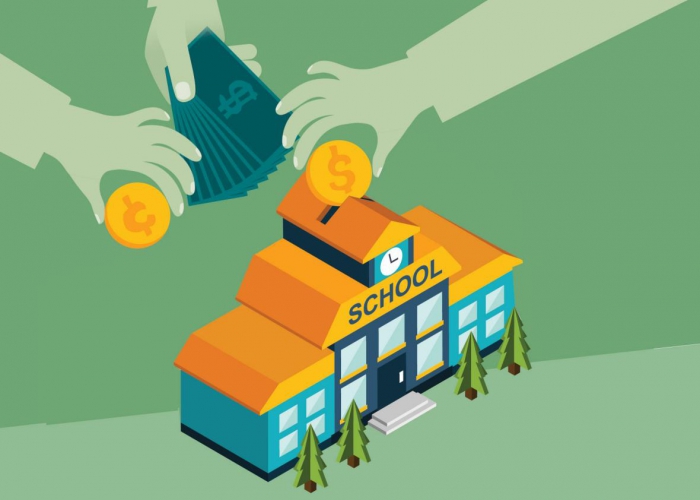 •
Bernie Sanders is calling for a “revolution.” Were his proposals implemented, some positive changes could occur. Life threatening global environmental problems could be more seriously addressed, economic inequality could be reduced, everyone could be guaranteed health care as a right, and public higher education could be tuition free.

To carry out his “revolution,” there will need to be a well-organized mass movement that is not dependent on a single individual such as himself. It will obviously need help and support from other political leaders.

Recently, Sanders began endorsing some Democrats running for office. One of his endorsees is Jane Kim who currently serves on San Francisco’s Board of Supervisors and is seeking election to California’s State Senate. She has received endorsements from many “progressive” organizations and individuals in San Francisco. Her major opponent could be characterized as a business friendly Democrat.1

Perhaps Sanders decided to endorse Kim because she has put forward a plan for tuition free community college education for San Francisco residents and those who work in San Francisco at least half-time who attend City College of San Francisco (CCSF). Funding would come from additional transfer taxes on the sale of properties worth over $5 million, i.e. the rich.2

Kim’s proposal is a step toward restoring free community college in California as existed statewide some 35 years ago. If enacted, it would benefit many CCSF students who are predominantly working class students of color.3

Unfortunately, Kim holds other views that are problematic. She favors charter schools. The goals of her housing proposals are questionable. Additionally, she brags about having helped to attract major corporations to San Francisco by offering them tax breaks.

What is quoted below (in places emphasis is added) are Kim’s November 2015 responses to questions submitted to her by the California Federation of Teachers (CFT) which has endorsed her as has its CCSF affiliate AFT 2121.

Former President of the San Francisco Board of Education Kim wants to improve our education system and “close the achievement and opportunity gap.” One way she believes this can be done is by “nurturing the role of charter schools in our system…”

This is extremely troubling. Charter schools are usually predominantly funded with money from taxpayers. They are generally anti-union, offer teachers no job protections, are often run by private for profit companies, and can be selective in who enrolls–rejecting those who are suspected of being trouble makers or are seen as having special needs.

“Charter schools serve as an important space where minority students and low ­income communities may receive education that is critical for gaining skill and knowledge. Not limited to serving any specific community, charter schools are also essential for talented students that excel in any given area to receive the continued training that is essential for their growth. Offering an alternative environment for students, charter schools serve as a necessary option for education by integrating both characteristics of a public and private schools. I have supported existing charter schools reauthorizations in San Francisco that have demonstrated successful outcomes for students and I have voted against new charter authorizations, many of whom do not have a track record of success.”

Under Kim’s model, with the “talented students” attending charter schools, charters will be praised for their success. Public schools, devoid of supposedly talented students, will be criticized for not doing a good job based on questionable criteria for measuring “successful” schools, and then face threats of funding cuts and closure.

Kim states she will make sure that charter schools have to demonstrate a record of “successful outcomes,” whatever that means, when that might not be hard to do if they have all the “talented students.”

San Francisco is going through a boom. It has a robust economy with a low level of unemployment, but simultaneously one of the worst housing crisis in the country. Many people are being wrongfully evicted. Rents and home prices have skyrocketed. Those most adversely impacted have been people with low to moderate incomes who are facing wrongful evictions and are being gouged by higher rents forcing them to move out of the city. For example, housing in San Francisco for most teachers is unaffordable.4

When affordability is not defined, it is a slippery concept that could be applied to people with more than six figure incomes. Given the great need for housing that people with lower incomes face, why does Kim advocate that only 40% of housing built on public land be affordable? Given San Francisco’s housing crisis, should public land on which housing is to be built be used for any housing other than housing that lower income folks can afford to live in? i.e. Shouldn’t all housing built on public land be affordable for those with lower incomes as a start to solving the housing crisis?

Noteworthy is that Kim helped pass a tenant rights ordinance she describes as “the boldest protections ordinance in the country to counter frivolous and profit ­incentivized evictions.” Despite this bold tenant protections, she stated at a Board of Supervisors meeting on May 24 that San Francisco is becoming a city with “record levels of evictions and rents.”5

HOUSING FOR THE HOMELESS

“My legislative priority for the upcoming year is to address housing homeless children and their families. We have a limited window of opportunity to end the cycle of poverty for the next generation, and it must include stable, safe, and clean housing. If we do not address this now, we guarantee that the homeless child today suffers chronic homelessness and intransigent poverty as an adult. I am actively partnering with the mayor as well as experts in the arena of housing, finance, and family homelessness to fully implement a roadmap to end the family homelessness by 2019.”6

Yes, providing a home for homeless children is an obvious priority, but shouldn’t Kim seek to immediately house all who are homeless?6 Is she saying that if you are not part of a family with children—tough luck, plan on remaining homeless or find a partner and make a baby!?

Additionally, how will housing for the homeless going to be properly addressed if only a portion of new housing built will be “affordable?”

Elsewhere, Kim brags about one of her accomplishments.

“I authored a tax exclusion legislation to attract technology companies and small businesses in a corridor in my district with the highest commercial vacancy rate in San Francisco in 2011. The commercial vacancy rate has fallen as low as 2.4% in most parts of my district and this corridor is now home to Twitter, Uber, Square, Dolby, and Zendesk. I am committed to creating good paying/family wage jobs, so that diverse residents can continue to live in the Bay Area.”

Kim claims her corporate tax break attracted the above companies with their presumably highly paid workers. Has attracting these companies led to less affordable housing in San Francisco exacerbating its housing crisis that results in driving people out of the city and/or creating more homelessness?

In politics, one would be a fool to seek out perfect allies. However, given his expressed goals, should Sanders be aligning himself with a politician such as Kim?

Were Sander’s “revolution” successfully carried out, wouldn’t charter schools and the type of corporate tax subsidy favored by Kim be what one would expect from a triumphant counter-revolution?

1 SF Bay Guardian Endorsements include endorsements of Sanders and Kim.

“It’s just that on economic issues, he’s a conservative – that is, he believes in market-based solutions to issues like housing, he didn’t support the anti-speculation tax, he doesn’t support higher mandates for affordable housing, he was on Airbnb’s side in the critical vote on saving housing from conversion into hotels …”

2 San Francisco Chronicle quoting Eric Jaye, a consultant for Kim’s campaign:
“The pair (Sanders and Kim) connected over the issue of free community college for all, which Jane has worked for.”

3 Kim’s proposal has some serious shortcomings. Free tuition would only be available to San Francisco residents and those who work half-time in San Francisco. This could mean that a tenant wrongfully evicted by a slumlord and having to move out of San Francisco would no longer be eligible for free tuition while the landlord would be.

To address the above concerns, Kim could promise that if she is elected to the State Senate, she would immediately put forward legislation to make all of California’s community colleges tuition free. Here, she wavers a bit, “I believe that community college should be free or nearly free to all who wish to attend.”

“There is not one single home currently for sale in San Francisco that would be affordable for the average teacher to buy. This sobering stat comes from new Redfin research that compared the average salaries of teachers across California to home prices in the state. In San Francisco, where the median teacher salary in 2012 was $59,700, Redfin calculated that a home affordable for someone making that much each year would cost $220,000. There are no listings at that price point currently available in the city.”

Video of entire meeting with the quoted statement:http://sanfrancisco.granicus.com/MediaPlayer.php?view_id=10&clip_id=25473

6 To her credit, Kim recognizes the problem:

“1 out of every 25 San Francisco public school students is homeless — facing daily sleep deprivation, anxiety, hunger, and lack of access to clean clothing, showers, or basic toiletries. Based on Compass Connecting Point data, there are enough homeless students in San Francisco schools to fill more than 70 classrooms or 35 Muni buses. They are our neighbors, our children’s classmates, and they are struggling.”

JUNE 2, 2016 6:00 AM
Charter schools and allies pour it on in California legislative races


Charter schools and allies pour it on in California legislative races 00:59

Charter school association, related group and EdVoice spend nearly $9 million in 12 districts. EdVoice has paid for ads in the 4th Assembly District contest. The spending, though, has come under criticism. Campaign footage posted on YouTube
BY JIM MILLER
jmiller [at] sacbee.com
Charter school advocates and their allies, largely bankrolled by a handful of wealthy donors, are dominating the state’s political landscape this primary season, pouring nearly $9 million into legislative races around the state.

Saying they are tired of current conditions in California schools, they are spending in 12 different districts, seeking to elect lawmakers they believe will be more sympathetic to their cause on such issues as teacher performance, tenure and the way schools are governed.

The California California Charter Schools Association, EdVoice and the charter-school funded Parent Teacher Alliance are spending significantly more than those groups committed during the last three legislative primary seasons, through Wednesday spending a third of all outside money seeking to influence legislative elections.

EdVoice, which has spent nearly $5 million in six districts since April 1, is supporting candidates it believes will be receptive to changing the education system, either through charter schools or changes in public schools, said Bill Lucia, the organization’s president and CEO.

Continue Reading ...
http://www.sacbee.com/news/politics-government/capitol-alert/article81488362.html
http://www.counterpunch.org/2016/06/03/has...
Add Your Comments
LATEST COMMENTS ABOUT THIS ARTICLE
Listed below are the latest comments about this post.
These comments are submitted anonymously by website visitors.