The History of Socialism in America 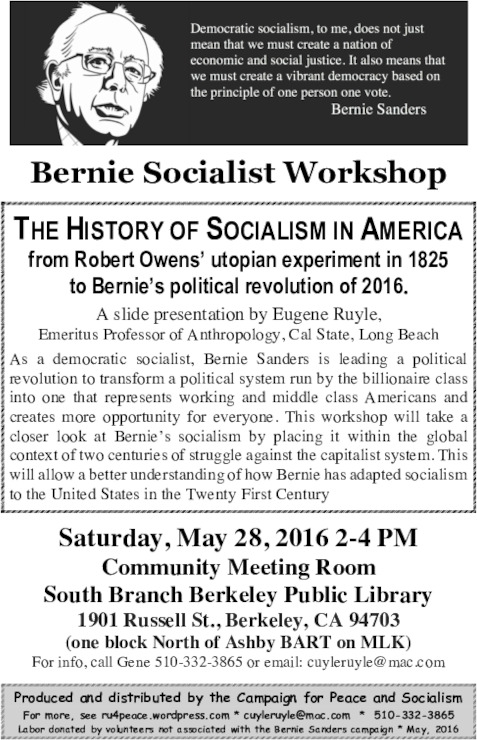 As a democratic socialist, Bernie Sanders is leading a political revolution to transform a political system run by the billionaire class into one that represents working and middle class Americans and creates more opportunity for everyone. This workshop will take a closer look at Bernie’s socialism by placing it within the global context of two centuries of struggle against the capitalist system. This will allow a better understanding of how Bernie has adapted socialism to the United States in the Twenty First Century

END_OF_DOCUMENT_TOKEN_TO_BE_REPLACED
Added to the calendar on Thu, May 19, 2016 7:47PM
Add Your Comments
Support Independent Media
We are 100% volunteer and depend on your participation to sustain our efforts!