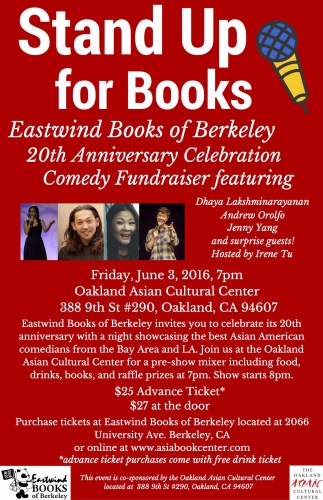 Irene Tu is a stand-up comedian, writer, and actor. She was named one of the “Bay Area’s 11 Best Stand Up Comedians” in 2016 by the SFist and has been featured in numerous comedy festivals including SF Sketchfest. She produces a number of independent comedy shows in Oakland and San Francisco. You can follow her @irene_tu. irenetu.com

Dhaka Lakshminarayanan was named one of the “16 Bay Area performers to watch in 2016” by the SF Weekly. The San Francisco Bay Guardian named her Best Comedian 2013 in the “Best of the Bay” Readers’ Poll. Comedy Central Asia crowned her the Grand Prize Winner of “The Ultimate Comedy Challenge” filmed in Singapore. Her list of credits include the Bridgetown Comedy Festival, San Francisco Sketchfest, the Boston Comedy Festival, the Limestone Comedy Festival and Laugh Your Asheville Off. She has opened/featured for or worked with the following: Janeane Garofalo, Marc Maron, Greg Behrendt, Jello Biafra, Dick Gregory, Anthony Jeselnik, Maz Jobrani, and Greg Proops. dhayacomedy.com

Andrew Orolfo Long ago, a myriad of earth revolutions around the sun, a man of nomadic origin was thinking about fornicating, at some point, with a woman. Across the world, a woman, a maiden, had dreams of giving birth to a champion of space and time. This man illustrated his intended sexual plans and activities, with a hypothetical woman, in a book he bought from a market place, from a person, in the city of Orolfo. This blank book was from the Philippines and had mystical influence. This wayfarer, after completing his illustrations, in the book, laid down to sleep. During his sleep, he had dreams of fornicating with a woman. Upon awakening, his face, voice, body, mind, and soul had changed, been altered. He toured the world, telling people stories, lessons, and jokes. With his identity changed, the book in hand, he thought of only the city of Orolfo and the person, who sold the book to him in the market place, was named Andrew.

Purchase tickets at Eastwind Books of Berkeley or online: http://www.asiabookcenter.com. Check our website for details on Sponsorship Ticket levels and perks! $25 in advance (includes drink ticket), $27 at the door (drink ticket not included)

Can't make the show but still want to keep Asian American activism alive? Donate to Eastwind on our website: http://www.asiabookcenter.com/author--book-events.html

Eastwind Books of Berkeley has been serving the East Bay providing books on Asian American diverse cultures, history, and literature since 1996. Celebrating 20 years in Berkeley this year, our management brings to the bookstore a history of activism for Ethnic Studies during the 1968-1969 Bay Area Third World Liberation Front Strikes. Eastwind Books of Berkeley’s theme of community bookstore was inspired by the 1970 Everybody’s Bookstore in San Francisco Chinatown-Manilatown International Hotel movement. Please come and support this unique bookstore.

Sponsored by the Oakland Asian Cultural Center and Eastwind Books of Berkeley
END_OF_DOCUMENT_TOKEN_TO_BE_REPLACED
Added to the calendar on Tue, May 17, 2016 12:26PM
§Irene Tu, Host
by Harvey Dong 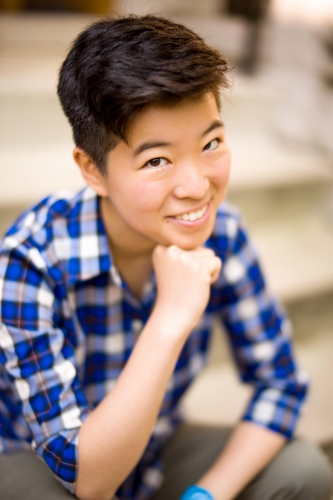 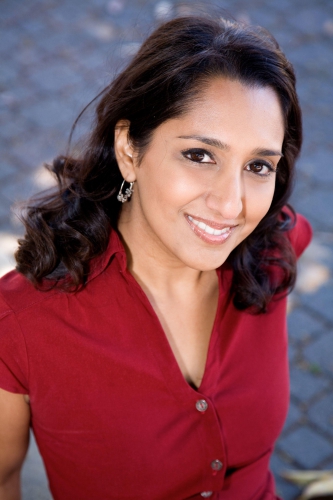 original image (2000x3000)
Dhaka Lakshminarayanan was named one of the “16 Bay Area performers to watch in 2016” by the SF Weekly. The San Francisco Bay Guardian named her Best Comedian 2013 in the “Best of the Bay” Readers’ Poll.
END_OF_DOCUMENT_TOKEN_TO_BE_REPLACED
Add Your Comments
Support Independent Media
We are 100% volunteer and depend on your participation to sustain our efforts!