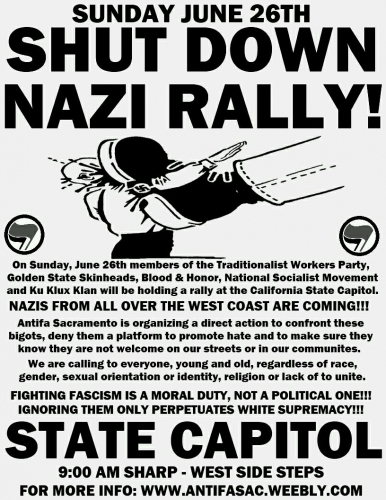 NAZIS FROM ALL OVER THE WEST COAST ARE COMING!!!

Antifa Sacramento is organizing a direct action to confront these bigots, deny them a platform to promote hate and to make sure they know they are not welcome on out streets or in our communities.

We are calling to everyone, young and old, regardless of race, gender, sexual orientation or identity, religion or lack of to unite.

FIGHTING FASCISM IS A MORAL DUTY, NOT A POLITICAL ONE!!!
IGNORING THEM ONLY PERPETUATES WHITE SUPREMACY!!! 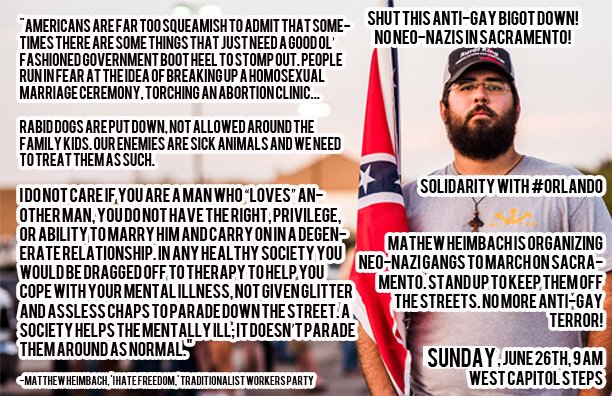 Stand in solidarity with Orlando in Sacramento. Push the anti-queer bigots off the streets!
June 26 / 9 AM / Capitol.