Add an Event
Newswire
Calendar
Features
Home
Donate
From the Open-Publishing Calendar
From the Open-Publishing Newswire
Indybay Feature
Publish to Newswire
Add an Event
Related Categories: Santa Cruz Indymedia | Government & Elections | Health, Housing & Public Services | Police State & Prisons
Freedom Sleepers Continue to Sleep at Santa Cruz City Hall
by Alex Darocy (alex [at] alexdarocy.com)
Sunday May 15th, 2016 4:40 PM
The Freedom Sleepers continue to directly oppose local laws that criminalize homelessness in Santa Cruz. On May 10, they held their 44th community sleepout at City Hall. The activists, some housed and some unhoused, have been organizing the sleepouts once a week since July 4. [Top photo: A Freedom Sleeper sleeps under the Food Not Bombs canopy in front of Santa Cruz City Hall in the early hours of May 11.] 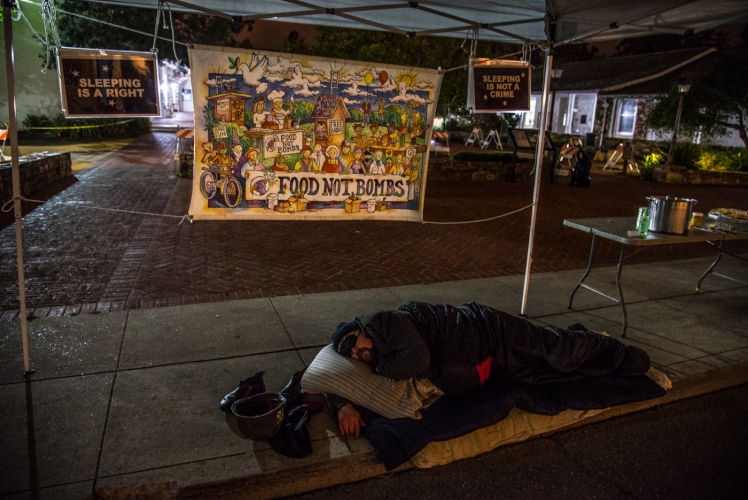 original image (1400x935)
Police sweeps of the sleepouts have resumed.

At the most recent sleepout on May 10-11, three Santa Cruz Police Department patrol vehicles arrived shortly before 4am. Officers woke up two people who were sleeping together just inside of City Hall's boundaries, and forced them to move along. The homeless couple simply re-located across the street and slept on the sidewalk in front of the public library. The three police officers also asked activists to move some of their equipment, which was on City Hall property, and then left to patrol the rest of City Hall.

Attendance at the sleepouts was thinly stretched during the winter months, but has been increasing as the weather becomes warmer, which may be the reason for the recent increase in police activity.

Depending on where they chose to sleep at City Hall, participants at the sleepouts have been violating the city's parks trespassing ordinance and/or the city's camping ban, as an intentional act of civil disobedience.

Some of those joining the sleepouts are not activists. They do so because they have nowhere else to go. Some join in order to sleep with a group of people, or to grab a bite to eat, which is often provided by volunteers with Food Not Bombs, among other sources. Many join the group and sleep with very limited bedding on the cold, hard sidewalk.

The city and the police have gone to great lengths to keep the City Hall complex clear of protesters during the sleepouts, which is why most of the activists presently involved have chosen to sleep in front, on the narrow public sidewalk.

The principle demand of the Freedom Sleepers has been for the repeal of the city's camping ban, which bans sleeping in public, with or without bedding, between the hours of 11pm and 8:30am. The camping ban also prohibits sleeping in cars.

Some participants stay the night at City Hall to protest specific aspects of the criminalizition of homelessness they have encountered personally.

One protest sign on display at the May 3 sleepout criticized the early morning homeless sweeps and forced wake-ups that are conducted daily on city properties by security guards with First Alarm. First Alarm arrives early each morning to clear out people sleeping at public parking lots, the Library, City Hall, and the Civic Auditorium.

Participation at the sleepouts has included many different activists working on a wide range of approaches to ending the criminalizition of homelessness. Over the course of the protests, many different plans have been discussed that propose increased access to public lands and facilities.

Most recently, the sleepouts have been the center of organizing around a campaign to open City Hall's public restroom as a 24 hour facility. Advocates have been circulating a petition to gather signatures in support of the proposal, in addition to reaching out to the city council.


To sign the petition in support of a 24 hour restroom, see: 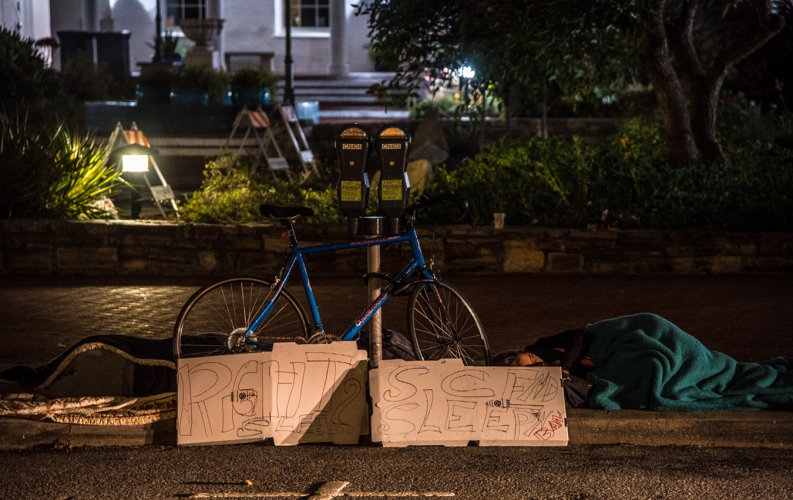 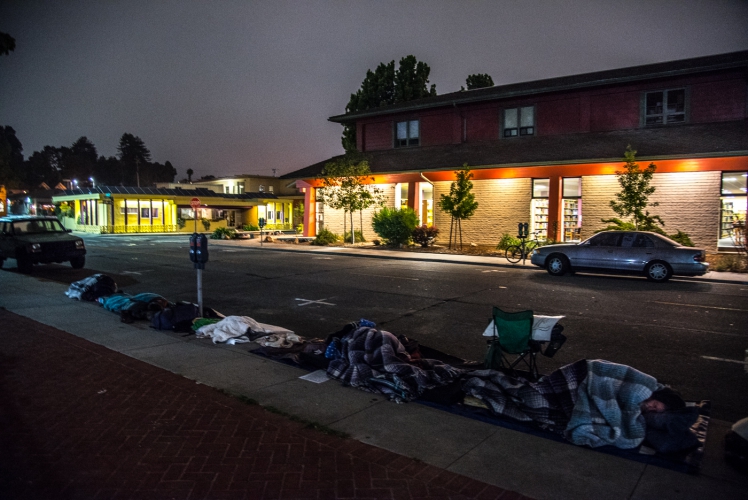 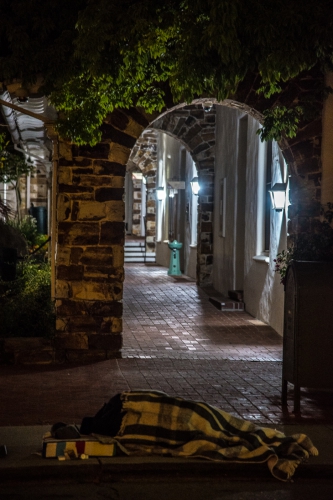 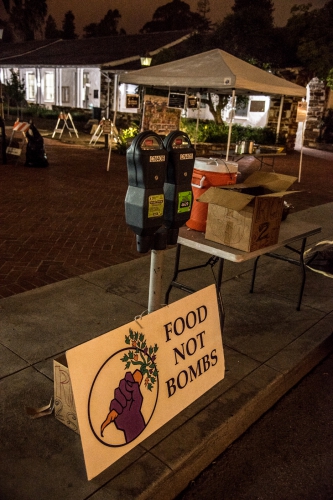 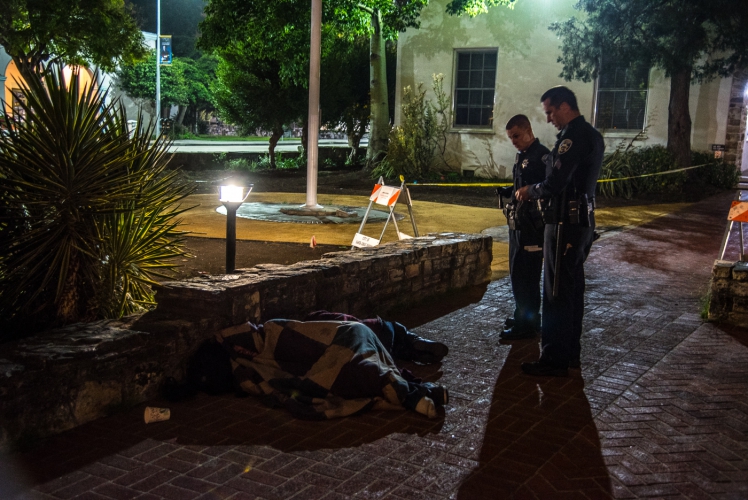 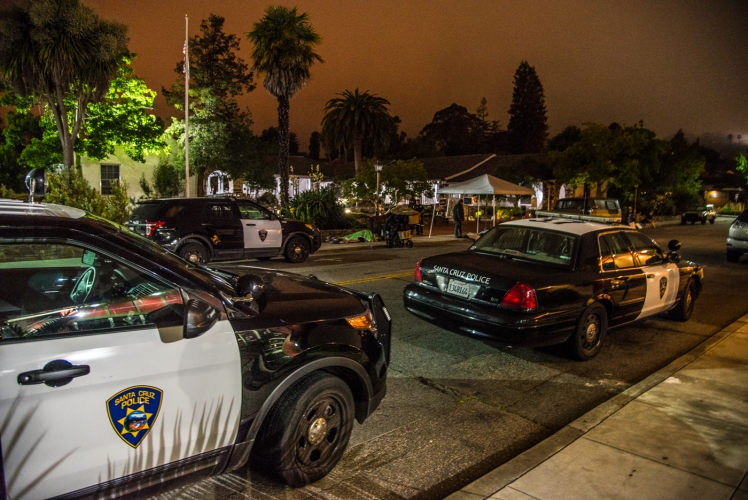 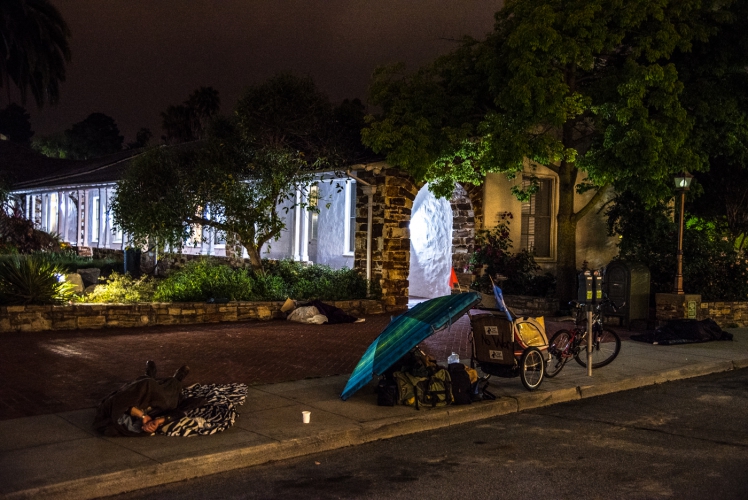 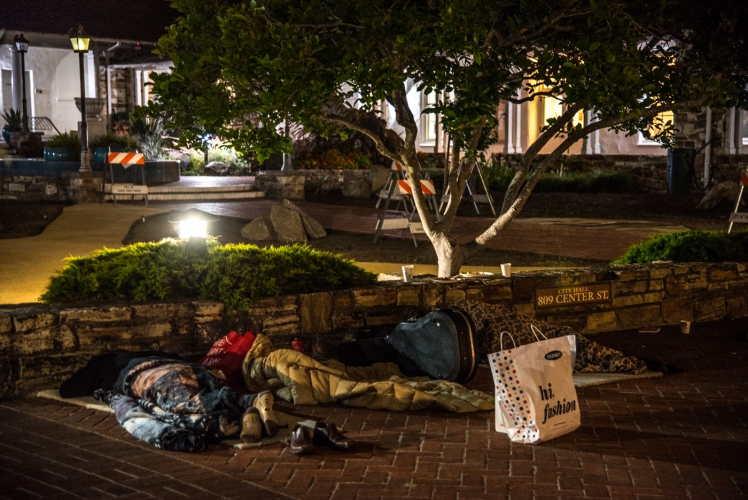 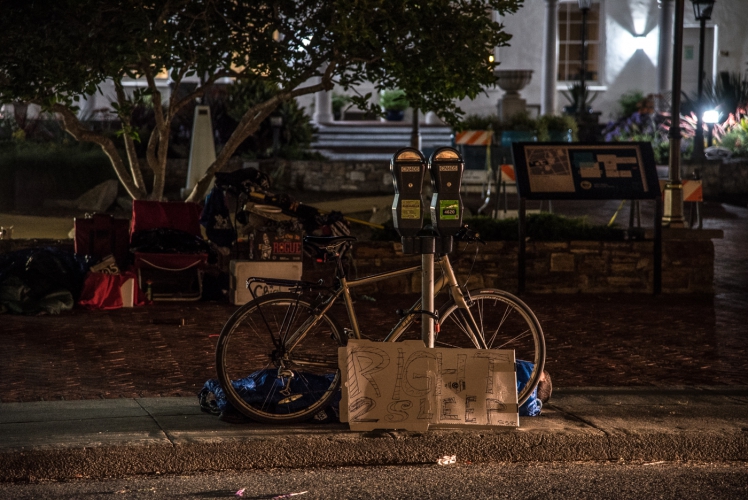 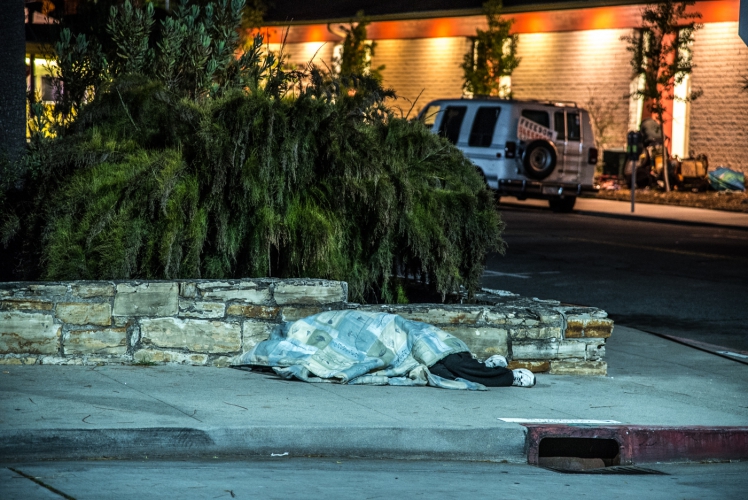 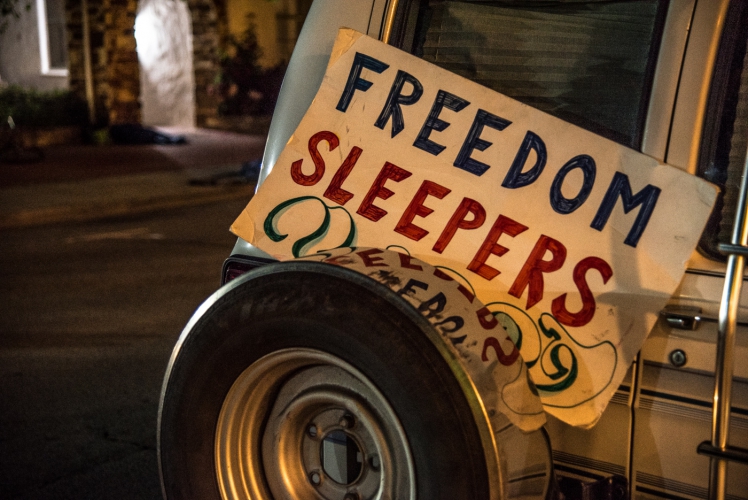 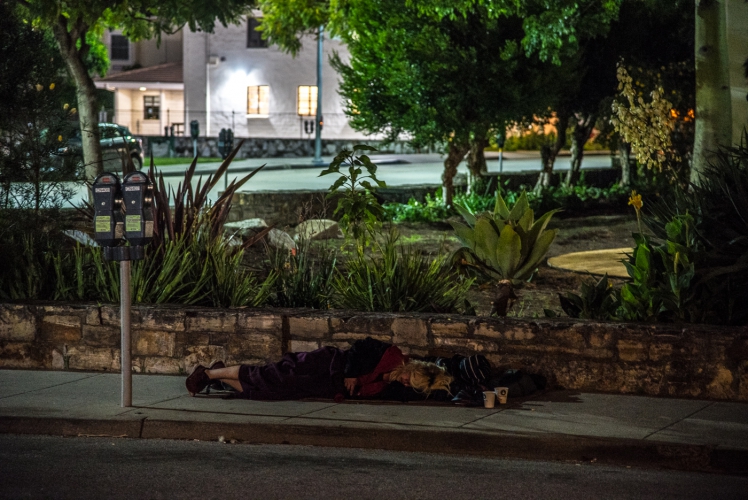 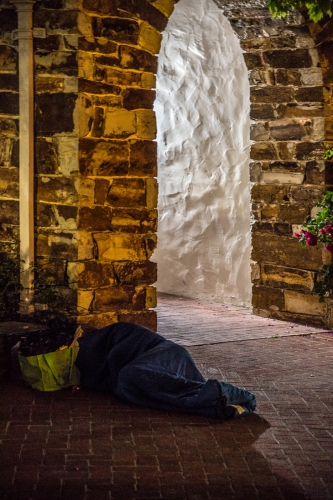 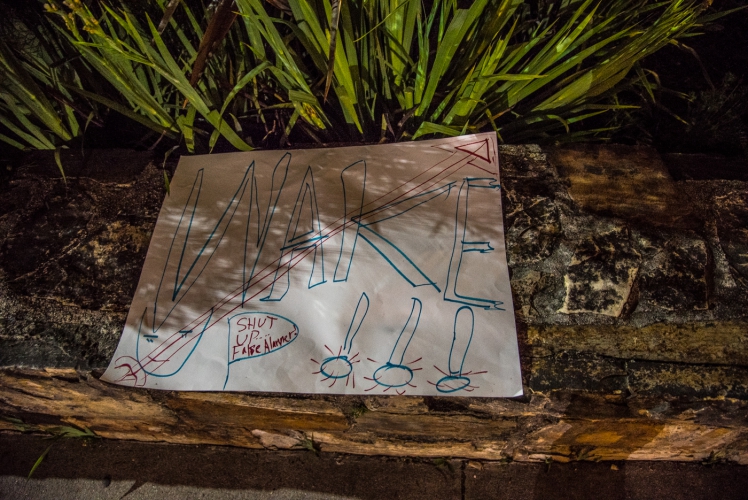 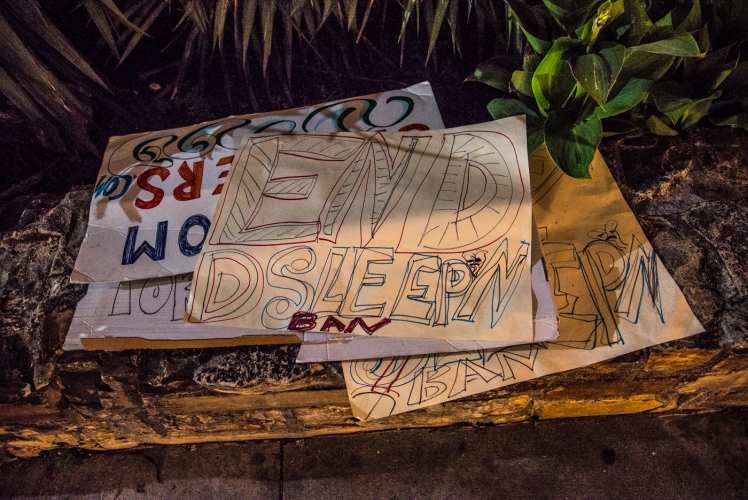 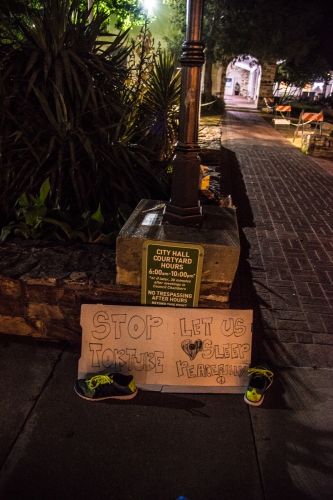 original image (935x1400)
Add Your Comments
Support Independent Media
We are 100% volunteer and depend on your participation to sustain our efforts!