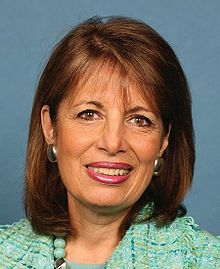 At a time when cell phones serve as a conduit to everything from work schedules to the latest news to family, it would be a dire mistake to constrain access to them in a way that specifically harms Black communities. We’ve already seen time and time again how well-meaning policy causes unforeseen harm to Black folks. Now it’s about to happen again, as Congressional legislators are drafting a bill that would require retailers to request identification from anyone buying a prepaid cellphone or SIM card.1 Voter identification (ID) laws that disproportionately burdens and marginalizes Black communities create the framework for other discriminatory policies like this.2 And as it becomes more difficult for many Black communities to secure ID, this bill will further hinder the ability of many, especially the poor or elderly, to communicate and interact with society.3 We can’t allow that to happen.

There's no proof that cell phones increase crime, so why are lawmakers preemptively punishing people?

The bill, called Closing the Pre-Paid Mobile Device Security Gap Act of 2016, was proposed by House Representative Jackie Speier (D-San Francisco/San Mateo) to help prevent acts of terror, drug trafficking, and modern-day slavery. Yet there is no substantial or definitive evidence that links the use of pre-paid, or “burner”, cell phones to increases in crime.4 On the contrary, research has shown that widespread cell phone use has contributed to an overall downward trend in crime nationally.5 Popular television shows like Breaking Bad, The Wire, and Weeds have embedded the connection between criminality and pre-paid phones in the public consciousness.6 But when politicians are unable to divorce fiction or racist stereotypes from reality, they create public policy that causes more harm than it prevents, especially for communities that are predominantly Black and poor.7

The harsher ID requirements are, the harder the lives of Black folks becomes. Enough is enough.

Pre-paid cell phones are predominantly used by the elderly, the poor, or those with concerns about their personal privacy. This goes doubly for Black communities, where cell phones are lifeline to everything from jobs to news to education and housing.8 Imposing a stringent requirement on identification to purchase pre-paid cell phones would further exacerbate the digital divide that marginalizes Black communities.9 Black people are three times as likely to not hold a valid ID as whites.10 And as racist voter ID laws spread around the nation, it becomes more and more difficult to obtain the sort of ID that this bill proposes.11 The more that Black people are disconnected from something as basic as access to communication and the internet, the more difficult it will be for us to protect our rights as citizens.

Will you stand with us to ensure that Black communities are not unjustly victimized?

http://act.colorofchange.org/sign/speier-I...
Add Your Comments
Support Independent Media
We are 100% volunteer and depend on your participation to sustain our efforts!