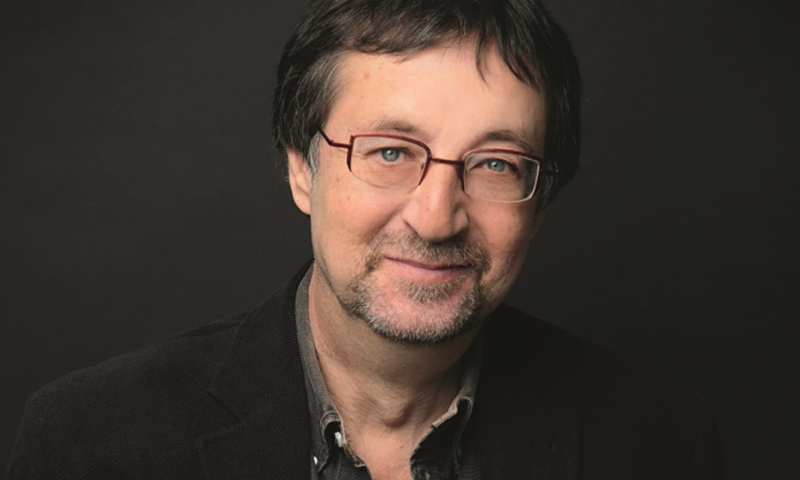 Guy Gavriel Kay's latest novel is Children of Earth and Sky. His previous novels include River of Stars, Under Heaven, Ysabel, The Last Light of the Sun, The Sarantine Mosaic, The Lions of Al-Rassan, A Song for Arbonne, Tigana and The Fionavar Tapestry. He has been awarded the International Goliardos Prize for his work in literature of the fantastic and won the World Fantasy Award for Ysabel in 2008. In 2014 he was named to the Order of Canada, the country’s highest civilian honor. His work has been translated into more than twenty-five languages.

Ariel Waldman is the author of What’s It Like in Space?: Stories from Astronauts Who’ve Been There and the co-author of a congressionally-requested National Academy of Sciences study on the future of human spaceflight. She's the founder of Spacehack.org, a directory of ways to participate in space exploration, and the global director of Science Hack Day, a 20-countries-and-growing grassroots endeavor to make things with science. She sits on the council for NASA Innovative Advanced Concepts (NIAC), a program that nurtures radical, sci-fi-esque ideas that could transform future space missions. She is also a fellow at Institute for the Future. In 2013, Ariel received an honor from the White House for being a Champion of Change in citizen science.

David Lau's first book of poetry, Virgil and the Mountain Cat, was described by the Believer as "simultaneously creative and destructive … grounded in—or rather, trapped by—the present." He was chosen as a Poetry Society of America New American Poet. Lau is also the author of the chapbook Bad Opposites (2012). With Cal Bedient, he edits the journal Lana Turner.

Kwan Booth is the editor of Black Futurists Speak: an Anthology of New Black Writing and producer of the Black Futurists Speaks literary series. He is currently editing a book on transformative leadership and management for arts organizations through a grant from the Emerging Arts Professionals Bay Area. He is also the creator of the Soul of Oakland and “Sit Next to a Black Person Month.” community media projects.

Writers With Drinks has won numerous "Best ofs" from local newspapers, and has been mentioned in 7x7, Spin Magazine and one of Armistead Maupin's Tales of the City novels. The spoken word "variety show" mixes genres to raise money for local causes. The award-winning show includes poetry, stand-up comedy, science fiction, fantasy, romance, mystery, literary fiction, erotica, memoir, zines and blogs in a freewheeling format.
END_OF_DOCUMENT_TOKEN_TO_BE_REPLACED
Added to the calendar on Mon, May 9, 2016 8:42PM
Add Your Comments
Support Independent Media
We are 100% volunteer and depend on your participation to sustain our efforts!