Add an Event
Newswire
Calendar
Features
Home
Donate
From the Open-Publishing Calendar
From the Open-Publishing Newswire
Indybay Feature
Publish to Newswire
Add an Event
Related Categories: San Francisco | Education & Student Activism | Racial Justice
SF State hunger striker speaks on cuts to Ethnic Studies and aims of their movement
by JR Valrey, SF Bay View
Sunday May 8th, 2016 7:02 PM
BlockReportRadio.com interviews SF State hunger striker and freshman Hassani Bell of the Third World Liberation Front 2016, on Day Seven of the hunger strike, about the gradual cuts to Ethnic Studies that the university administration has made over the years and TWLF ‘16’s demand to grant Ethnic Studies $8 million a year so it can thrive. (Full audio below) 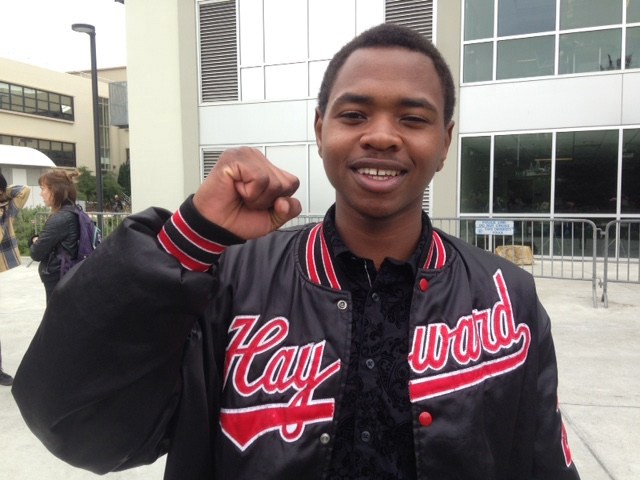 [Hassani Bell, 18, the youngest of the four SF State students on hunger strike, grew up in East Oakland and went to San Leandro High School, where he took ethnic studies courses, KQED reports. “I hope I can do the same thing my teachers did for me – convince youth that their lives matter. It’s hard to believe you really mean something.” – Photo: Natalie Yemenidjian, KQED]

While doing the interview he is in the hospital with his comrades visiting Equipto of the Frisco 5 and his comrades. Also he speaks on actor and former SF State student activist Danny Glover coming up to the university Monday at 12:30 p.m. to show his support for the strike.

“The police have been messing with us at night,” Hassani says, “especially when there aren’t all that many people out there.” So he’s asking the people to come by any time to show support and saying that the best way is for those who can to spend the night with the strikers.

The students are also demanding a graduate advisor and a larger College of Ethnic Studies resource center. But approval of their demand for increasing the college’s budget to $8 million is the action that will bring the hunger strike to an end. 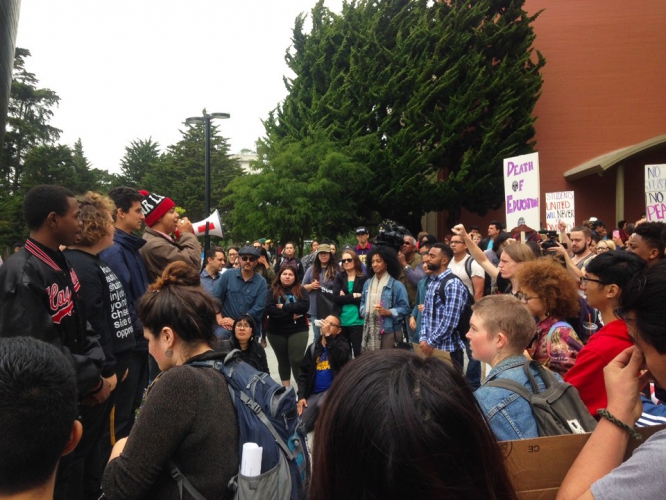 original image (960x720)
Hundreds of students rallied at the kickoff for the hunger strike May 2. KQED quoted hunger striker Ahkeel Mestayer, 20: “If Ethnic Studies doesn’t get the $8 million, we’re coming for [President Leslie Wong’s job],” adding that another complaint behind the strike is the administration’s retaliation by not allowing the College of Ethnic Studies to hire new faculty for two vacant tenured positions.
http://sfbayview.com/2016/05/sf-state-hung...
§These are the four SFSU hunger strikers
by JR Valrey, SF Bay View Sunday May 8th, 2016 7:02 PM 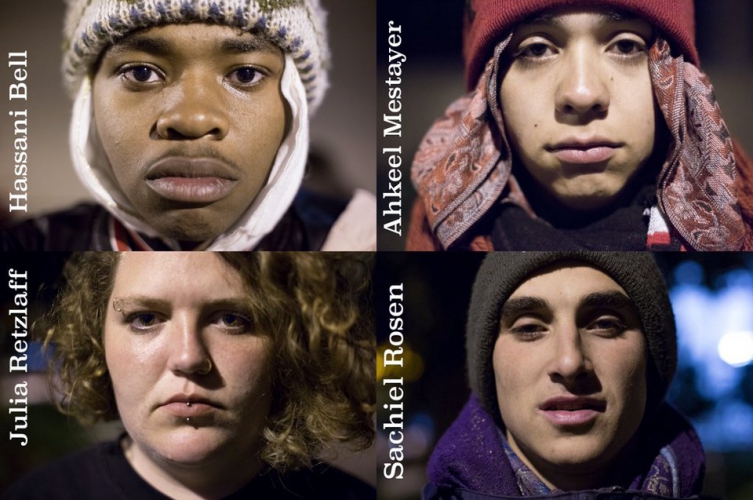