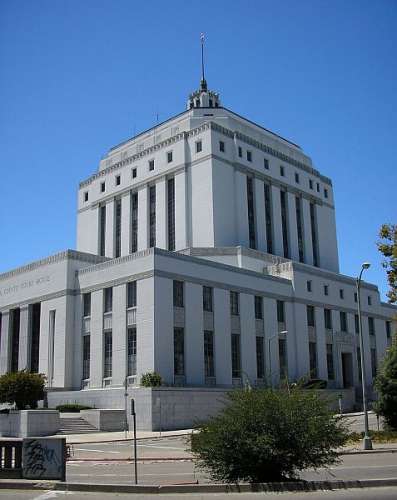 Import event into your personal calendar
Date:
Friday, May 20, 2016
Time:
9:00 AM - 11:00 AM
Event Type:
Court Date
Organizer/Author:
Support the Land Action 4
Location Details:
René C. Davidson Courthouse, Dept 10.
1225 Fallon St. Oakland, CA
You know that old saying, “third times a charm...” Well, this will be the 3rd time that all of you have come out to show your immense support of the Land Action 4 and this huge, grass-roots, housing rights movement.

On MAY 20th, at 9am in DEPT 10 of the RENE C DAVIDSON COURTHOUSE The Land Action 4 have been promised a full half-day of the court's time and an entire courtroom to ourselves!!! This is really huge!! Our legal defense team, with Tony Serra leading the charge, will present our Motion to Dismiss all charges.

Having the entire courtroom to ourselves can be an immense boon, and we want to make sure that WE PACK THE COURTROOM!!! That means that we really need every single one of you to be there. Each of you will have an extremely meaningful presence at this critical legal cross-roads, as this court case stands to set strong legal precedence around the use of adverse possession laws as a means to shelter. We need to show the court, the judge and rest of Oakland that our momentum won't be dragged down by the court's stalling tactics.

Twice now the Land Action 4 have stood before the discerning eye of a judge with a huge show of community support, twice now the powers that be have told us that they didn't have time to listen to our plight. And finally, we have been promised by those powers that be that we will be heard!!! But, promises from “on high” only get us so far….

Some have said that our Motion reads like a HOUSING RIGHTS MANIFESTO and no doubt Tony Serra will orate it as such with fire and passion!!

So, please join The Land Action 4, our legal defense team and this powerful community of people who care about the basic human right of all folx to have shelter on MAY 20TH, at 9AM in DEPT 10 of the RENE C DAVIDSON COURTHOUSE.

*********
In case you are just tuning into this Bay Area Housing Crisis Drama...
Here is the full back story as told by defendants Patrick Xu and Wren Hyde

On April 8th during the show Living Room, defendant Steven Dicaprio and attorneys Walter Riley and Dan Siegel talked about the Land Action 4 case specifically and address the political and economic side of the current Housing Crisis.

AND.... If you have the monies, we are $495 away from reaching our goal of paying back Patrick's bail money that he had to borrow!!! AND if we can raise even more than our goal the money will go towards the court fees that we are steadily accruing.

[ Photo: Alameda County Courthouse in Oakland. By Albrecht Conz. ]
END_OF_DOCUMENT_TOKEN_TO_BE_REPLACED
Added to the calendar on Wed, May 4, 2016 5:52PM
Add Your Comments
Support Independent Media
We are 100% volunteer and depend on your participation to sustain our efforts!