Add an Event
Newswire
Calendar
Features
Home
Donate
From the Open-Publishing Calendar
From the Open-Publishing Newswire
Indybay Feature
Publish to Newswire
Add an Event
Related Categories: Santa Cruz Indymedia | Environment & Forest Defense | Global Justice & Anti-Capitalism | Labor & Workers | Racial Justice
May Day in Santa Cruz Sees Visits to the Boardwalk and New Leaf Market
by Alex Darocy (alex [at] alexdarocy.com)
Tuesday May 3rd, 2016 9:47 PM
International Workers Day was honored on May 1 in Santa Cruz with a march in support of two food justice issues of particular concern locally: the international boycott of Driscoll's, which is headquartered in Watsonville, and the fight to preserve the Beach Flats Community Garden. 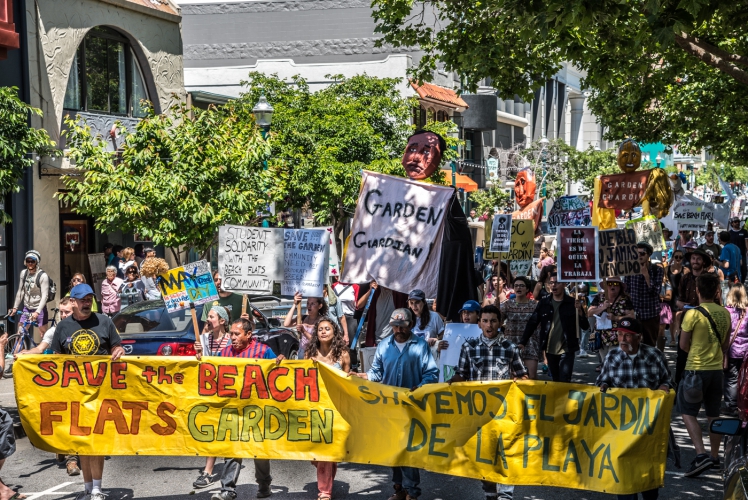 original image (1400x935)
The march began at Santa Cruz City Hall and made its way to the downtown New Leaf Market, where a large group of demonstrators entered the popular natural foods store. Inside the market, a letter signed by community members was delivered to the business asking them to honor the Driscoll's boycott and to stop selling the brand's berries.

After leaving the Seaside office, the march ran parallel to the Boardwalk down Beach Street to the wharf, before ultimately returning to the Beach Flats Garden for snacks. Jardíneros spoke at a number of locations along the march route, and in addition to the greater community, there was strong support from UC Santa Cruz students.


For more information about the Beach Flats Community Garden, see:

For more information about the Driscoll's boycott, see: 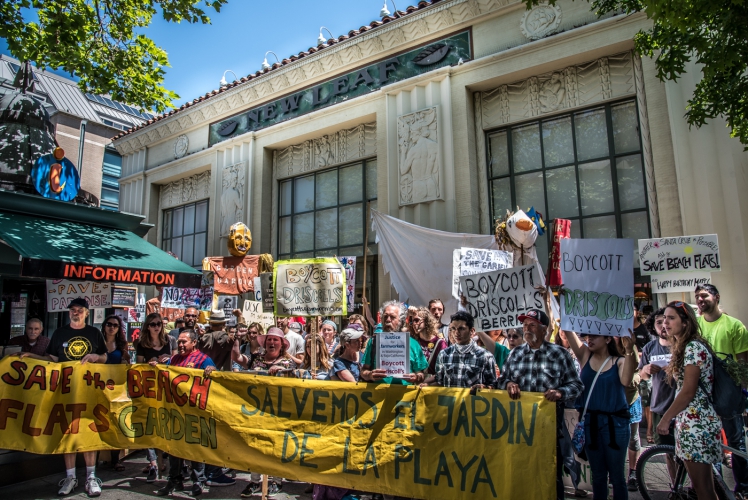 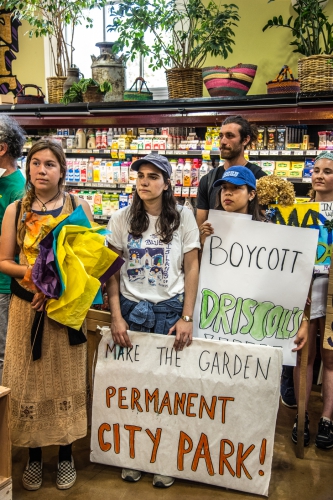 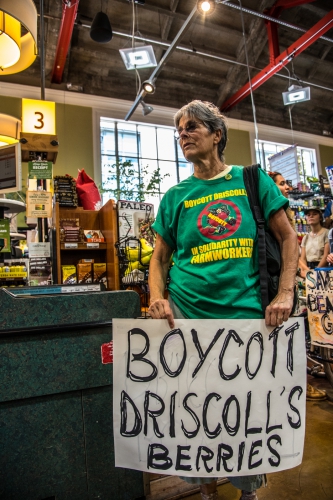 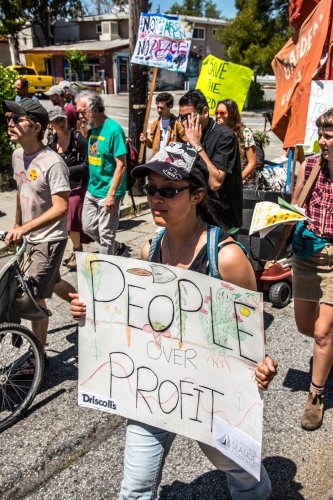 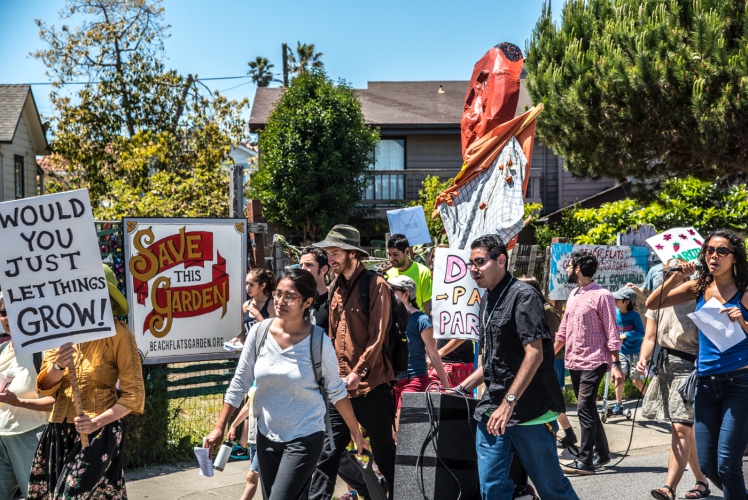 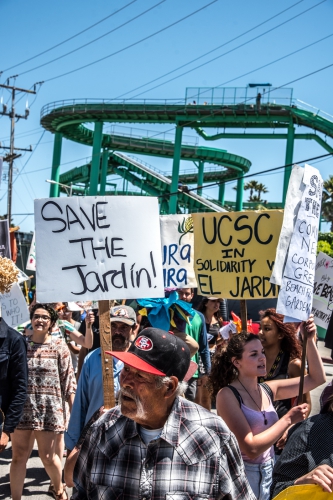 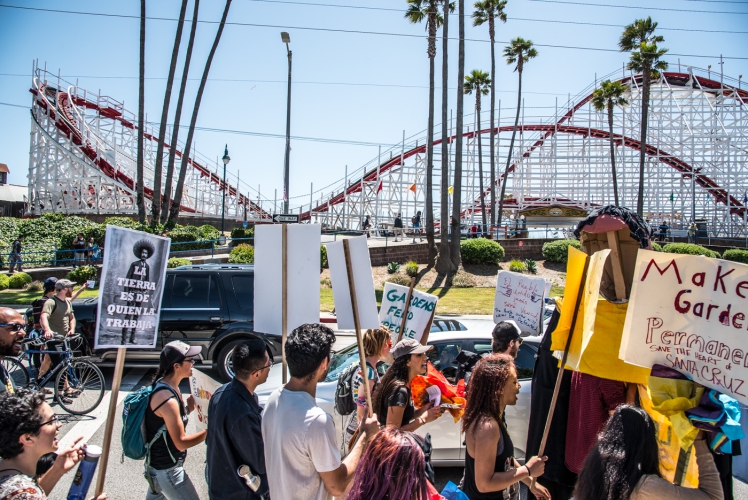 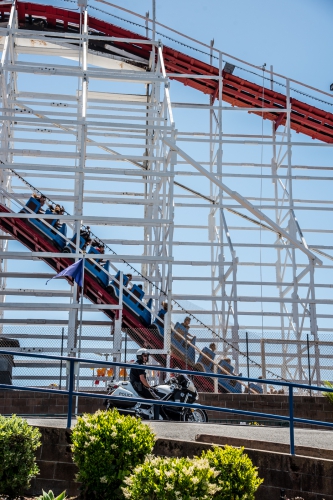 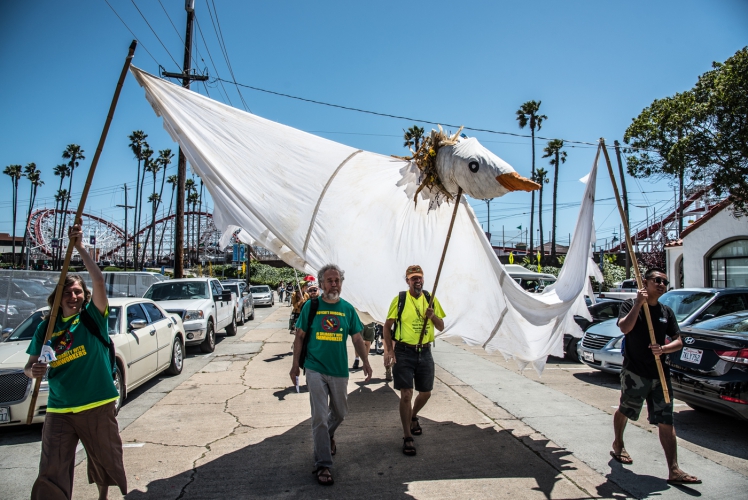 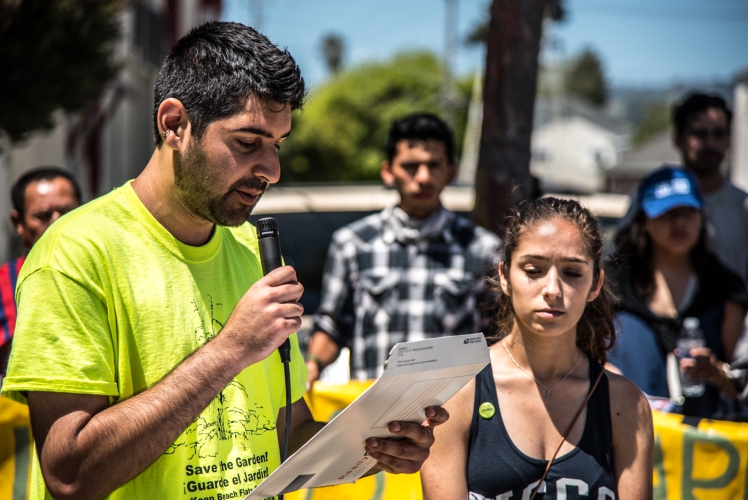 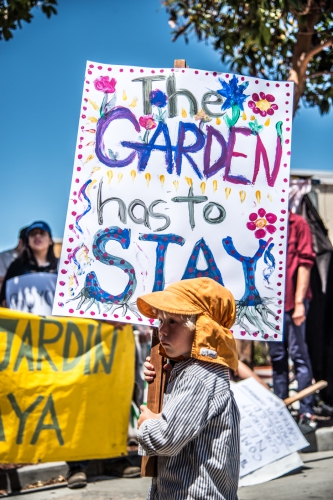 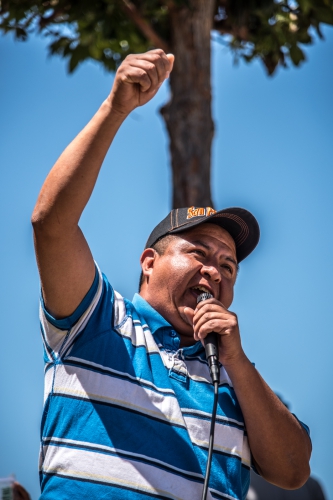 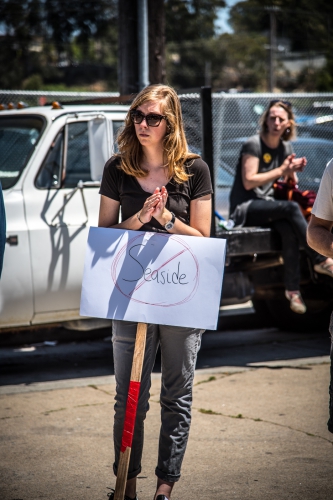 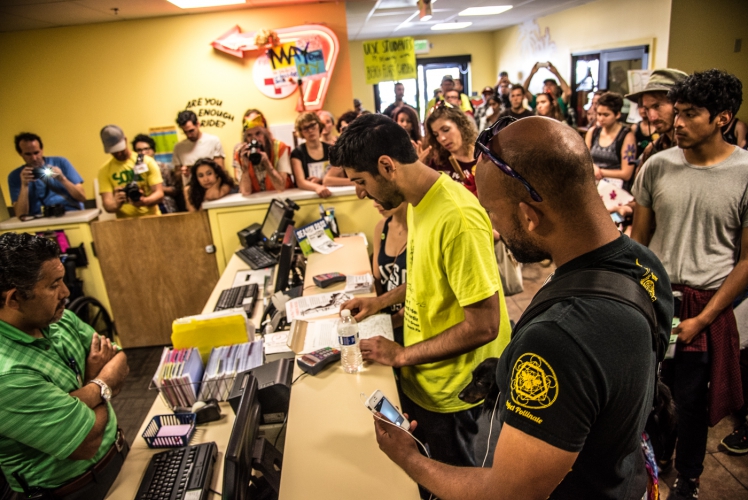 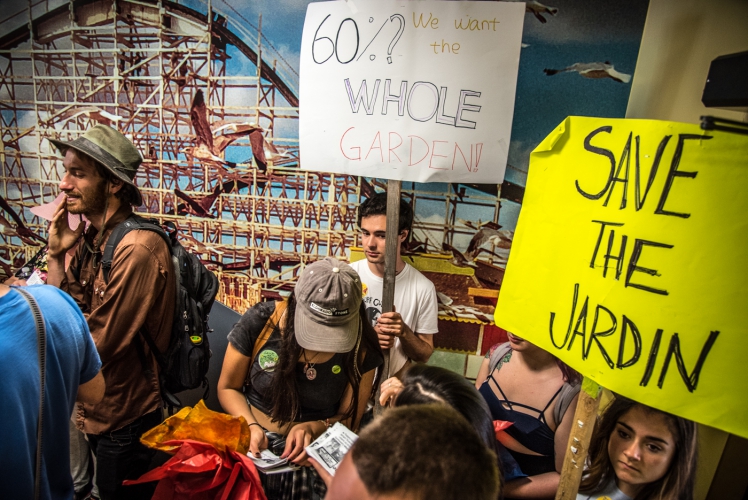 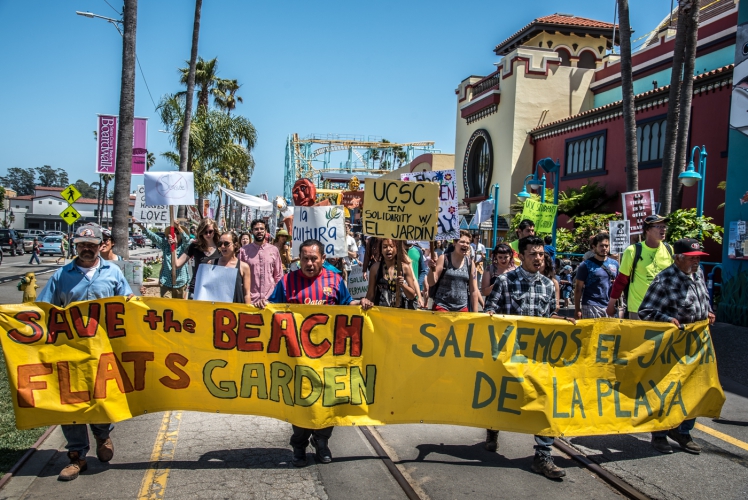 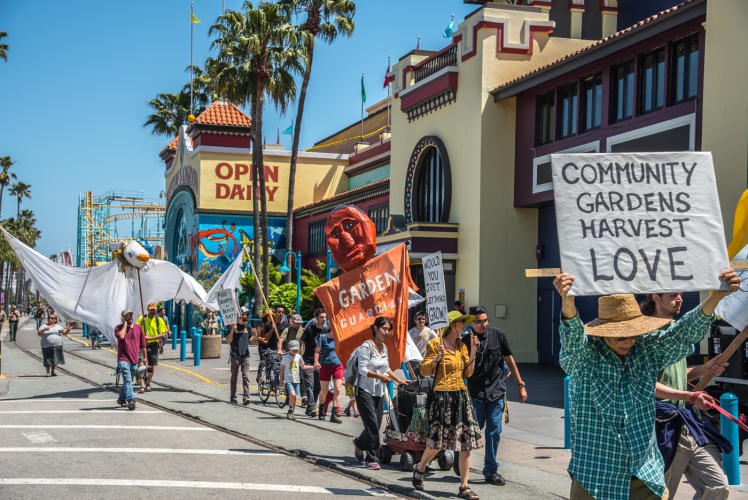 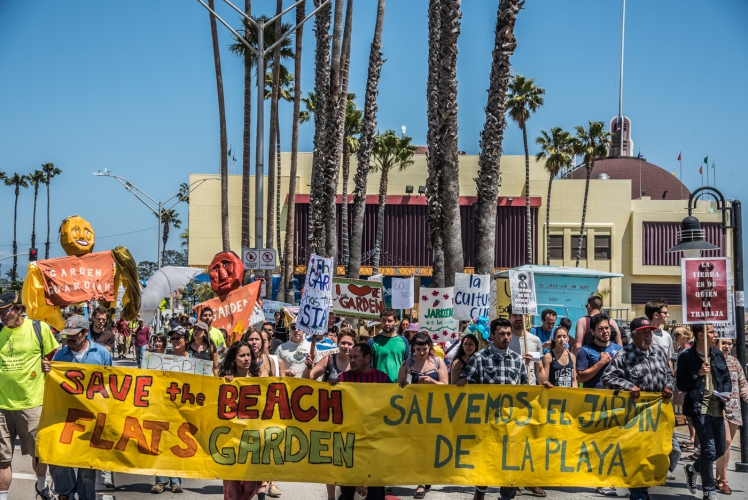 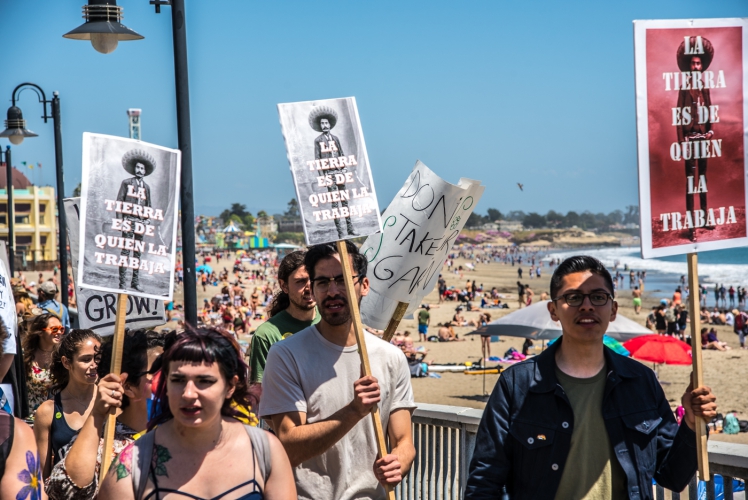 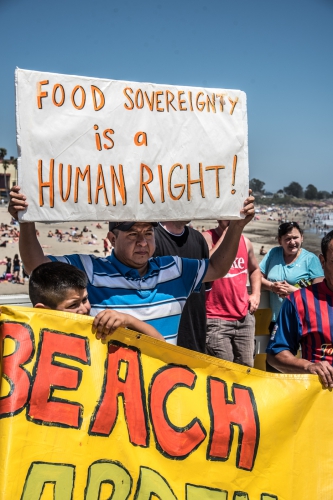 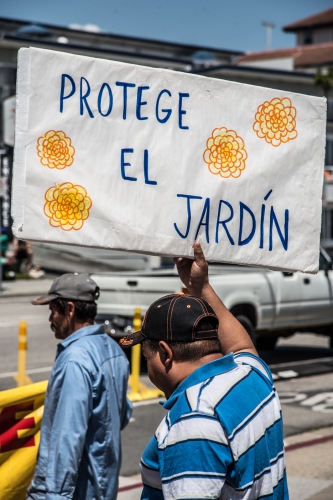 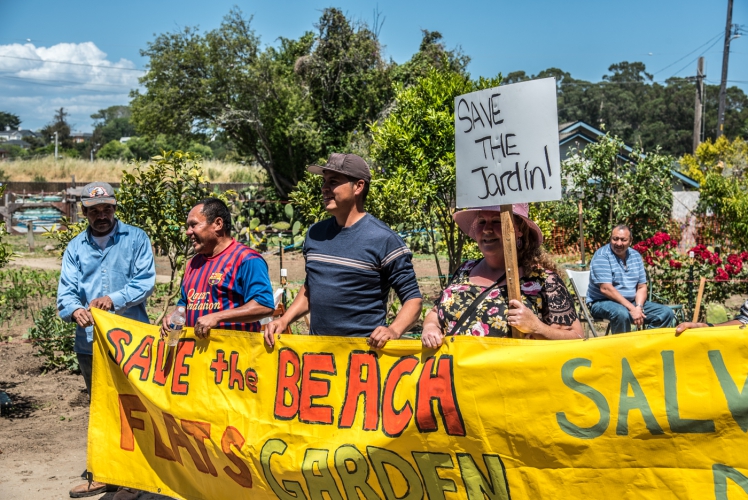 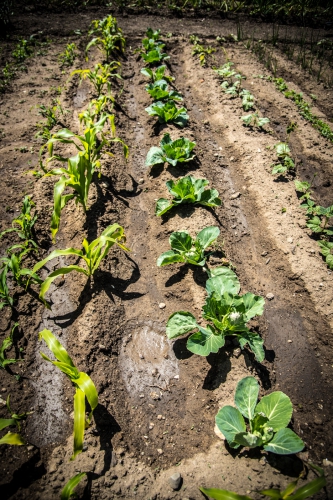 original image (1400x935)
The City of Santa Cruz bulldozed 40% of the Beach Flats Garden and installed an orange fence to mark the area the Seaside Company intends to take back.
Add Your Comments
LATEST COMMENTS ABOUT THIS ARTICLE
Listed below are the latest comments about this post.
These comments are submitted anonymously by website visitors.