Trump Crosses The Border: Youth & Workers Speak Out In California

by Labor Video Project
Donald Trump had to cross the border in Burlingame to get into the California Republican party state convention. He faced up to 1,000 youth and workers who were protesting and demanding that he get out of California. 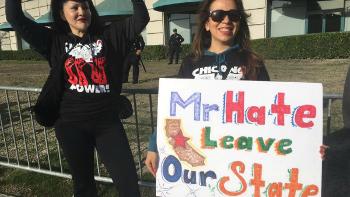 Racist nationalist Donald Trump came to California and had to cross the border in Burlingame on April 28, 2016 to attend the California Republican party convention. He was met with up to 1,000 protesters who forced his caravan to sneak in the back door of the Hyatt Regency Hotel in Burlingame.
The youth and workers spoke out about Trump and the systemic problems facing youth, working people and our political parties and system.
Production of Labor Video Project
http://www.laborvideo.org
END_OF_DOCUMENT_TOKEN_TO_BE_REPLACED
Related Categories: Peninsula | Labor & Workers
§No To Hate
by Labor Video Project 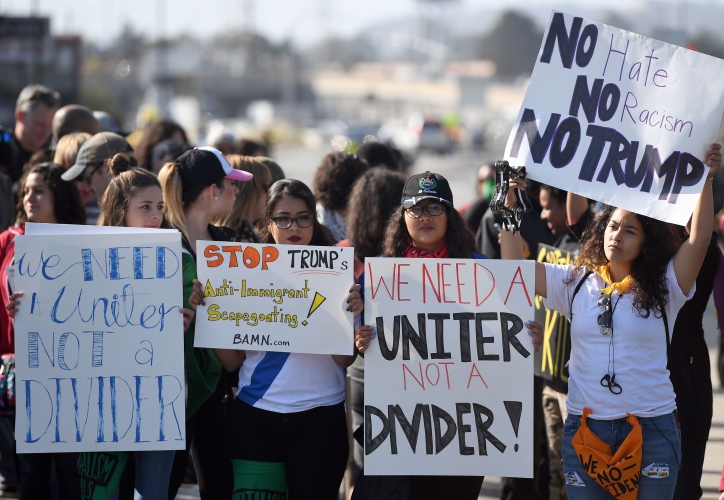 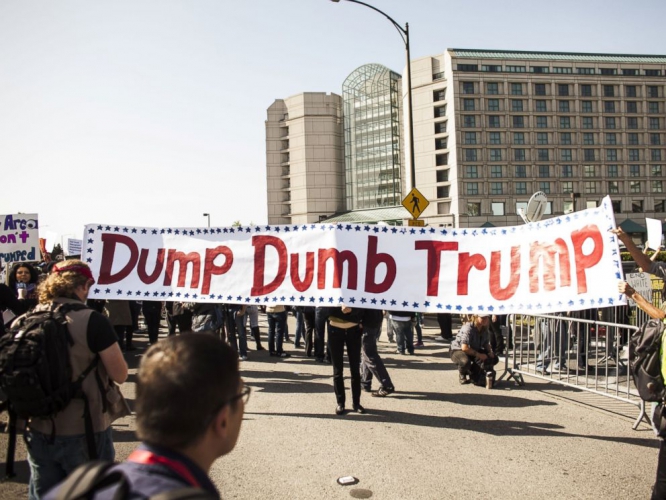 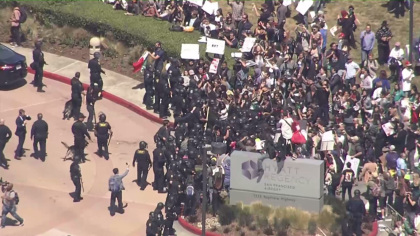 Although hundreds of police were mobilized Trump still had to sneak into the hotel.
END_OF_DOCUMENT_TOKEN_TO_BE_REPLACED
§Stop Racism Say Youth
by Labor Video Project 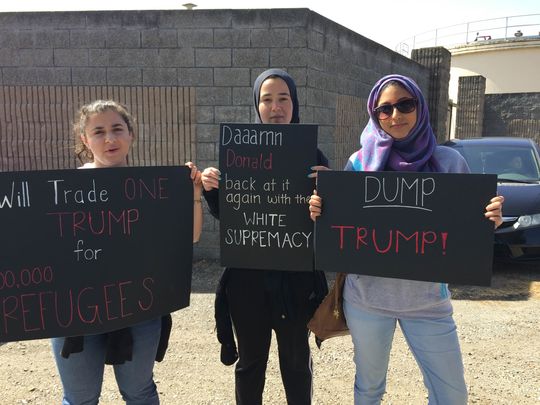 Many of the young protesters demanded an end to racist speech of Trump.
END_OF_DOCUMENT_TOKEN_TO_BE_REPLACED
§Trump Had to Sneak In The Backway to The Burlingame Hyatt Regency
by Labor Video Project 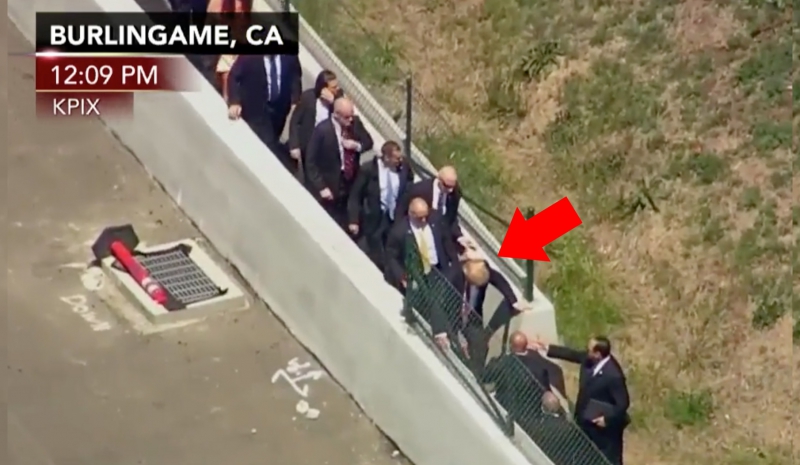 original image (1810x1054)
Trump was forced to go through a fence to get into the convention.
END_OF_DOCUMENT_TOKEN_TO_BE_REPLACED
§One of the protesters called Trump a Nazi
by Labor Video Project 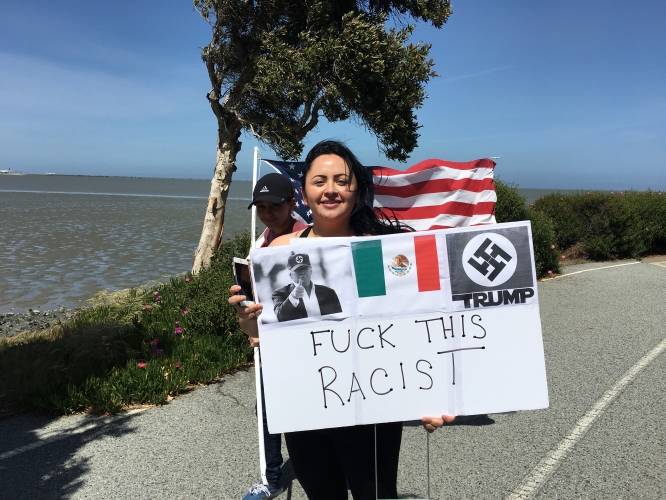 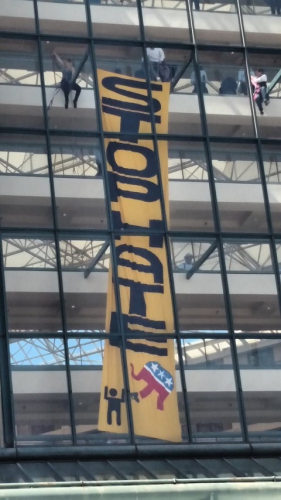 original image (480x854)
Protesters were able to get into the hotel to put up a banner against hate.
END_OF_DOCUMENT_TOKEN_TO_BE_REPLACED
Add Your Comments
§Correcting the misconceptions of the anti-Trump crowd
by Dump Trump & Clinton
Donald Trump's paternal grandparents were German immigrants in 1885. His mother was a Scottish immigrant around 1930. They did not come on the Mayflower, as one speaker in this video claimed. See
https://en.wikipedia.org/wiki/Donald_Trump

Trump is most likely to win the California Republican primary. See
http://www.270towin.com/2016-republican-nomination/california-primary

Keep in mind Trump already has won the New York and Pennsylvania Republican primary, 2 large Northern states. He is most likely to win Indiana, a state as big as Massachusetts which Trump won. See
http://www.nytimes.com/elections/results/massachusetts

As you can see on the national map, Trump is winning the usual Republican states in the Republican primary, plus some that usually vote Democrat in November. See
http://www.nytimes.com/elections/2016/national-results-map

Assuming Clinton is the Democrats’ candidate in 2016 and Trump is the Republican candidate, Clinton will have to fight an uphill battle to win because the presidential race in a large country like the USA is a referendum on the economy, which is again in big trouble. The Gross Domestic Product slowed to .5% of annual growth in the First Quarter of 2016. It had been higher in the previous 3 quarters. Clinton will have to hope there is no recession before election day. Otherwise, Trump wins. The name of the game is always money. See
http://www.liberationnews.org/faced-sputtering-economy-u-s-steps-war-drive/

The older generation has long ago passed the torch to the young. The young must do labor organizing if they want any serious change in this country. Elections do not create change; they reflect the class struggle that has preceded them, if any.
Add a Comment
Support Independent Media
We are 100% volunteer and depend on your participation to sustain our efforts!