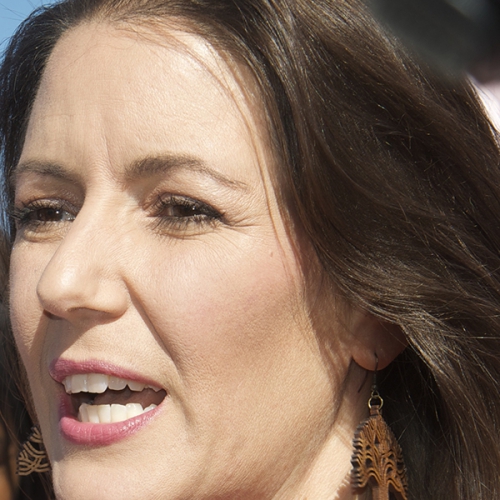 original image (600x600)
Congresswoman Barbara Lee addressed the Post Salon on Sunday with Troy Williams to discuss the need to remove barriers to employment and government services for the formerly incarcerated.

During the question and answer session of the evening, Lee responded to Post publisher Paul Cobb’s question about last week’s Post article, saying she was surprised that Oakland or any other city in her district would not choose to apply for federal dollars for youth and other jobseekers.

A fact sheet outlining how nearly half of the federal jobs funds is being used by Oakland to pay for internal city staff support was presented at salon.

The Salon voted to ask the public to use social media to spread the word to attend Councilmember Larry Reid’s Community and Economic Development Committee meeting Tuesday at 1 p.m. at City Hall, where using available funds for job programs instead of returning them to the State will be discussed.

The Salon also voted unanimously to endorse the Protect Oakland Renters Initiative for the November ballot.

During the salon, Post publisher Cobb reported on how the Mayor has refused his numerous requests for an exclusive interview, even though she was one of the three candidates endorsed by the Post in the last mayoral election.

Cobb said Schaaf would not grant the Post an interview unless she could have prior knowledge and approval of what questions would be asked.

Cobb also said that the Post will continue to publish the Mayor’s intent to shut down the seven-district neighborhood budgeting process and replace it with a hand-picked three-member committee that will decide on where funding goes.

He said she wants to use the funds for her own projects and groups.

“She is drying up funding for neighborhood-based non-profits, which speeds up the gentrification process,” said Cobb.

“That’s why the mayor wants to give an exclusive 17-year contract to privatize Raimondi Park, in exchange for a $2 million gift to the city, further drying up options for Black youth to have access to public parks,” said Cobb.

Bill Patterson, an EBMUD Director who endorsed Schaaf, said he will speak to the Mayor about the greatness of Raimondi and its historical contribution to many of Oakland’s hall of fame athletes.

“Why not make Oakland a livable place for those who presently live here? Is the Mayor’s new slogan to be ‘It’s Hella Time for Blacks to Leave Oakland?’”

According to Cobb, this is reminiscent of a “plantation-style” decision making where a few people get to make the decisions that will affect a multitude of underrepresented residents.

The Mayor also has repeatedly said that she does not consider the policies and goals of the new department of Race and Equity relevant because it doesn’t have a director yet.

The Salon voted to invite the Mayor, the City Attorney, former City Administrator Fred Blackwell, the present City Administrator and the East Bay Community Foundation Director to answer questions about whether the city and its network of foundation partners were holding out grant promises to community groups based up their political stance with Mayor Schaaf.

“We have been warned by many in City Hall that if the Post continues publishing investigative articles about certain topics, it could cause the Mayor to curtail City announcements and public notice advertising to the Post and El Mundo as punishment for our questions,” said Cobb.

“These stories include the lack of local hiring at Phil Tagami’s army base project, the questions of how the city is seeking to delay a decision on coal until after the elections to allow some incumbents to vote for it without repercussions, organizing support for the moratorium on rent increases, the advocacy for a Black Arts Movement and Business District, and the publishing of city staff salaries of more than $100,000 per year,” he said.

Cobb said the Post will put this on the City Council agenda to make sure that the Post and El Mundo gets it fair share of advertising.

The Salon voted to invite Congresswoman Barbara Lee, Mayor Schaaf and Governor Jerry Brown to a citywide gathering of all of Oakland’s formerly incarcerated population to explain what they intend to do to find jobs for them.

Cobb said, “It’s interesting that Jerry Brown and Libby want us to vote for the governor’s prison bill but at the same time they don’t want to make sure the formerly incarcerated get jobs.”

http://postnewsgroup.com/blog/2016/04/25/m...
Add Your Comments
LATEST COMMENTS ABOUT THIS ARTICLE
Listed below are the latest comments about this post.
These comments are submitted anonymously by website visitors.