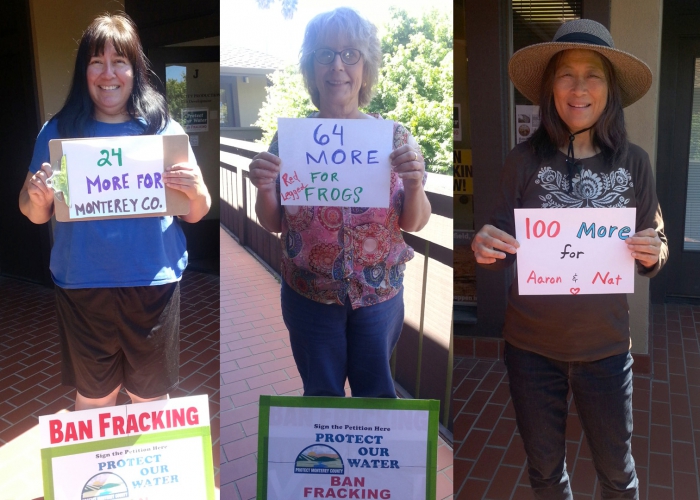 original image (1512x1079)
1) We're almost there! Please help with a final BIG PUSH to get more signatures! This thermometer shows in RED how many more we need by May 1st to reach our goal.

3) Thanks for taking part in this historic petition drive to Protect Monterey County. We have more volunteers (220 people) than any other local initiative. To document this heroic endeavor to transform Monterey County, we're starting a Local Heroes album.

Please email a picture of you holding a sign that dedicates the signatures you're collecting to something or someone who inspires you. How many more do you plan to collect by May 1st.

Above are some pics of volunteers:
§Thermometer
by Protect Monterey County Wednesday Apr 20th, 2016 8:48 PM

original image (943x3300)
Add Your Comments
Support Independent Media
We are 100% volunteer and depend on your participation to sustain our efforts!