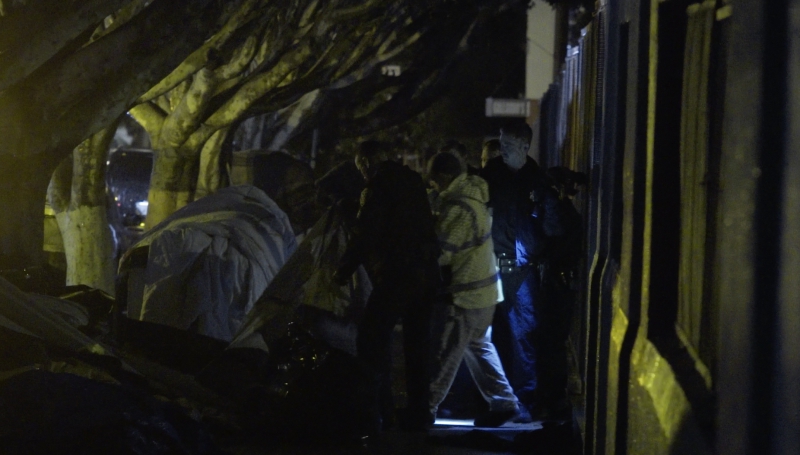 original image (1852x1054)
San Francisco, CA (April 10, 2016) -- On Saturday night, approximately 6 members of the San Francisco Police Department raided the encampment on Shotwell Street between 17th and 18th Streets, the site of Thursday's police killing of Jose Luis Gongora. Witnesses, including us, gathered in response to a call from The Alex Nieto Coalition spokespeson Adriana Camarena on social media who received a phone call alerting her of the sudden police presence . Witnesses told The Anti Police-Terror Project that police officers knocked over objects with sticks, including several memorial candles that lined the front of Gongora's tent which is still at the scene. The officers were not keen on us filming their actions as they shined their flashlights directly into our camera lens as we tried to capture them dismantling several tents. Witnesses also saw them slashing into shelters with a knife.

"This is retaliation for witnessing a police shooting" stated Camerena at the scene. Her sentiment rang true as the police did not completely destroy or remove the encampment. After several more witnesses arrived, they got in their vehicles and left, leaving several tents and various scattered objects completely intact. Residents of the encampment did not know what to expect next, but nonetheless began to clean up their belongings, while some went back to bed.
http://antipoliceterrorproject.org
§
by Frank Sosa Sunday Apr 10th, 2016 3:32 AM 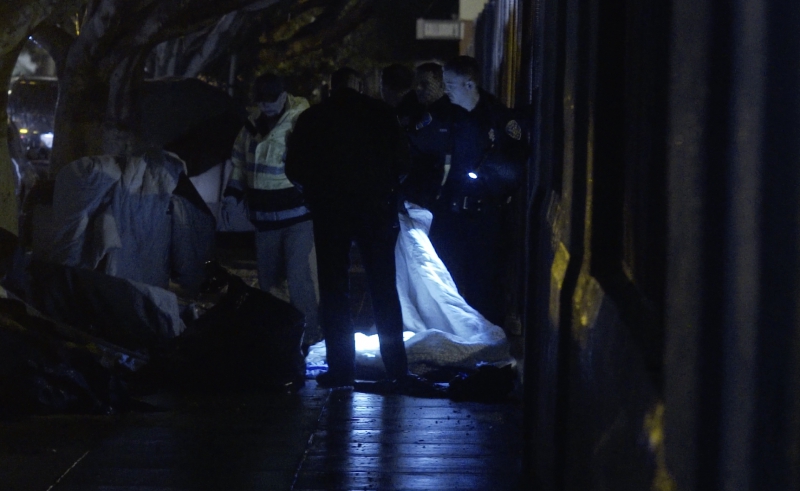 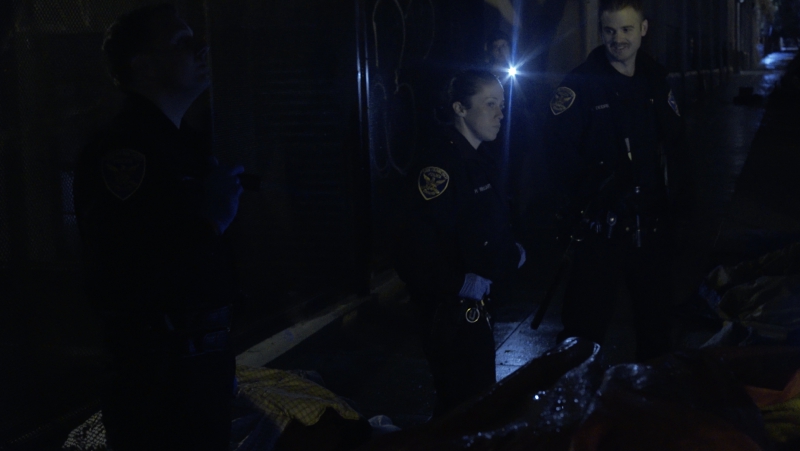 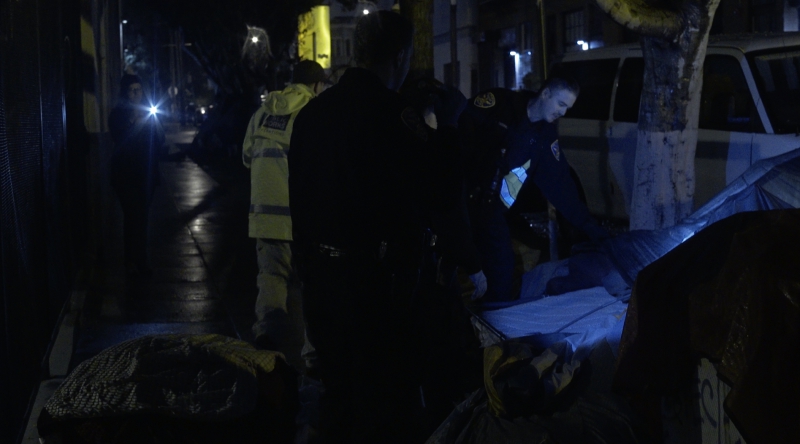 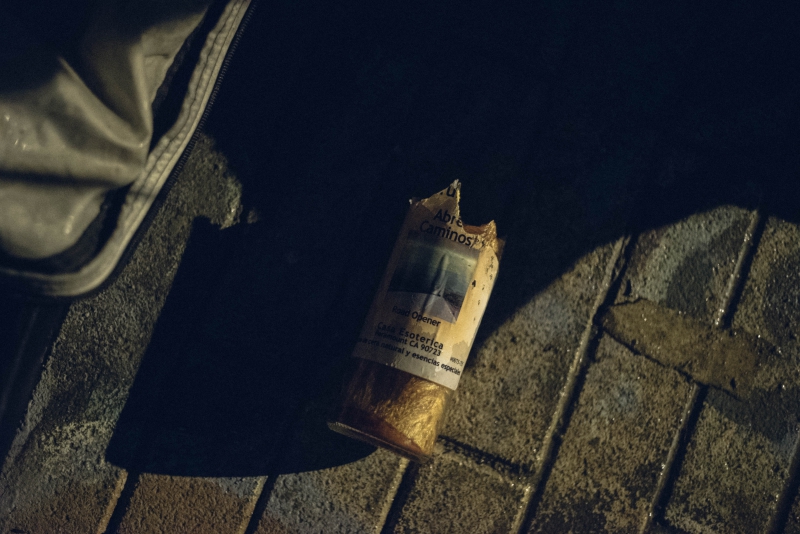 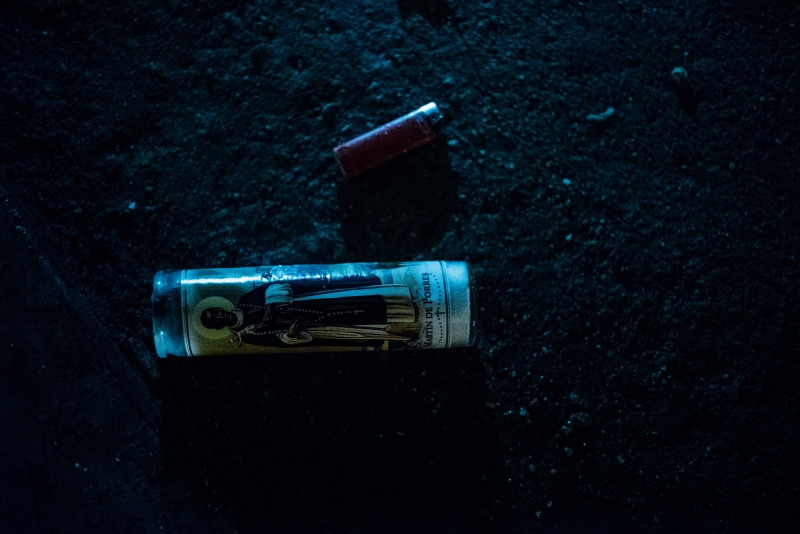 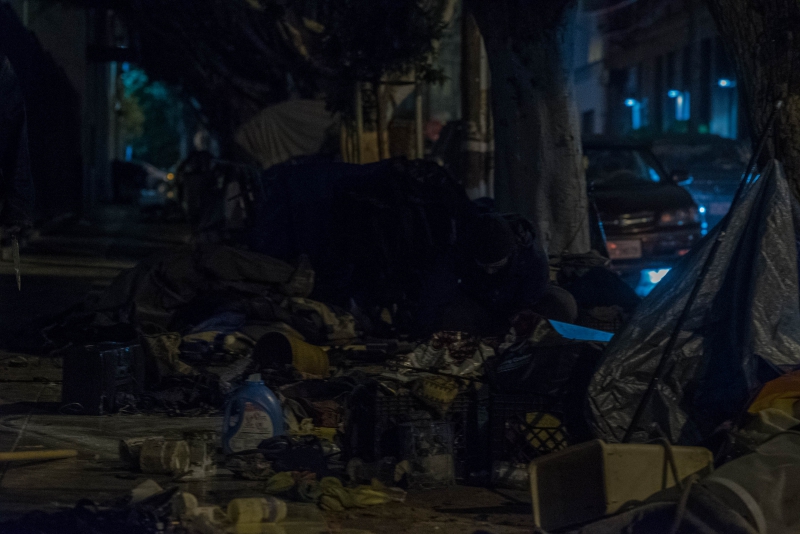 original image (4240x2832)
http://antipoliceterrorproject.org
Add Your Comments
LATEST COMMENTS ABOUT THIS ARTICLE
Listed below are the latest comments about this post.
These comments are submitted anonymously by website visitors.