by #OSUDivest
Students at Ohio State University respond to efforts by members of Congress to intervene in campus divestment proceedings.

#OSUDivest writes, "Although you profess an interest in promoting 'lasting peace in the Middle East,' your letter’s inaccurate and misleading characterizations of the nonviolent Boycott, Divestment and Sanctions (BDS) movement suggest quite the opposite. Such a peace can only be achieved when tomorrow’s leaders are free to debate and discuss the merits of proposals aimed at achieving a just settlement of the Israel-Palestine issue." 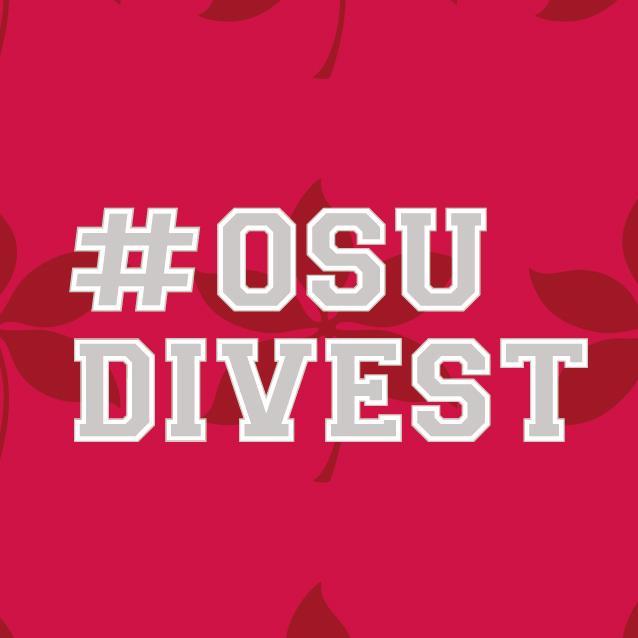 We write in response to your letter dated March 21, 2016 “advising” members of the Ohio State University Undergraduate Student Government (USG) to reject a divestment resolution currently pending before the USG general assembly. As organizations representing a broad and diverse constituency of Ohio State students, we are dismayed and profoundly disappointed that you would deem it appropriate to meddle in deliberations regarding an internal University matter.

Although you profess an interest in promoting “lasting peace in the Middle East,” your letter’s inaccurate and misleading characterizations of the nonviolent Boycott, Divestment and Sanctions (BDS) movement suggest quite the opposite. Such a peace can only be achieved when tomorrow’s leaders are free to debate and discuss the merits of proposals aimed at achieving a just settlement of the Israel-Palestine issue. Student initiatives urging divestment of university assets from corporations complicit in human rights abuses are just one component of this vigorous and necessary debate.

Rather than promoting “constructive dialogue among diverse parties,” however, unwarranted and misinformed calls to reject divestment by public officials in positions such as yours do a disservice to students who are attempting to reach their own informed conclusions about divestment. Instead, they only serve to stifle student speech by altering the terms of a conversation that should be left to OSU students.

Resolution 48-R-43, “A Resolution to Support the Withdrawal of OSU’s Investments in Corporations Complicit in Human Rights Violations,” calls for the divestment of University funds from British security firm G4S, Caterpillar Inc., and global information technology company Hewlett-Packard. These corporations have a well-documented track record of aiding and abetting human rights abuses in Israel and the Occupied Palestinian Territories by, for example, supplying bulldozers used to illegally demolish Palestinian homes; maintaining the technical capabilities of checkpoints that limit Palestinians’ freedom of movement and access to medical care and other critical social services; and providing the infrastructure and services to support the global prison industrial complex, respectively.

As should become abundantly clear to anyone who has read it, this resolution is not intended to “isolate” Israel nor “breed discrimination and hate,” but rather to hold OSU accountable for the implications of its business decisions and ensure that its financial investments are not implicated in human rights abuses domestically or abroad. While a fundamental operating premise of the #OSUDivest campaign has always been the necessity of recognizing and critiquing the structural violence of the Israeli occupation, our critique lies also with the three aforementioned corporations and our university’s complicity in those corporations’ human rights violations.

Furthermore, your rejection of divestment on the grounds that it is unproductive and would create divisions on campus makes a mockery of the higher education experience. By suggesting that students are incapable of grappling with complex and controversial issues in a thoughtful and civilized manner, you rob them of their agency and discount the months of painstaking organizing and intersectional alliance building that our movement was built upon. Let us be clear: the #OSUDivest campaign has, from the very beginning, been a campaign of, for and by OSU students. From holding town hall events to engaging students in conversations through letters to the editor, #OSUDivest has endeavored at all stages to build a transparent and inclusive movement built on the diversity of the unique identities and perspectives of its individual members. That three of Ohio’s 16 United States Representatives felt the need to personally intervene in a matter before a student government body is an ironic testament to the power of the BDS movement and the movement for Palestinian human rights.

Our campaign is based on the understanding that, as Martin Luther King Jr. famously stated, “An injustice anywhere is a threat to justice everywhere.” We view divestment as an important step in not only advocating for justice for Palestinians but also creating a more just campus community. As long as our university is complicit in human rights violations abroad, it cannot be truly inclusive and safe for all students. For that reason, we work alongside other student organizations to challenge all forms of oppression and bigotry that exist on campus.

In urging USG representatives to reject divestment, you have subverted the student democratic process and abdicated your responsibility to serve as representatives to all your constituents. We urge you to respect the sovereignty of the USG and to cease your unprecedented infringement of student speech and association on our campus. Sincerely,